The vaccine billionaires’ fortune grows: Inventor of Biontech jab adds $4bn to his fortune while his investors make EIGHT BILLION as countries scramble to inoculate populations

The inventor of the BioNTech jab has added $4 billion to his personal fortune, while his investors have made double that as countries continue to scramble to inoculate populations from coronavirus.

Ugur Sahin, CEO and founder of the German biotech firm that has teamed up with Pfizer on its vaccine, has seen share prices soar over the past year.

With $5.24bn to his name, he is now the 478th richest person on the planet, according to the Bloomberg Billionaire’s Index.

High-profile BioNTech investors Thomas and Andreas Strungmann have profited even further over the last 12 months, both adding $8bn to their net worths to reach a total of more than $12bn. 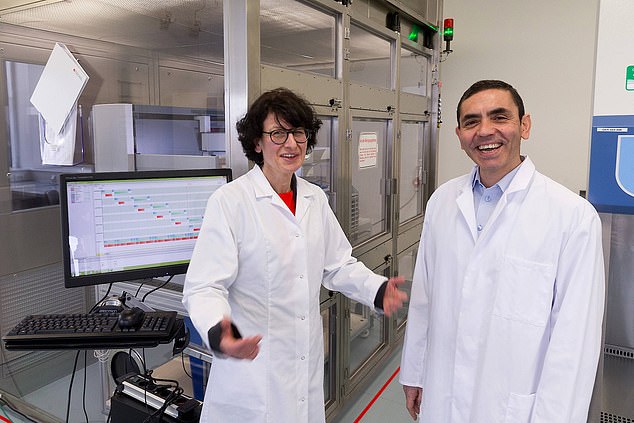 Ugur Sahin (pictured with wife and fellow board member Ozlem Tuereci), CEO and founder of BioNTech has seen his personal fortune increase by some $4bn this year 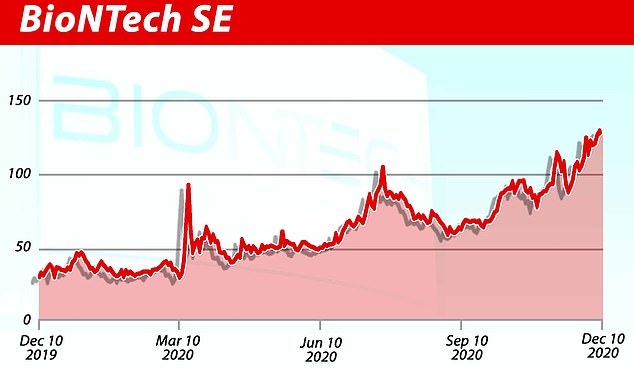 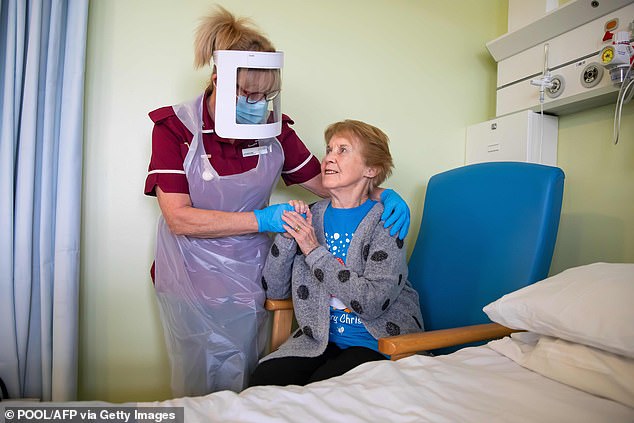 Margaret Keenan, 90, was the first patient to receive the Pfizer/BioNtech covid-19 vaccine

Share prices have also risen in Pfizer as well as the makers of other Covid vaccines, AstraZeneca and Moderna.

While their respective CEOs haven’t made the Billionaire’s Index, Brazil’s richest man, Jorge Paulo Lemann, is financing AstraZeneca’s trials in the country, and has seen his wealth rise $176m this year.

Meanwhile, Moderna’s rise has seen the fortunes of professors Tim Springer from Harvard, and Robert Langer from MIT increase substantially as well, making $2bn and $1.5bn in gains.

Chuck Collins, director of the Program on Inequality and the Common Good at the Institute for Policy Studies, told CNBC: ‘No one begrudges the drug companies for making a reasonable profit on this vaccine.

It comes as it was revealed today that pregnant women will not be offered the breakthrough Pfizer/BioNTech vaccine due to a lack of evidence.

The UK Government, which has begun rolling out the jab after it was the first in the world to get a green light from a medical watchdog, has issued guidelines making it clear mothers-to-be should not be inoculated until after they’ve given birth. 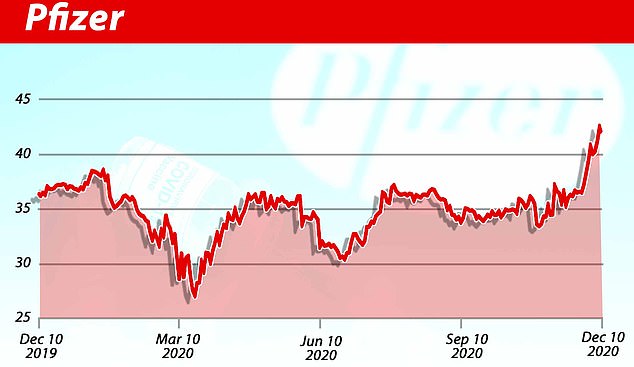 Share prices have also risen in Pfizer, pictured, as well as the makers of other Covid vaccines, AstraZeneca and Moderna 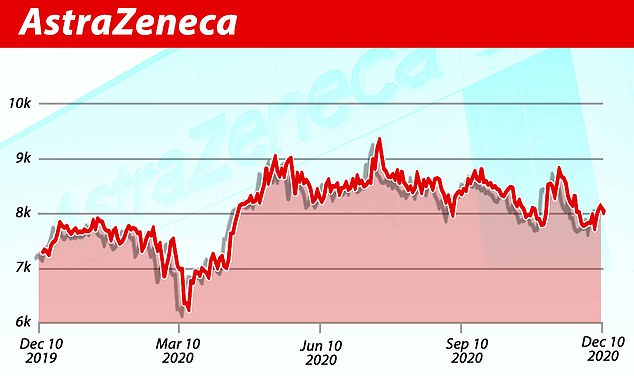 Share prices have also risen in Pfizer as well as the makers of other Covid vaccines, AstraZeneca, pictured, and Moderna 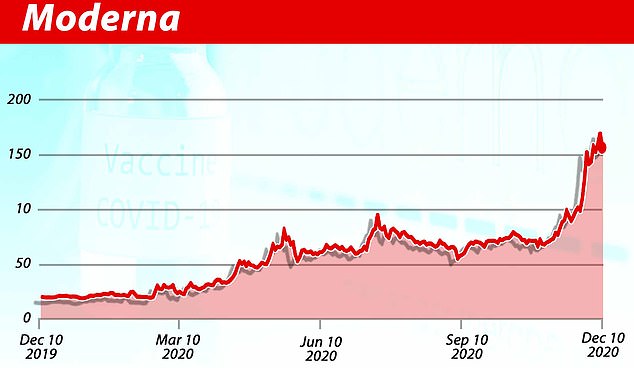 Share prices have also risen in Pfizer as well as the makers of other Covid vaccines, AstraZeneca and Moderna, pictured

Women who think they might be pregnant are urged to delay vaccination until they are certain they are not, and those trying for a baby should not be immunised either.

However, the measure is purely precautionary and it is not uncommon to exclude some groups from taking brand new vaccines.

The jab sailed through approval last week with a good safety rating and no evidence to suggest pregnant women are at risk.

But scientists behind the jab haven’t tested it on pregnant or breastfeeding women – often the case in scientific trials for ethical reasons – so there is no concrete evidence showing it would be safe and effective.

Some vaccines that contain live versions of viruses are not usually recommended in pregnancy because of the potential for minor infection, while others are considered safe to use.

Scientists have to do extra rigorous lab testing before they can trial a vaccine in pregnant women because the possible ramifications of it going wrong are worse.

This was not able to be completed in the short time frames in which coronavirus vaccines have been developed.

Children under the age of 16 also won’t be offered the vaccine because of a lack of data on safety and efficacy – the jab was only tested on adults.

Lakers' LeBron James will never be comfortable playing in empty arenas. 'The fans are a part of this game'

Fearless woman refuses to back down