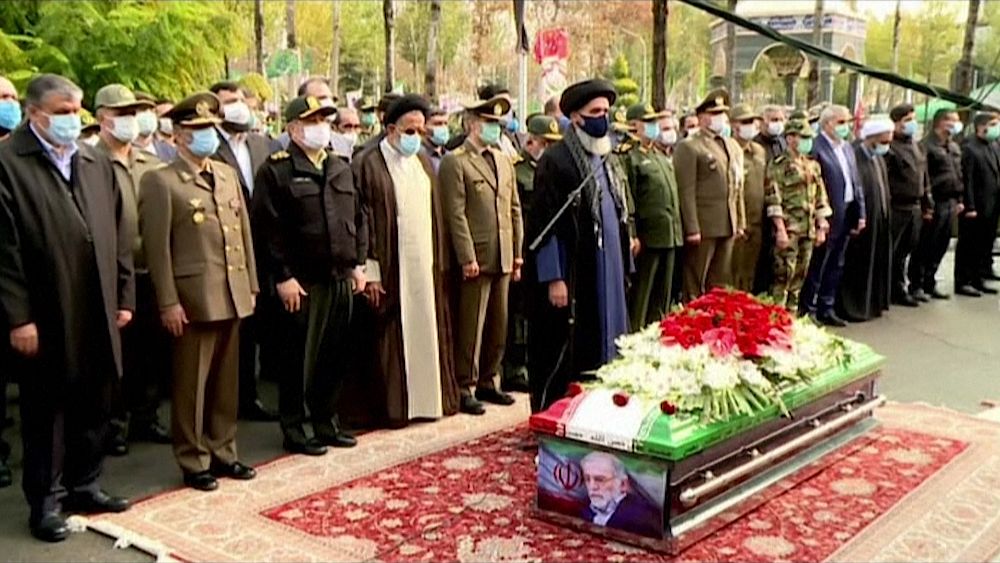 
A top Iranian security official on Monday accused Israel of using “electronic devices” to remotely kill a scientist who founded the Islamic Republic’s military nuclear programme in the 2000s.

Ali Shamkhani, the secretary of the country’s Supreme National Security Council, made the comment at the funeral for Mohsen Fakhrizadeh, where Iran’s defence minister separately vowed to continue the man’s work “with more speed and more power.”

Israel, long suspected of killing Iranian nuclear scientists over the last decade, has repeatedly declined to comment on the attack.

Fakhrizadeh headed Iran’s so-called AMAD programme, which Israel and the West have alleged was a military operation looking at the feasibility of building a nuclear weapon. The International Atomic Energy Agency says that “structured programme” ended in 2003. US intelligence agencies concurred with that assessment in a 2007 report.

Israel insists Iran still maintains the ambition of developing nuclear weapons, pointing to Tehran’s ballistic missile programme and research into other technologies. Iran long has maintained that its nuclear programme is peaceful.

These cult-favorite men's L.L.Bean boots are on sale just in time for fall