Iran’s ambassador to Rome: Soleimani’s killing was ordered by Trump 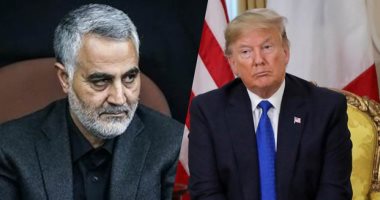 Iran’s ambassador to Rome, Hamid Bayat, said, “Major General Qassem Soleimani, a courageous fighter and enemy of terrorism, has cited an order from US President Donald Trump, who falsely claims to fight terrorism as evidence of the empty and shameful American slogans.”

In an interview with the Italian media group Adnkronos, days before the first anniversary of January 3, of the killing of the former commander of the Quds Force, the elite of the Revolutionary Guards, Ambassador Bayat added, “The martyr Suleimani worked hard to build peace and security not only for the Iranian people, but for the West Asia region. And for all of humanity too. “

The Iranian diplomat stated that “one of Soleimani’s great services for the benefit of all peoples, including Europeans, was his work to liberate the world from ISIS and put an end to his field hegemony in Iraq and Syria.”

The Iranian ambassador pointed out that after this assassination, the United States is trying to make changes in the region with the aim of spreading insecurity and instability to create the conditions for the return of this movement and increase the market for selling its weapons. Violence in the form of groups like ISIS.