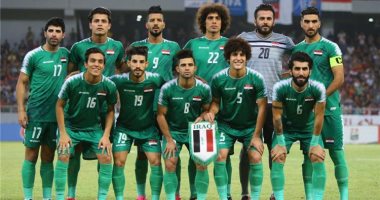 The Iraqi national team fell to its Iranian counterpart, with three goals without return, in the confrontation that took place between them this evening, Tuesday, at the Khalifa International Stadium in Doha, as part of the second round of the Asian qualifiers for the 2022 World Cup “Qatar”.

The Iranian team’s hat-trick was scored by: Alireza Jahanbakhsh, Mahdi Taremi, and Ali Golzadeh in the 2nd, 69th and 89th minutes of the match.

With this result, the Iranian team enhances its lead in the first group standings in the Asian qualifiers, after raising its score to 6 points, while Iraq is at the bottom of the standings with one point.

On the other hand, a positive tie settled the UAE team’s confrontation with its Syrian counterpart, with a goal for each of them, in the confrontation that took place between them this evening, Tuesday, at King Abdullah II Stadium in Jordan, as part of the second round of the Asian qualifiers for the World Cup “Qatar 2022”,

With this result, the UAE team raises its score to two points to occupy the third place in the first group standings in the Asian qualifiers, while the Syrian team scored the first point in its career to come in fifth place.

Police dispatch reveals girl, 6, 'fell out of ride' as it dropped down 110-ft shaft at Colorado park

Kayaker rescued from Boston Harbor after taking on water