Ireland need maximum points against Italy on Saturday to stop England winning the Six Nations next week, as the tournament resumes in Dublin.

Andy Farrell’s men must score four tries against the Azzurri and France next Saturday to pip England to the title.

A bonus-point win for England in Rome next week would seal them the crown, as long as France don’t thrash the Irish. 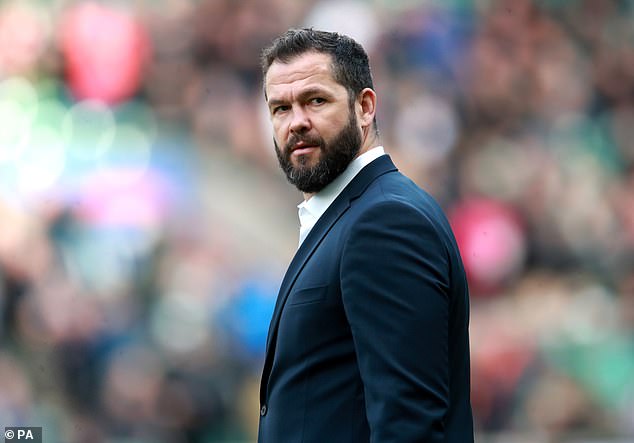 But while the Irish know they must rack up a big score, their attack coach Mike Catt has told them to focus on winning the game first.

‘We’re aware, and the players are fully aware, that it’s not going to be an easy task so we need to be on point in everything we do, from set-piece, scrums, don’t give Italy any easy outs when they’re coming out of their half with our lack of discipline,’ he said.

‘These are all things we’ve spoken about. We need to squeeze them down in their half and put ourselves in positions to be able to take those points away. But again it’s going to take time to get there.’