We have GIFT OFF! Irish family scream as boy unties golden balloon… and watches attached €100 note sail away with it

Many Catholic children are traditionally given some money tucked inside a card to celebrate their Communion or Confirmation.

But one Irish boy was left bitterly disappointed when his inventive grandparents gave him a generous €100 note tied to a balloon, which then floated away into the sky. 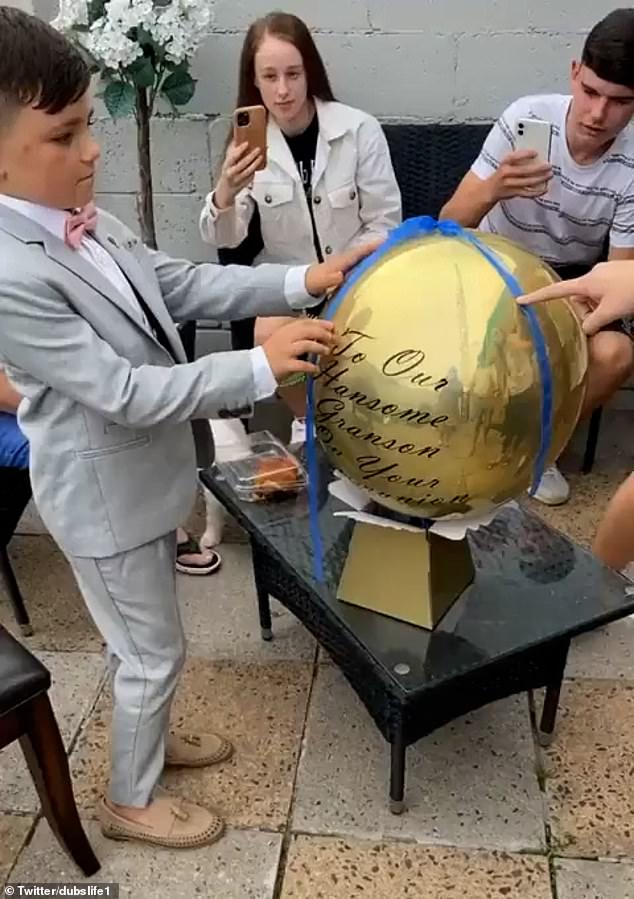 An Irish boy was left bitterly disappointed when his inventive grandparents gave him a generous €100 for his Communion gift tied to a balloon, which then floated into the sky

The gold balloon has black cursive on it, which reads: ‘To our hansome granson on your communion [sic]’

But the boy, believed to be from Dublin, lets go of the balloon as well as the ribbon as he unwraps his creative gift and the balloon immediately rockets towards the sky.

As it sets off, the boy and his family all look up in shock as they see an €100 note tied to the bottom of the balloon also disappearing out of their reach.

Two of the people standing near the youngster desperately try to jump up to grab the floating ribbon, but it is sadly already long out of their reach.

The woman filming is heard gasping before saying: ‘A hundred euro.’ 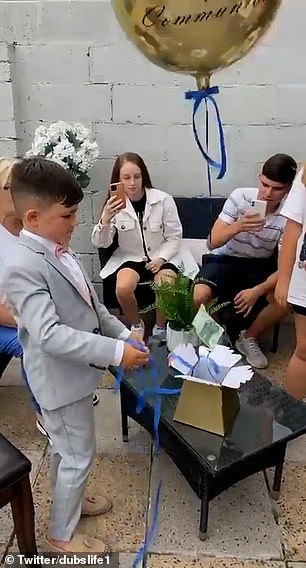 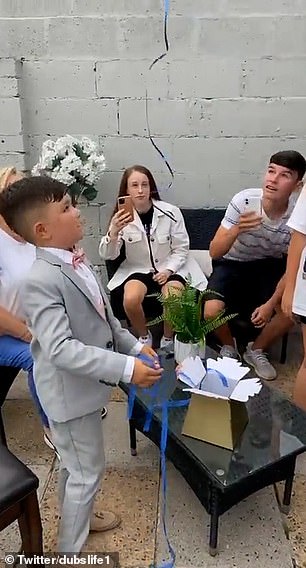 Hilarious video footage, shared to Twitter by users Dubs Life, shows the youngster untying the gold balloon (left) before letting go of it (right), and his €100 note rocketed into the sky 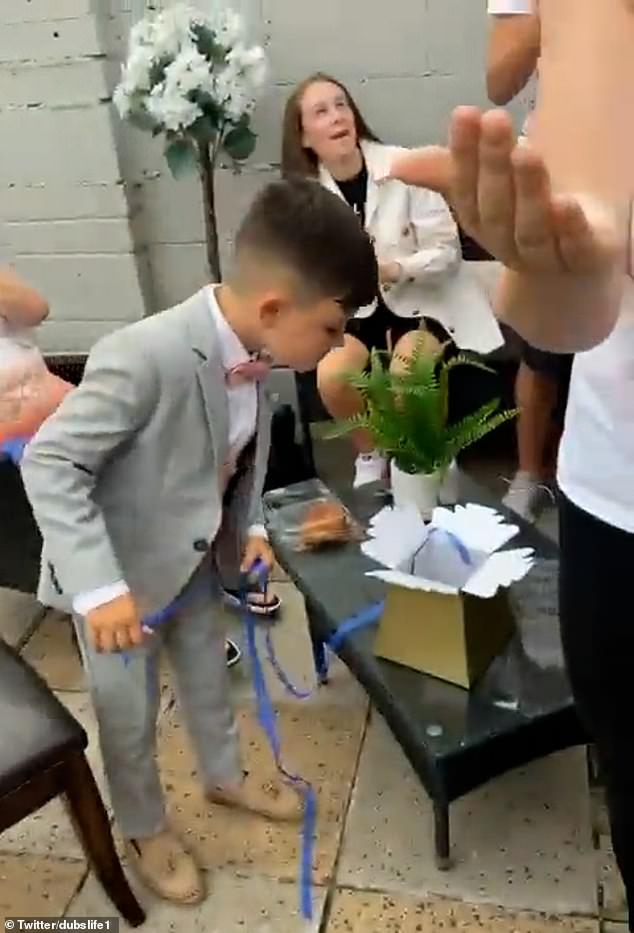 At the mention of €100, the boy eagerly looks inside the gold box left on the table, but is disappointed to find nothing remains there

The family can all be heard groaning at the loss of the €100 note, while someone else shouts out to another person that they ‘told you’.

At the mention of €100, the boy eagerly looks inside the gold box on the table, but is disappointed to find that nothing remains in it.

The footage, which racked up more than 560,000 views on Twitter, left people in hysterics, with one user quipping that the moment was a ‘visual representation of life’.

Meanwhile, one person commented: ‘I’d be sickened too kid. Keep the chin up’

A third said: ‘It was at that moment, they realised it was a f**k up.’

A fourth wrote: ‘The way the cheeky monkey looks in the box to see if there’s anything else in it!!’

And a fifth quipped: ‘They should’ve put the hundred euros in coins’

Another Twitter user joked that €100 had just fallen into their garden, sharing a photograph with the note edited on it.

Bruno Fernandes: Manchester United are close to the championships with Ronaldo