Fishermen who plan to peacefully disrupt Russia’s military exercises off the coast of Ireland have been warned by the country’s deputy premier not to put themselves at risk.

Patrick Murphy, chief executive of the Irish South and West Fish Producers Organisation, said some of its members plan to hold a protest against the military exercises next month.

He said the Russian Embassy has been in contact concerning the planned protest claiming ‘that it would be reckless for us to send boats out to intervene with their exercise’. 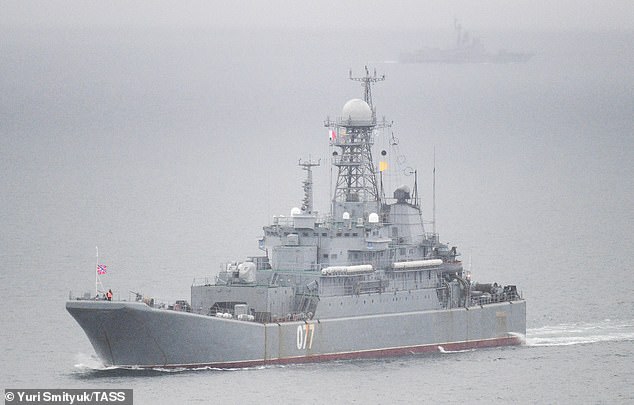 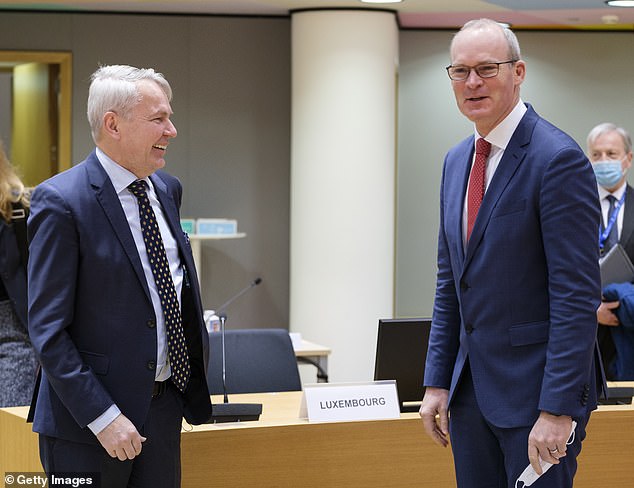 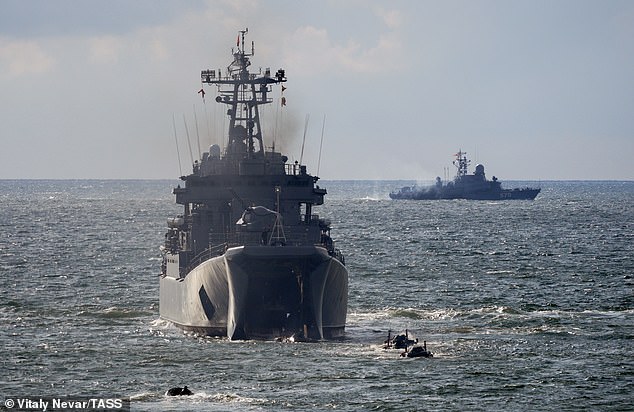 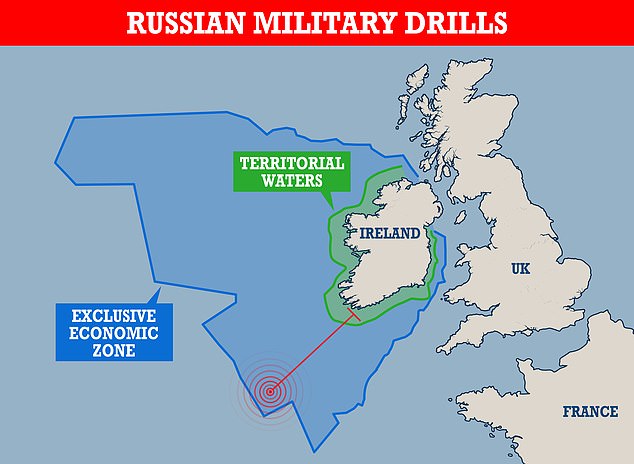 Mr Murphy said three boats would be involved in the protest and will continue to fish their traditional waters.

However, the fishing vessels could be at additional risk by the presence of submarines – both Russian and NATO – who will likely be following the naval flotilla.

The artillery drills at the start of February will take place 150 miles from the coast in international waters but within Irish-controlled airspace and the country’s exclusive economic zone (EEZ).

Mr Murphy said the area is ‘very important’ for fishing and they want to protect biodiversity.

On Monday, the Russian ambassador to Ireland said plans to hold navy military exercises off the coast of Ireland are a ‘non-story’.

Yury Filatov downplayed the significance of the exercises, after concerns were raised by the Irish Government.

When asked about the fishermen’s plans, Tanaiste Leo Varadkar said on Tuesday: ‘I haven’t had the chance to speak to any of the fishermen operating in that area. 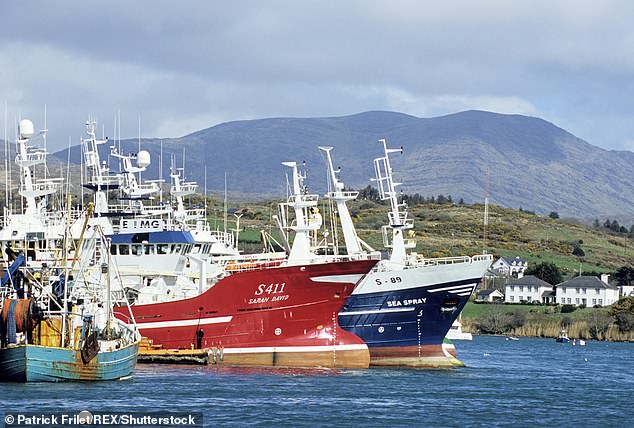 ‘I suppose I would just say to them that these are military vessels. Whatever they choose to do in terms of any protests, just make sure that they don’t put themselves at risk.’

Mr Varadkar said that the military exercises are happening outside Ireland’s territorial waters, leaving Ireland with no power to prevent them from happening.

‘But we have made it very clear that these exercises are not welcome, particularly in the current context, when tensions are rising in relation to Ukraine,’ Mr Varadkar added.

‘That’s being communicated to them very strongly. There are no plans to send Irish troops to Ukraine, that hasn’t been discussed.’

Mr Varadkar said the Cabinet received a comprehensive briefing from Mr Coveney over fears that Russia will invade Ukraine.

‘It is very serious, there is a real fear that we could see a land war on the continent of Europe,’ the Fine Gael leader added.

‘We haven’t seen that for a very long time.

‘Aside from the humanitarian impact, it could have an impact on us economically as well.

‘We got a comprehensive briefing on that today. We’re co-ordinating our response, of course, with our European partners and our UN partners.

‘The Russian exercises off the coast of Cork and Kerry, while not illegal, are not welcome.

‘We don’t believe that they’re connected to the events in Russia and Ukraine, but we certainly would prefer that they were not happening.’

In compliance with legal requirements, Russia informed Ireland’s aviation authorities of the planned activities in advance.

The Irish Aviation Authority (IAA) said there would be no impact on the safety of civil aircraft operations.

The Russian Embassy in Dublin warned the trawlermen against fishing their traditional grounds during the exercise.

A embassy spokesperson told RTE: ‘We have seen the statement by the Irish South and West Fish Producers Organisation that some of their members are planning to “peacefully disrupt” Russia’s naval exercise in the waters of the Atlantic next month. While we understand the concerns of fishermen about the integrity of marine resources there are neither grounds nor scientific data to believe that these exercises would influence the biodiversity of the ocean.

‘At the same time we would think that any attempts to interfere with military exercises would be reckless and irresponsible act which could put in harms way both sailors and fishermen. All that has been explained to the Irish South and West Fish Producers Organisation.’