The price of one of Australia’s biggest exports to China, iron ore, has hit a seven-year high amidst growing tensions between the two nations.

The steel-making commodity jumped by 3.1 per cent, reaching $US136.29 a tonne on Thursday – the highest price since September 2013.

China is one of the world’s biggest consumers of iron ore, and makes up 80 per cent of Australia’s exports.

Western Australia‘s three big miners contributed to the record high prices with Fortescue Metals jumping by 13.3 per cent, Rio Tinto by 6.9 per cent and BHP up 4.5 per cent. 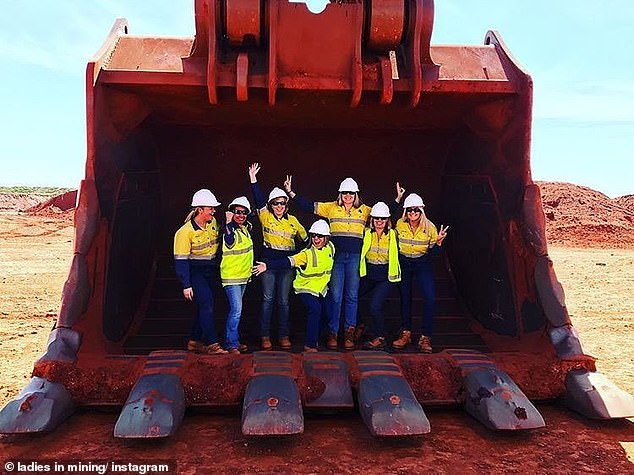 Iron ore has reached a record high with prices surging to $US136.29 a tonne on Thursday – the highest price since September 2013 (pictured woman at an Australian mine)

The prices were up nearly 50 per cent from what they were at the start of the year.

‘China usually accounts for around 70 per cent the world’s iron ore imports,’ he told the ABC.

‘However, China’s impressive industrial-led economic recovery from COVID-19 has meant that China accounted for roughly 76 per cent of the world’s seaborne imports in the first nine months of 2020.’

Meanwhile, Australia’s rival Brazilian producer, Vale, estimated their production of ore would fall to between 300-305 million tonnes instead of what was earlier predicted at 310-330 million tonnes.

Vale’s drop in iron ore production came as a result from the coronavirus pandemic as well as the impact of recent heavy rains and the delay in obtaining a regional license for one of its mines. 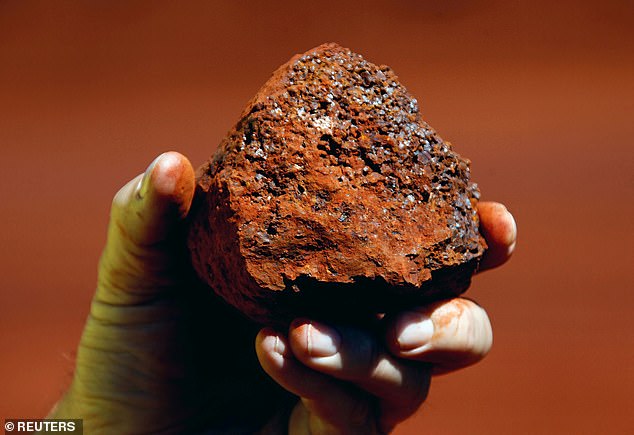 China is one of the world’s biggest consumer of iron ore, and makes up 80 per cent of Australia’s exports

The surge comes amid escalating tensions between China and Australia with the Asian superpower slapping tariffs on some of the country’s biggest exports.

The relationship has been strained since April when Prime Minister Scott Morrison called for an inquiry into the origins of COVID-19 in Wuhan.

'We're a much better country': Gavin Williamson wades into Brexit vaccine row with blast at EU