Is anti-Semitism on the rise in Germany among groups protesting COVID restrictions? 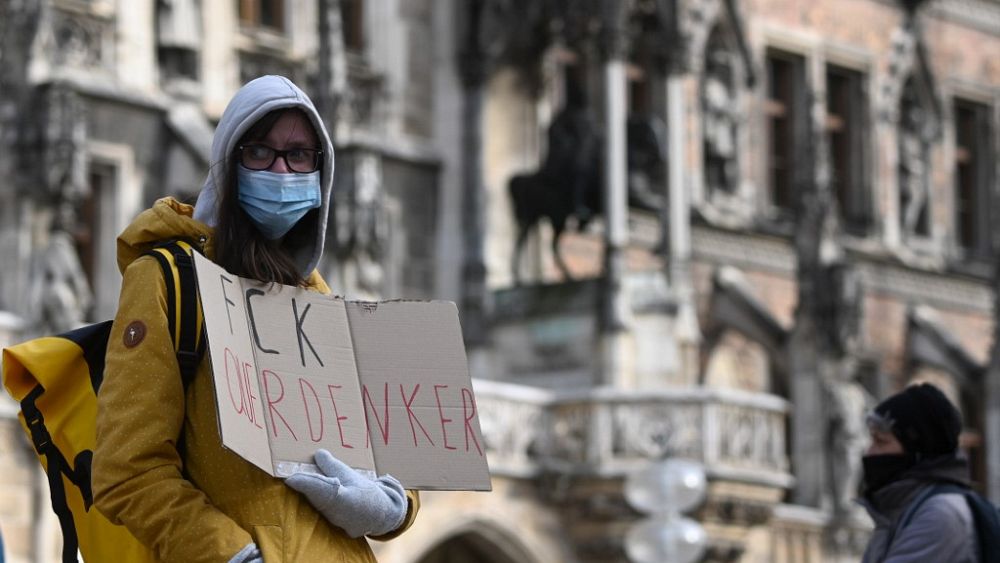 Concerns are growing in Germany that there is a substantial link between groups protesting against coronavirus restrictions and anti-Semitism.

The country”s anti-Semitism commissioner, Felix Klein, told Euronews that the COVID-denying movement Querdenken (“outside the box thinkers”) weren’t just represented by those from right-wing groups.

He discussed the issue at a press conference on Tuesday attended by Anette Kahana, chair of the anti-fascist Amadeu Antonio Foundation, and Deputy party leader of the Social Democratic Party of Germany (SPD) Kevin Kühnert.

“Corona protesters have an anti-Semitic narrative,” says Klein. “For the first time, we’re seeing groups that would normally have nothing to do with each other united in the protests: right-wing groups, left-wing extremists, Islamist groups. And anti-Semitism acts as a binder and that’s new.”

On Sunday a video went viral of a confrontation at a coronavirus protest in the northern city of Hannover, where a young woman compared herself to a famous Nazi resistance fighter, Sophie Scholl, and then was accused by a security guard of “trivialising” the Holocaust.

German Foreign Minister Heiko Maas tweeted Sunday that the comparison with Scholl “mocks the bravery that was needed to take a stand against the Nazis.”

“When it comes to repression, we have to ensure that the secret services, the police, and the public prosecutors recognise anti-Semitism, that they intervene if, for example, the Holocaust is played down, if Professor Drosten (Germany’s top virologist) is compared to Josef Mengele,” says Klein.

“In that case, the Holocaust is being played down and that is a criminal offense in Germany. On the other hand, we must of course ensure that more education takes place. We also have to provide clarification in schools but also in political education.”

“History has shown that anti-Semitism always rises sharply in times of crisis. Even during the plague in the Middle Ages Jews were held responsible. That was the narrative. The Spanish flu 100 years ago is another example.”

“It’s not surprising that anti-Semitic narratives are coming to the fore again now. But we have to make it very clear: we have to provide the people who play on deceit and use German history in a distorted way with the right tools and to take action. At the same time, of course, we have to provide make more education and more clarification,” Klein added.

WATCH Kate Brady explains why anger at COVID lockdown measures has led to a perceived growth in anti-Semitism:

Christian Eriksen: How did ex-Tottenham midfielder’s Inter Milan dream turn into a nightmare?