Israeli nationalist hardliner Naftali Bennett has said he will join a coalition government that could end the rule of the country’s longest-serving leader, Prime Minister Benjamin Netanyahu.

‘I will do everything to form a national unity government with my friend Yair Lapid, so that, God willing, together we can save the country from a tailspin and return Israel to its course,’ Bennett, 49, said after a meeting with his own party, Yamina.

Centrist Lapid has been tasked with forming a new cabinet by Wednesday 11:59pm local time (2059GMT). He and Bennett have until then to complete a deal in which they are expected to each serve two years as prime minister in a rotation agreement.

The announcement by Bennett brings Netanyahu’s rivals a step closer towards ending his 12-year rule. 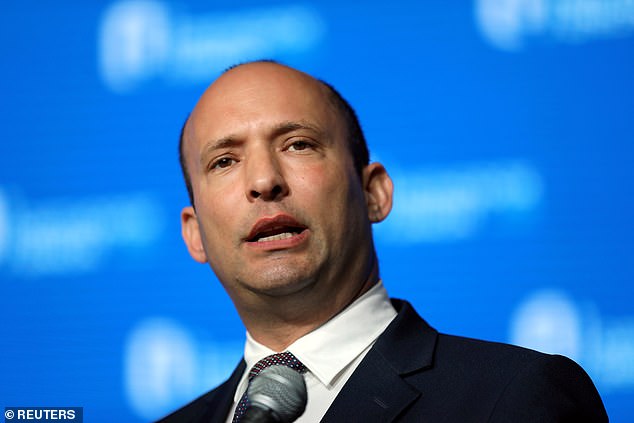 Israeli nationalist hardliner Naftali Bennett (pictured) has said he will join a governing coalition that could end the rule of the country’s longest-serving leader, Prime Minister Benjamin Netanyahu [File photo] 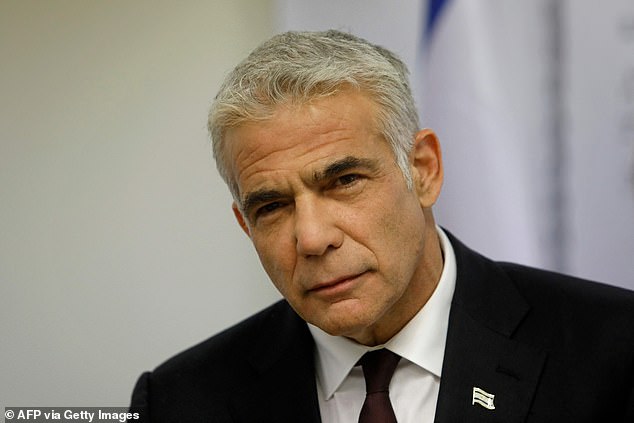 Centrist Yair Lapid (pictured) has been tasked with forming a new cabinet by Wednesday 11:59pm local time (2059GMT). He and Bennett have until then to complete a deal in which they are expected to each serve two years as prime minister in a rotation agreement [File photo] 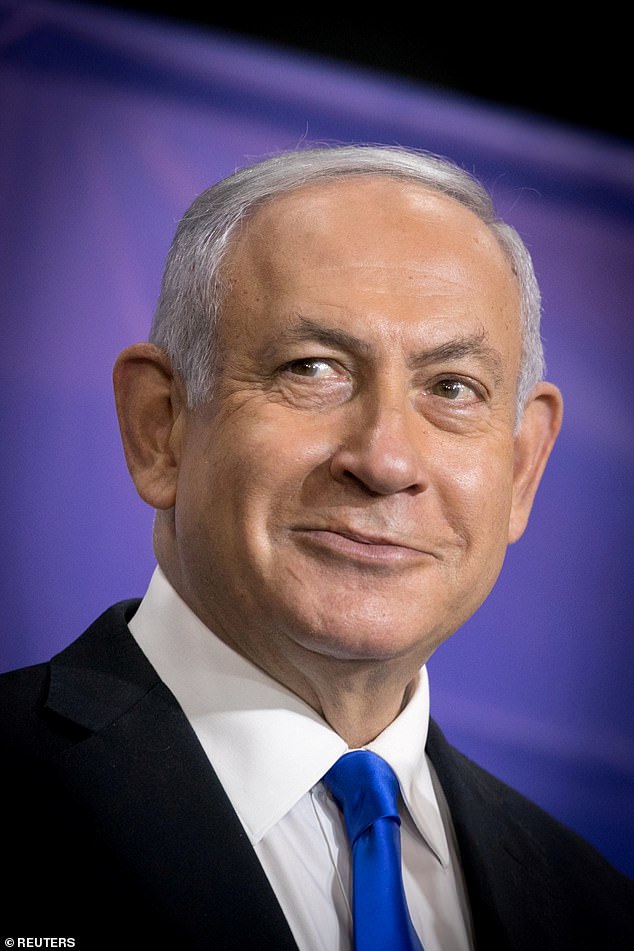 Bennett, a former Netanyahu aide turned rival, said he had made the decision to prevent Israel from sliding into a fifth consecutive election in just over two years.

He added that there was no feasible way for the hard-line right wing to form a governing majority in parliament.

‘A government like this will succeed only if we work together as a group,’ the self-made tech millionaire who dreams of annexing most of the occupied West Bank, said.

Everyone ‘will need to postpone fulfilling all their dreams. We will focus on what can be done, instead of fighting all day on what’s impossible,’ he said.

Netanyahu, 71, responded to the news by saying that a Lapid-Bennett government would weaken the country and insisting that a right-wing government is still a possibility.

A unity government under Lapid and Bennett would end the cycle of deadlock that has plunged Israel into four inconclusive elections over the past two years.

It also would end, at least for the time being, the record-setting tenure of Netanyahu, the most dominant figure in Israeli politics over the past three decades.

Who is Naftali Bennett?

Described as the standard bearer for Israel’s religious right, Bennett has had a long and often rocky relationship with Netanyahu, working between 2006 and 2008 as a senior aide to the then-opposition leader before leaving on reported bad terms.

Bennett stormed into national politics in 2013, revamping a pro-settler party and serving as minister of defence as well as of education and the economy in various Netanyahu governments.

A former leader of Yesha, the main settler movement in the West Bank, Bennett made annexation of parts of the territory that Israel captured in a 1967 war a major feature of his political platform.

But as head of a so-called government of “change” that will include left-wing and centrist parties, while relying on support in parliament from Arab legislators, following through on annexation would be politically unfeasible.

Bennett said on Sunday both the right and left would have to compromise on such ideological matters.

Bennett, 49, was born in Haifa to immigrant parents from San Francisco and describes himself as modern-Orthodox religious Jew. He lives with his wife, Gilat, a dessert chef, and their four children in the affluent Tel Aviv suburb of Raanana.

Like Netanyahu, Bennett speaks fluent American-accented English and spent some of his childhood in north America, where his parents were on sabbatical.

While working in the high-tech sector, Bennett studied law at Jerusalem’s Hebrew University. In 1999, he formed a start-up and then moved to New York, eventually selling his anti-fraud software company, Cyota, to U.S. security firm RSA for $145 million in 2005.

A former commando, Bennett named his eldest son after Netanyahu’s brother, Yoni, who was killed in an Israeli raid to free hijacked passengers at Uganda’s Entebbe airport in 1976.

Each of the past four elections was seen as a referendum on Netanyahu – who has become a polarising figure as he stands trial on corruption charges – with each ending in deadlock.

Netanyahu is desperate to stay in power while he is on trial. He has used his office as a stage to rally support and lash out against police, prosecutors and the media.

If his opponents fail to form a government and new elections are triggered, it would give him another chance at seeing the election of a parliament that is in favor of granting him immunity from prosecution.

But if they succeed, he would find himself in the much weaker position of opposition leader and potentially find himself facing unrest in his Likud party.

Netanyahu, who has accused Bennett of betraying the Israeli right wing, planned a televised statement later on Sunday.

In order to form a government, a party leader must secure the support of a 61-seat majority in parliament. Because no single party controls a majority on its own, coalitions are usually built with smaller partners.

As leader of the largest party, Netanyahu was given the first opportunity by the country’s figurehead president to form a coalition. But he was unable to secure a majority with his traditional religious and nationalist allies.

Netanyahu even attempted to court a small Islamist Arab party but was thwarted by a small ultranationalist party with a racist anti-Arab agenda.

Although Arabs make up some 20 per cent of Israel’s population, an Arab party has never before sat in an Israeli coalition government.

After Netanyahu’s failure to form a government, Lapid was then given four weeks to cobble together a coalition.

Lapid already faced a difficult challenge, given the broad range of parties in the anti-Netanyahu bloc that have little in common.

They include dovish left-wing parties, a pair of right-wing nationalist parties, including Bennett’s Yamina, and most likely the Islamist United Arab List.

Lapid’s task was made even more difficult after war broke out with Hamas militants in the Gaza Strip on May 10. His coalition talks were put on hold during the 11 days of fighting.

But with Wednesday’s deadline looming, negotiations have kicked into high gear. Lapid has reached coalition deals with three other parties so far.

If he finalises a deal with Bennett, the remaining partners are expected to quickly fall into place.