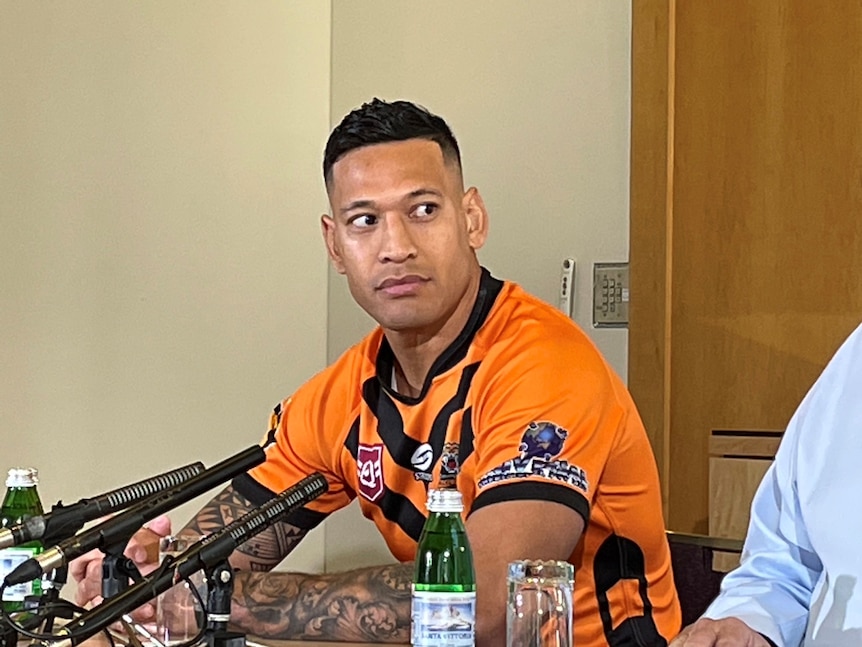 Israel Folau’s legal team has filed an application against the Queensland Rugby League (QRL) in the state’s Supreme Court, seeking an injunction to allow the dual international to play in a Gold Coast club competition.

The QRL announced last week it would not register Folau to play for the Southport Tigers as it had not received confirmation he had been released from his existing playing contract with French club Catalans Dragons.

Folau’s lawyer Sam Iskander said in a statement that an application had been filed against the QRL in the Queensland Supreme Court seeking an injunction so his client could play for the Tigers next weekend.

Mr Iskander said the action was being taken “because the QRL had been unreasonable in not allowing his client to play rugby league, thereby restraining his trade”.

“Israel Folau is a perfect role model for the game and the QRL needs to recognise that,” Mr Iskander said in the statement.

“Israel doesn’t drink, smoke or take drugs. He never been charged with any criminal offence. He loves his wife and his son. He has a rugby playing record second to none.

“Israel, like any other Australian, has the right to support his family.

“All Israel wants is the opportunity to return to the game he loves, to play alongside his brothers and to do the best he can for his wife and family.”

Folau had been unveiled as the Tigers’ latest signing by the club’s main sponsor Clive Palmer last month.

He has not played in Australia since his Rugby Australia (RA) contract was terminated in 2019 after he refused to take down a controversial social media post in which he said “hell awaits” gay people.

He reached an out-of-court settlement with RA before moving to France to play rugby league in the Super League with Catalans.