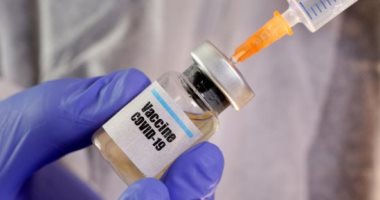 Officials said today, Thursday, that Israel is working to achieve a balance between vaccine supplies and the pace of its distribution in its vaccination campaign to prevent the Corona virus, in the hope of fulfilling the goal of achieving full protection for the people most vulnerable to the disease by late January.

Israel began vaccinating its residents on December 19, and the number of people receiving the dose exceeded 150,000 every day.

The highest priority is for those over the age of 60 and those suffering from health problems that put them at risk, or medical workers, who together make up a quarter of Israel’s population of nine million.

Witnesses and officials at the main healthcare institutions in Israel say that some other fortunate citizens were able to obtain the vaccine from a large number of open clinics that received a surplus of injections and were to dispose of it at the end of the day because it was not used.

However, the Ministry of Health is carefully managing the distribution of supplies. This means mitigating popular expectations that the campaign will soon open its doors to all adults or that the at-risk category will be expanded to include other groups such as teachers.

Hayzi Levy, Director-General of the Ministry of Health, said that early January will witness a moratorium of nearly two weeks in giving the first doses to ensure that all those who receive them receive the prescribed booster doses.

“We are doing everything in our power to advance the date of receipt of supplies” of the Pfizer and Moderna vaccines, allowing the campaign to expand by February, he told Kan Radio, adding that the age limit could be lowered to 50 years.

Prime Minister Benjamin Netanyahu says that in February, Israel will be the first country to “emerge” from the health crisis thanks to vaccines, and that it will receive adequate doses for all groups within weeks.

Another health ministry official said in a separate radio interview with Radio Kan that each dose costs the state $ 62.

“China Daily”: The discovery of the new Corona strain in China, coming from Britain