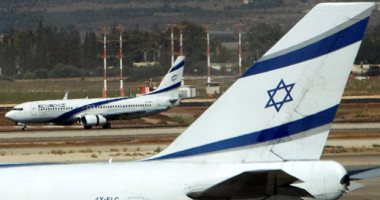 Al-Arabiya TV reported in a flash news that the Israeli El Al Airlines is operating its first commercial flight to Morocco on December 22nd, indicating that it will include an Israeli-American delegation.

The Moroccan Royal Court said in a statement, “During the call, the American president told the king that he had issued a presidential decree, with its steadfast legal and political force, and with its immediate effect, to require the United States of America to recognize, for the first time in its history, the full sovereignty of the Kingdom of Morocco over the entire Sahara region. Moroccan “.

The Royal Court indicated that the United States decided to open a consulate in the city of Dakhla, which would mainly carry out economic tasks, in order to encourage American investments and promote economic and social development, especially for the benefit of the residents of the southern regions.

King Mohammed VI expressed to the US President, in his own name and on behalf of the Moroccan people, the most sincere expressions of gratitude to the United States of America for this historic position.

The King of Morocco also thanked President Trump and his staff for this frank and absolute support for the Moroccan Sahara. It is a position that enhances the strong strategic partnership between the two countries and elevates it to a true alliance that includes all fields.

King Mohammed VI affirmed that although the opportunity did not have a chance to meet him directly with President Trump, consultation and coordination continued, especially after the visit of Jared Kushner, the special advisor to his Excellency in May 2018, which was crucial on various issues, including this topic. And through contacts, exchange of delegations, and a number of unannounced visits.

The Moroccan Royal Court added, “This constructive position of the United States of America comes to enhance the dynamism of entrenching the Moroccan Sahara, which was confirmed by the positions supporting a group of friendly countries, as well as the decisions of many countries to open consulates in our southern provinces.

He continued, “It also comes after the decisive and effective intervention of the Royal Armed Forces in the Guerguerat region, in order to maintain security and stability in this part of Moroccan soil, and to ensure the free movement of people and goods, with brotherly African countries.”

During the same call, the King and the US President discussed the current situation in the Middle East region.

In this regard, the King of Morocco mentioned the stable and balanced positions of the Kingdom of Morocco on the Palestinian issue, stressing that Morocco supports a solution based on two states living side by side in security and peace, and that negotiations between the Palestinian and Israeli parties remain the only way to reach a final, lasting and comprehensive solution to this conflict. .

And based on the role of the King of Morocco in his capacity as head of the Jerusalem Committee, emanating from the Organization of Islamic Cooperation, he stressed the need to preserve the special status of Jerusalem, respect for the freedom to practice religious rites for the followers of the three monotheistic religions, and protect the Islamic character of the Holy City of Jerusalem and the Al-Aqsa Mosque, in line with the call of Jerusalem Signed by the King and His Holiness the Pope, during the historic visit of His Holiness to Rabat on March 30, 2019.

And considering the historical role that Morocco has been playing in bringing the peoples of the region together, and in support of security and stability in the Middle East, and given the special ties that the Jewish community of Moroccan origin, including those in Israel, holds in the person of the king, Mohammed VI told the American president, of Morocco’s determination Facilitating direct flights to transport Jews of Moroccan origin and Israeli tourists to and from Morocco; Resuming official bilateral contacts and diplomatic relations as soon as possible.

Mohammed VI stressed that the Kingdom will work to develop innovative relations in the economic and technological fields, and work to reopen liaison offices in the two countries, as was the case in the past for many years, until 2002.

The King affirmed that these measures do not in any way affect the permanent and sustained commitment of Morocco in defending the just Palestinian cause, and its constructive engagement in order to establish a just and lasting peace in the Middle East region.