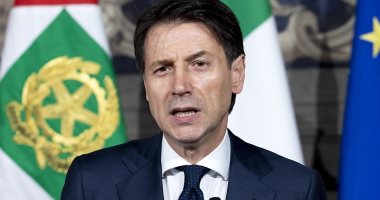 Italian Prime Minister Giuseppe Conte praised the agreement concluded by European Union officials and Britain regarding the post-Brexit process, according to the Italian “ACE” agency.

The President of the European Commission, Ursula von der Leyen, and the head of the European delegation negotiating “Brexit”, Michel Barnier, announced at a joint press conference in Brussels yesterday, the results and mechanisms of the agreement in order to ensure fair competition rules between the two parties in various fields, which include measures to restore balance and ensure proper implementation attached. Punishments on the party violating its rules, if necessary.

Conte wrote in a tweet on Twitter, “The agreement that the European Union concluded with the United Kingdom is good, because it guarantees the interests and rights of European companies and citizens.”

The Italian prime minister concluded by saying that “Britain is a central partner and an important ally of the European Union and Italy.”

Turkey welcomes the trade agreement between Britain and the European Union

Prince William and Kate Middleton ‘wish for a better 2021’

Prince William and Kate Middleton 'wish for a better 2021'