England put themselves in prime position to win the Six Nations with a laboured bonus-point win against Italy.

England came out with renewed intensity after the break and Youngs capitalised with his second score.

The visitors then found their rhythm, with 50-cap Jamie George, Tom Curry and Henry Slade all crossing.

England will have to wait until France v Ireland is completed to learn whether they have won a first Six Nations title since 2017.

Ireland will be crowned champions if they win with a bonus point or by more than six points in Paris, while France can claim the title with a bonus-point victory and a winning margin of more than 31.

England stutter in strange first half

As with so much sport in recent months, there was a strange air around the Stadio Olimpico as Ben Youngs ran out to celebrate his 100th cap in front of eerily empty stands, before players sang the anthems spaced out along the touchline.

It had been seven months since Eddie Jones’ side last played a match and just under a year since their World Cup final defeat, but England fans were quickly reassured by the familiar sight of their team inflicting a try on Italy in the first five minutes.

Owen Farrell darted through a gap in the Italian defence and found Youngs on the inside to give the centurion a fitting opening try, which the captain successfully converted.

Further comfort came as an Italian infringement at the breakdown gave England a penalty and Farrell opted to take an easy three points in front of the posts.

But then things turned upside down. A loose ball from Sinckler was claimed by Carlo Canna and he found Gloucester number eight Jake Polledri, who sprinted clear to dot down in the corner.

The momentum stayed with Italy as lock Jonny Hill’s England debut was marred by a trip to the sin-bin for a high tackle on wing Edoardo Padovani.

England repeatedly opted to kick rather than run the ball but this only seemed to work in Italy’s favour as they threatened to score from a line-out in the corner before Hill returned to help win a scrum penalty for his side.

It looked as if the visitors might go into the dressing room with their heads held high but a try-scoring opportunity was ended as Polledri came into their maul at the side, leading to a yellow card for the number eight. 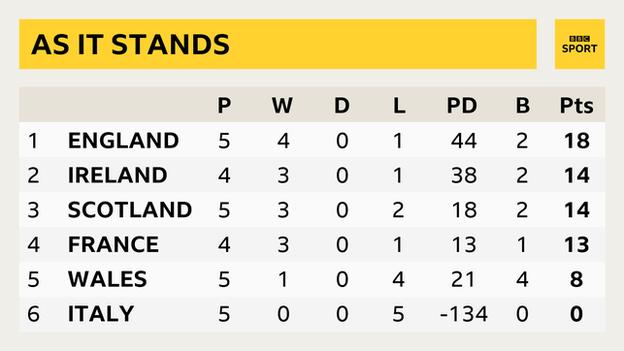 Coronavirus: So what’s the TRUTH about Britain’s second wave?

Coronavirus: So what's the TRUTH about Britain's second wave?