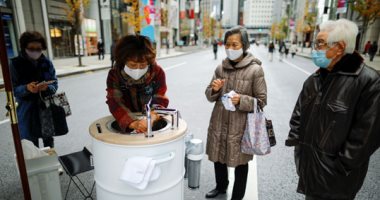 The Italian authorities announced a short while ago, the suspension of flights to and from Britain, due to the emergence of the new strain of Corona virus, according to Al-Arabiya news channel.

Yesterday, the Italian Ministry of Health recorded 553 deaths from the Corona virus, down from 674 cases the previous day, and the daily number of cases decreased to 16,308 from 17,992 cases..

Italy, which was the first European country to show the disease in February, witnessed 68,447 deaths from Covid-19, the largest in Europe and the fifth in the world, and in total Italy has recorded 1.94 million cases so far..

Mother-of-three, 38, beats stage four breast cancer only to be stuck down with five brain tumours