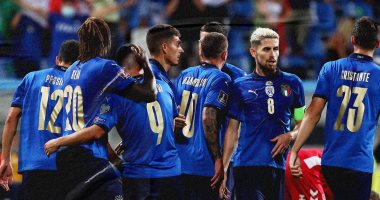 Italy defeated Lithuania 5-0 in the match between the two teams on Wednesday evening at the Mapei Stadium, as part of the sixth round of Group C of the European qualifiers for the 2022 World Cup in Qatar.

The Italian team strengthened its lead in Group C with 14 points, while Lithuania’s tally remained without any points.

The Italian team suffered many absences in tonight’s match, such as Ciro Immobile, Marco Verratti, Nicola Parilla, Lorenzo Pellegrini and Federico Chiesa, who were injured alongside Lorenzo Insigne for personal reasons.

China and the Taliban intensify their honeymoon | International

The German national team boosts its group lead in the World Cup qualifiers by four against Iceland.. Video