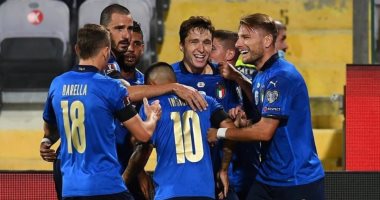 Italy will meet Lithuania in the confrontation scheduled to take place at 9:15 pm today, Wednesday, at the San Siro stadium in Milan, as part of the sixth round of European qualifiers for the 2022 World Cup in Qatar.

The Northern Ireland team, which hosts its Swiss counterpart, will also meet in the same group, at “Windsor Park”, at 9:15 pm today.