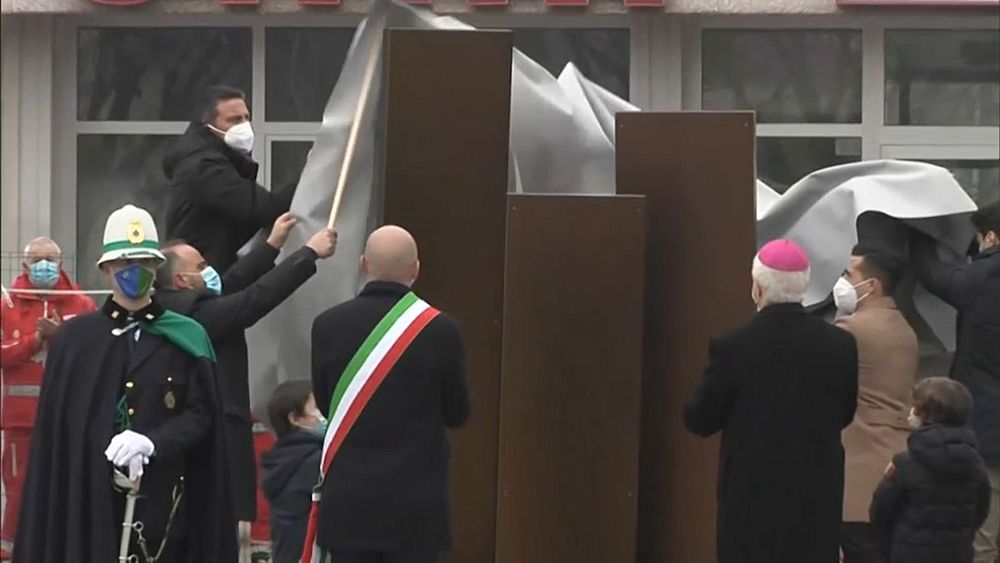 Italians have marked one year since the first COVID-19 case was detected in their country.

Church services were held, wreaths laid and trees were planted to remember those who lost their lives as a result of contracting the virus.

Near the Red Cross office in Codogno, Lombady”s governor and the town mayor attended a ceremony to unveil a monument in memory of the victims.

“Were we ready, not ready? Was our village prepared? History may tell this, anyway there were some people – normal, ordinary people who in those days were doing extraordinary things. Moving things, unique things, and it’s really because of this that many have been able to win this battle. Unfortunately, it’s not over,” Mayor of Codogno, Francesco Passerini, said at the service.

Codogno is where the first known COVID-19 case in the West emerged – in a hospital. The patient survived.

It was in Vo, in the neighbouring Veneto region, where the country’s first death was registered on 21 February last year.

Towns in Italy’s north were the first to be hard-hit by the virus and were put into lockdown. A raft of current restrictions continue to be in place in the country to help curb the spread of it.

The first wave of infections engulfed Lombardy and other northern regions – but the second surge spread throughout the country.

So far, Italy has confirmed 2.8 million cases of tcoronavirus.

Today, it reported 232 coronavirus-related deaths, compared to 251 the day before, according to the country’s health ministry, while the daily tally of new infections fell to 13,452 from 14,931 the day before.