Italy set a record after the draw against Switzerland 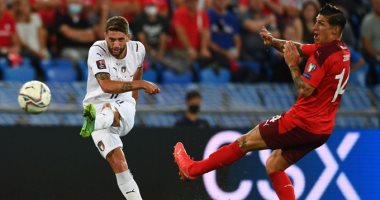 The Italian national team set a world record by drawing 0-0 against its rival Switzerland on Sunday evening, during the match that was held on Sunday evening at the “St. Jacob’s Park”, as part of the fifth round of Group C matches, for the European qualifiers for the 2022 World Cup.

Today’s draw made the Italian team a record in the series of least defeated teams, after in the previous match with Bulgaria, they equaled the record of Brazil and Spain by not losing 35 matches in a row.

According to the Opta network for numbers and statistics, because of avoiding defeat against Switzerland, the Azzurri team entered history by setting a new record for 36 international matches without defeat.

Cincinnati police use drone to find suspect on OTR rooftop