Italy’s under fire PM Giuseppe Conte to resign on Tuesday, his office announces 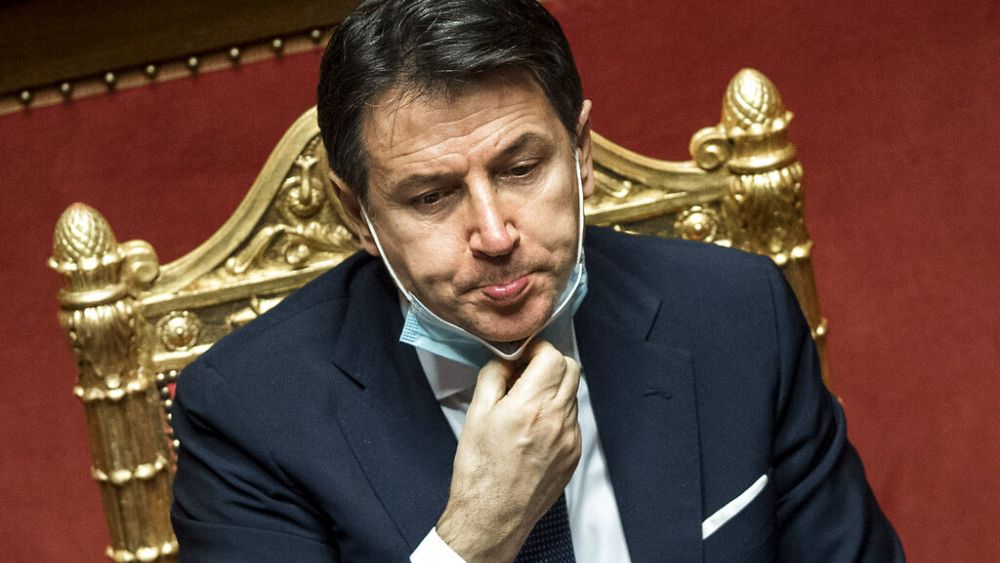 Italy’s prime minister Giuseppe Conte is to offer his resignation one week after he survived two confidence votes in parliament.

His office announced he will tell his cabinet on Tuesday morning that he intends to meet President Sergio Matterella to hand in his resignation.

Conte has been under pressure since his governing centre-left coalition, which he has led for 16 months, lost its majority in the Senate.

That came after the party of former PM Matteo Renzi withdrew from the alliance amid disagreements over how to spend COVID-19 recovery fund money.

President Matterella does not have to accept Conte’s resignation and could ask the prime minister to try to form a more stable coalition.

Italian media reports on Monday evening suggested this was the outcome the prime minister was hoping for, with Conte relying on a centre-right bloc led by former prime minister Silvio Berlusconi.

But the president can also ask another politician to try form a government, or call early elections.

The most recent Italian parliamentary elections were held in March 2018.

PPE is the new plastic waste nightmare threatening the environment

How Cryptocurrency Managed to Get Approval of the Gambling Industry