They made a decision not so long ago at Manchester City that academy players should have additional educational choice.

A long-standing partnership with the independent school, St Bede’s — where Pep Guardiola’s children were taught — has always been an attraction to families, but there is a realisation that others may thrive in different, less gilded, surroundings.

Private education is not for everybody and there is now a link with Barlow High School, a comprehensive five miles from the Etihad Stadium. 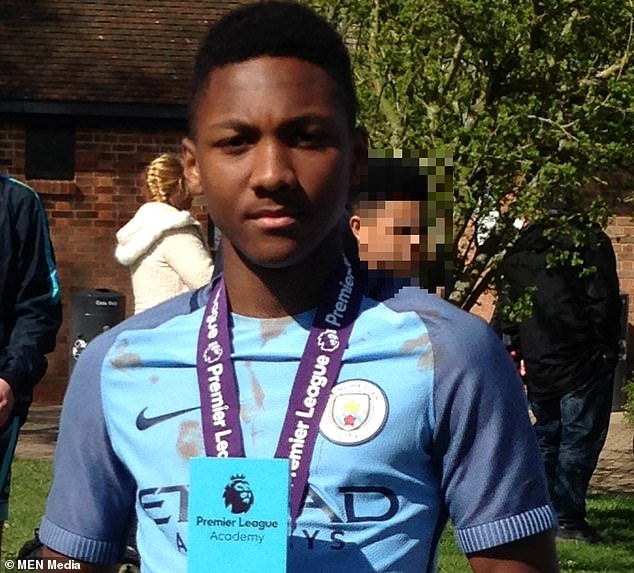 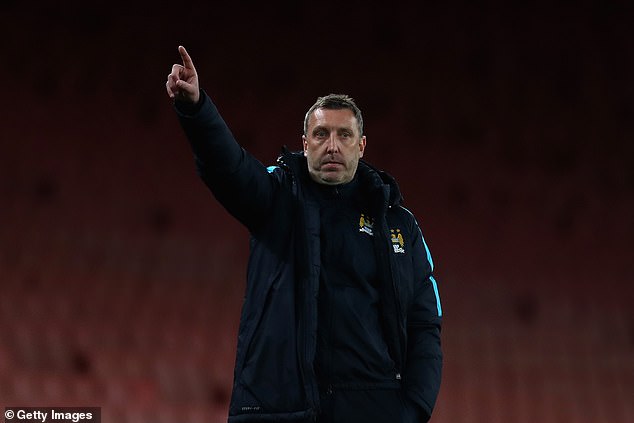 ‘We have to find the right academic platform for our boys,’ City’s academy director Jason Wilcox says. ‘Both schools have the same values and standards as us.’

City have needed their players to follow those standards during a difficult week following the tragic death of former academy defender Jeremy Wisten, who was found unresponsive at the family home by paramedics on Saturday.

Wisten’s friends and former team-mates will line up for an FA Youth Cup semi-final against Blackburn Rovers on Friday afternoon, observing a minute’s silence at St George’s Park.

‘It’s been a really tough week. Jeremy was a very well-liked boy,’ says former winger Wilcox, a title winner with Blackburn in 1995. ‘Our sincere condolences, thoughts and prayers go to Jeremy’s family. 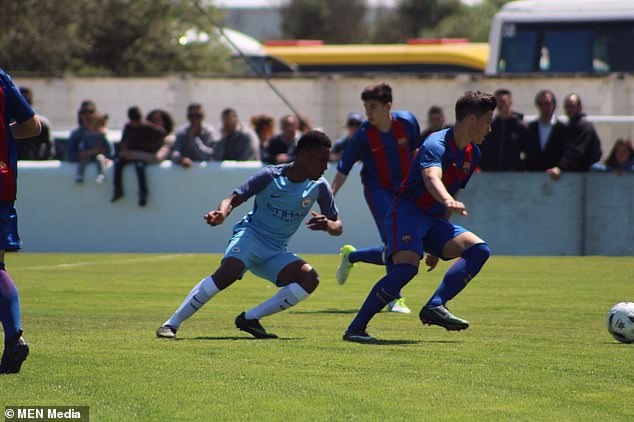 ‘I want to go on record about the number of messages we’ve received from academy directors, the FA, the Premier League, the sense of grief that we all feel as a football community. The support and outpouring has been overwhelming.

‘The biggest mark of respect we can show Jeremy is they go out and perform like they can, play our way and conduct themselves in a really professional way. That is the legacy they want to leave, irrespective of the result.’

Wisten turned 18 earlier this month. City had informed him that he would not be offered a scholarship in December 2018, organising trials at other clubs and — as with all players — offered pastoral care both before and after his departure. A designated member of operations staff supports players through their exits.

In a statement released to the local newspaper, Wisten’s parents thanked staff at City for his three years at the academy. His family were unaware of any mental health difficulties.

The teenager’s death has had a profound effect on the club, with 18-year-old Cole Palmer dedicating Tuesday’s Champions League debut at Marseille to his friend.

‘The way our players and staff have reacted, I’m extremely proud of them all,’ adds Wilcox, 49. ‘I can’t speak highly enough of the players, their families and our staff. It is a time we all get together and show our strength as a community.’

A number of those who will start Friday’s semi-final with Blackburn have donated to a crowdfund created for Wisten’s family by a close friend. Among them is Tommy Doyle, a midfielder who made his senior debut last season and is a mainstay in Guardiola’s first-team training. 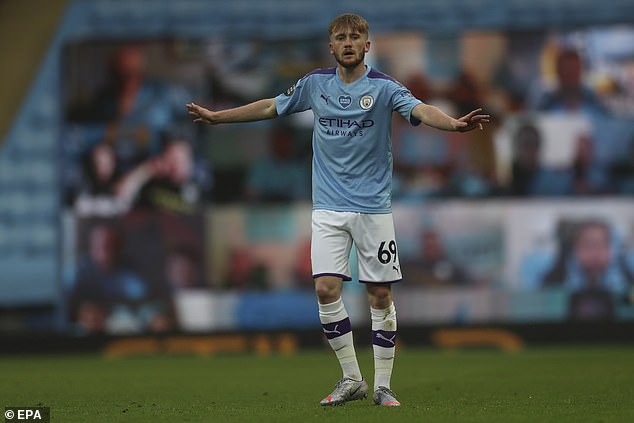 He is regularly joined by Taylor Harwood-Bellis and Palmer, both of whom — like Phil Foden before them — are streetwise Mancunians. Guardiola often calls for the kids and a significant number in the academy can relay experiences of mixing it with the likes of Kevin De Bruyne and Raheem Sterling.

‘One of the things we always tell the youngsters is make an impact,’ Wilcox says. ‘Don’t just be pleased to be there. Liam and Cole showed personality. That’s what we saw.’

Palmer accidentally floored Burnley’s Matt Lowton within 90 seconds of his debut, then loiterered around, unsure of where to put himself. 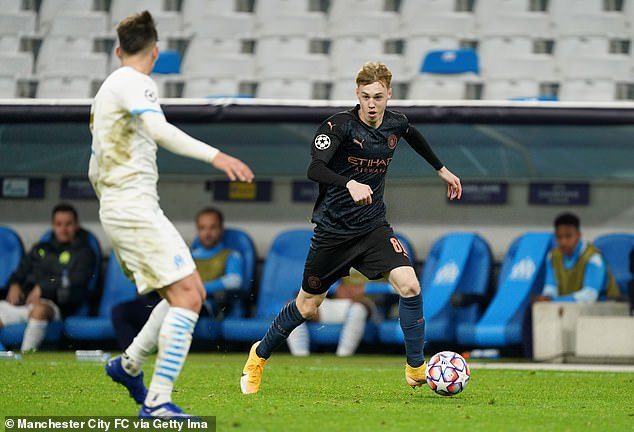 Many of the club’s youngsters have made their debuts this season, such as Cole Palmer

Lowton was fine, just a bang, and Palmer’s reaction was an endearing moment of someone taking his first tentative steps. He would later have a real impact on the 3-0 win, orchestrating one of the goals.

Delap, an uncompromising striker with serious finishing ability, scored within 18 minutes of his professional bow against Bournemouth a week earlier.

‘The ability to go on that stage and show personality, this sense of belonging,’ Wilcox smiles. ‘We take pride in that quality of person going up to the seniors. We would be horrified if we kept getting stories of poor behaviour, lack of respect, lack of professionalism. 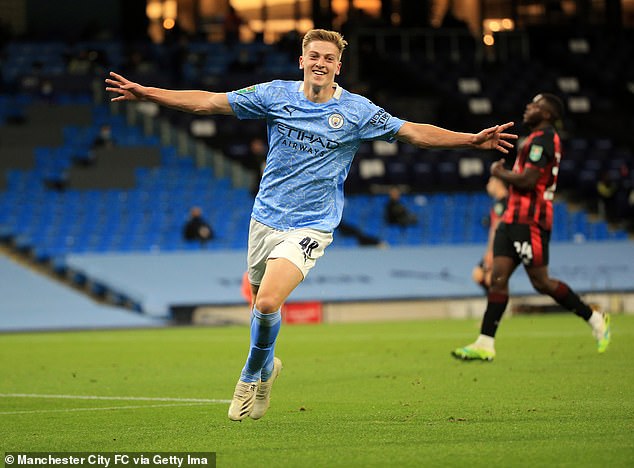 ‘Even if performances don’t go well, your behaviour gets you a second opportunity.

‘I say to (sporting director) Txiki Begiristain that I want to give him a headache every year, where we’ve got another group of players coming through. Our job is to keep making sure we keep giving Txiki this headache.

‘The level of player we’re producing now is better than previous years. We aim for the stars — what does a Champions League player look like — and work back.’

That mantra dictates only a few will make debuts, fewer still becoming long-term regulars. Beyond the names above, people are talking up James McAtee, Luke Mbete and a fair few others who will face Rovers as City hunt for a first FA Youth Cup since 2008, having been beaten finalists in four of the last five seasons. 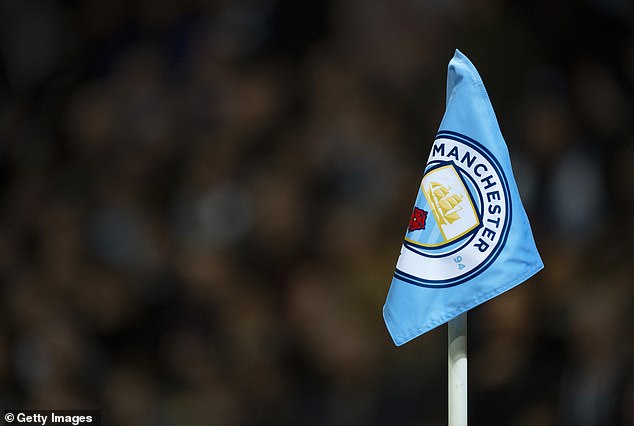 ‘Our recruitment team have done an amazing job,’ Wilcox says after a number of signings from England, Scotland and Europe. ‘As much as we aspire for our first team — and that has to be the aspiration — we take pride in producing players for football. Clubs who sign a Manchester City graduate know what they are getting.

‘I will never sit in front of a parent and guarantee they will train with the first team, or become a professional, but I can guarantee that they will be looked after as our own in the right environment.

‘The pandemic is challenging but I can’t speak highly enough of the staff, who’ve shown great resilience, managing the crisis as best we can while building for the future.

‘It’s about achieving more with less. More debuts with less time. But we need this sense of care.

‘Don’t be demanding without being caring, but don’t be caring without achieving anything.’