This is the hilarious moment a baby pretending to use her parent’s mobile phone gets a fright when it really rings.

Schuyler-Mai Walsh, 11 months, was mimicking her parents by putting the phone to her ear in her home in Enniscorthy, County Wexford, Ireland.

The video shows the baby propped up on her father Anthony’s knee and giggling excitedly as she pretends to use the mobile. 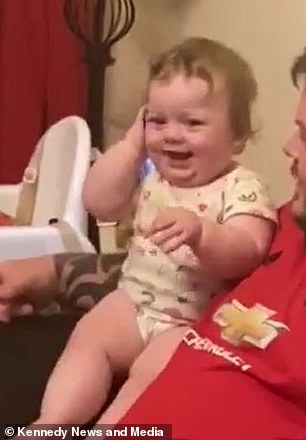 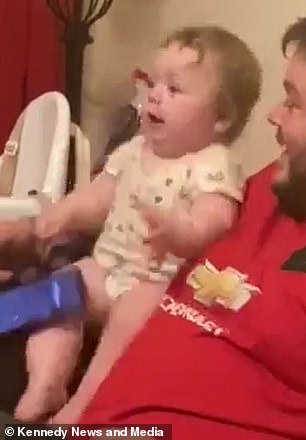 But when the phone suddenly starts ringing and vibrating, the infant’s eyes widen in shock and she drops the phone.

The startled little girl begins kicking her legs and waving her legs in panic – leaving the room in hysterics.

Mother Aileen Codd, 22, captured the moment on October 21, and her father Anthony, 44, said that they’re still laughing about the ‘perfectly timed’ video.

After she drops the phone, Schuyler-Mai stares at the device which is still ringing in her father’s lap, still in shock at the noise.

Family friends who have been watching the video on repeat have even said it’s the ‘best thing they’ve ever seen’.

Anthony said: ‘She had the shock of her life. Afterwards she didn’t cry but was laughing herself when we were all in hysterics. 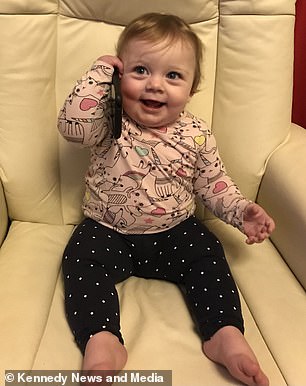 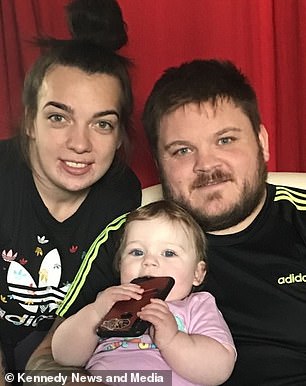 ‘The phone was on loud and vibrated – I don’t think she was expecting it to happen – it was priceless.’

He added: ‘It was the first time that she’d reacted like that to the phone ringing – usually she just looks at it and thinks “what’s this?”

‘We’ve watched it I don’t know how many times and are still laughing about it to this day.’

Schuyler-Mai the ‘very excitable’ loves the phone and will point to it at any given opportunity so that she can have a go.

Anthony said: ‘I don’t know why she loves the phone so much – when she sees me with it to my ear she grabs it and puts it to the back of her head.’

Coronavirus: Nurses with COVID-19 asked to carry on working at under pressure hospital in Belgium