It’s us against the world! Ole Gunnar Solskjaer is creating a siege mentality at Manchester United

Creating a siege mentality has become an important part of a manager’s psychological armoury in the modern game – back in the 1980s smaller clubs like Millwall and Wimbledon‘s Crazy Gang used the mantra ‘No-one likes us – we don’t care’ to bond together and beat richer and stronger rivals.

It worked so successfully that in the Premier League era, even the greatest bosses have adapted the theme to their own means.

Sir Alex Ferguson and Jose Mourinho regularly complained of the world being against them – from media to referees to governing bodies – even though they held the advantage of having the best players and biggest budgets. 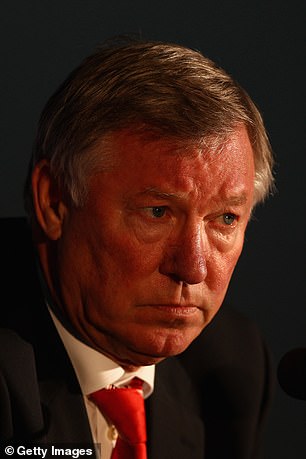 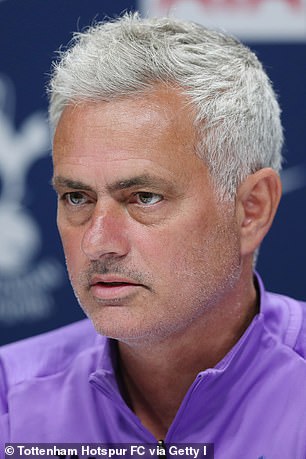 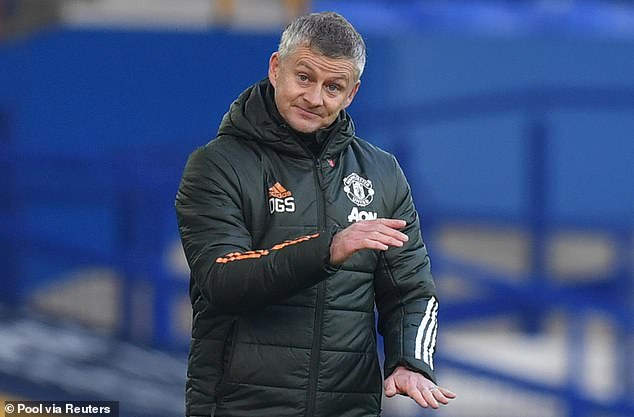 They say fruit never falls far from the tree and Ole Gunnar Solskjaer has clearly picked up some of the skills in manipulation used by Fergie.

He got in a little bit of practice by blaming the media for writing off Alexis Sanchez – when it was him who sent the Chilean to Inter Milan – and has recently claimed there is an outside agenda building against Mason Greenwood, whilst declining to select him.

This week, he has hit the bullseye when he used the short turnaround in fixtures between Wednesday night’s Champions League game in Turkey and Saturday lunchtime’s win at Everton to lash out at the authorities who sanctioned the fixture scheduling.

“The kick-off time set us up to fail.”

Ole Gunnar Solskjaer is furious that Man Utd have had to play on Saturday afternoon having played in Turkey on Wednesday night.

‘We were set up to fail,’ said Solskjaer who shed his usual nice-guy image to give the Premier League and television companies the type of hairdryer Fergie specialised in.

‘How can you expect players to perform at the best of their ability when we were set up for 12.30. Absolute joke.’

While Solskjaer’s outburst provoked sympathy from Jurgen Klopp and many others, and proved a neat diversion from speculation that Mauricio Pochettino has been considered for his job, it did sound like an echo to United’s most successful manager.

‘I think we have been handicapped by the Premier League,’ complained Ferguson after United’s run of tough games at the start of 2008-09. ‘They tell me it’s not planned – bloody hell.

‘I’m not saying what they do down there but next year we’ll be sending somebody to see how it happens, I can assure you. I just don’t understand how you can get the fixtures like that.’ 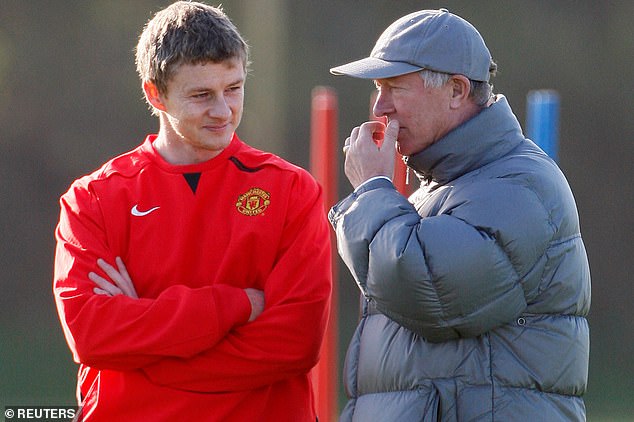 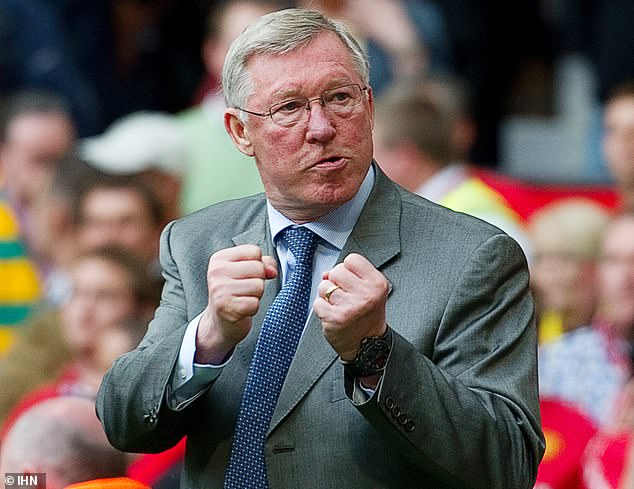 Ferguson often complained about referees, the media and the authorities being against him

In one sense, Solskjaer’s latest argument seems to have merit. To return from Turkey on 4am Thursday morning and then have to kick off at Goodison Park barely 48 hours later seems ridiculous, particularly with the nine other Premier League games taking place later on Saturday or Sunday.

He claimed United had tried to get the timings changed a month ago but television companies have pointed out privately that the club signed off on the fixture and that Solskjaer’s level of anger was a lesson in building siege mentality, noting the amount of money United earn through broadcast coverage.

The irony is that the two teams who had long trips in Europe immediately followed by lunchtime games, United and Spurs, both won and at this early stage of the season the busier teams might find it easier to build momentum. 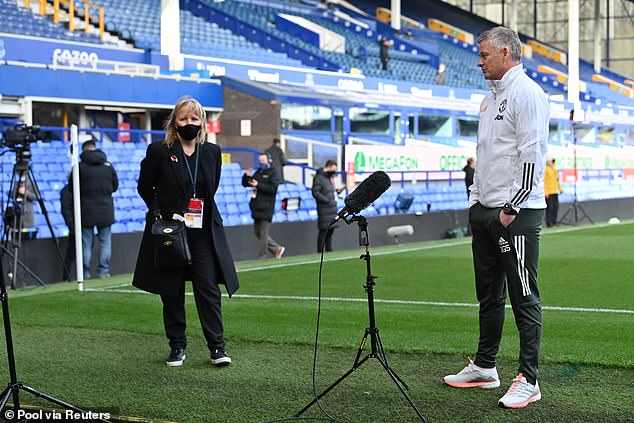 It’s particularly interesting however the way Solskjaer is shrewdly using the media to get his message across and set the agenda.

Certainly his remarks have since gained traction. Klopp and Pep Guardiola weighed in on Sunday, not only about the schedule but also allowing five substitutes.

But rallying the troops is an important part of managing a club like United and Solskjaer is using the power he has in print and in front of the microphone to good effect. 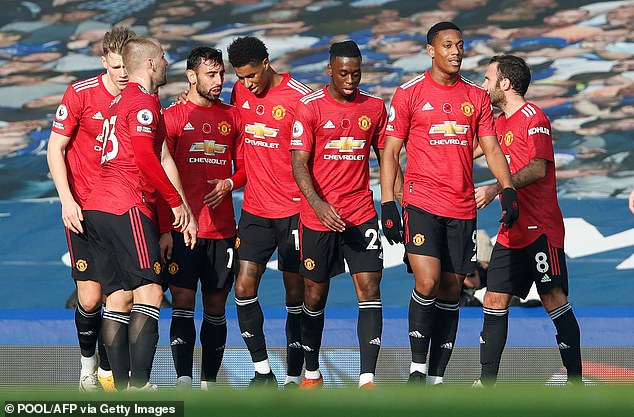 Though this is the highest-profile example, he’s been pressing buttons for a while.

In 2019, he suggested officials weren’t keen to punish Manchester City players with yellow cards for making fouls high up the pitch.

He’s publicly protected Greenwood after the player was sent home from international camp for breaching Covid protocols. Instead, he blamed England for picking him and ‘the whole English press go after him.’ 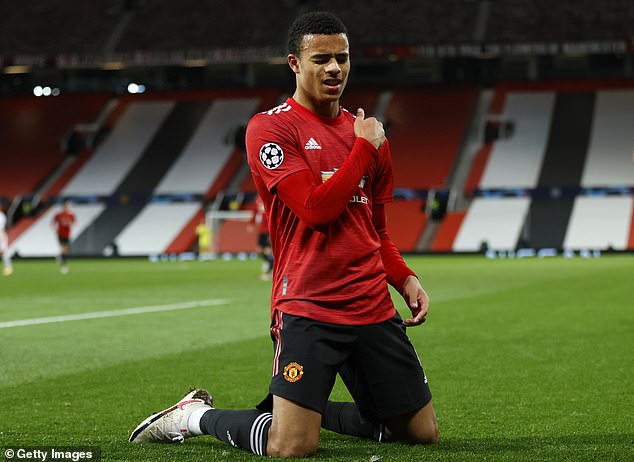 Solskjaer didn’t name the young forward in his squad for last weekend’s game and yet the message to the United dressing-room remains that Greenwood’s stop-start season is the fault of outsiders rather than the player himself.

Even more noticeable was the strong defence of skipper Harry Maguire after he ended up in court during a summer holiday to the Greek island of Mykonos.

The manager resisted temptation to change the captaincy and said: ‘He’s handled it really well and, of course, I’ll be here to support him.’ 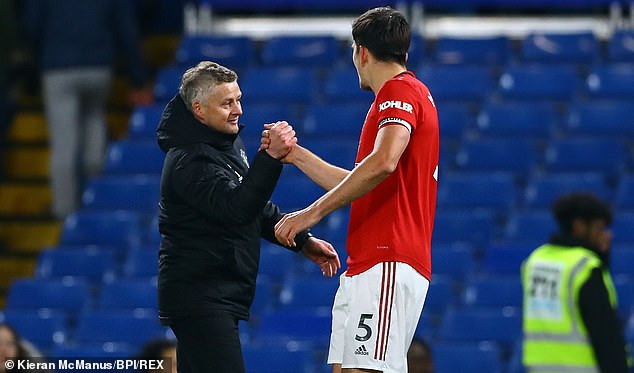 Solskjaer finished third last season and reached three cup semi-finals. But there are still those who consider him too soft with the dressing-room. There were fingers pointed at his tactics and motivational powers when United were beaten at home by Crystal Palace, Tottenham (a resounding 6-1) and Arsenal.

But whenever he needs a result, he finds one. The team looked as if they were playing for him in Saturday’s 3-1 win at Everton. Just the week before, they hammered then-Bundesliga leaders RB Leipzig 5-0.

The players know Solskjaer is in the trenches with them. It’s why he went on the offensive after gaining three points at Everton. As far as United’s players are concerned, it’s them against the rest of the world – just as it was during Ferguson’s time.

Neutrino partners with Waves to launch a new investing mechanism