‘I’ve never known a fighter as focused as Daniel’: Trainer hails dedication of Dubois as he prepares for mouthwatering heavyweight clash with Joe Joyce for British, Commonwealth and European titles on Saturday night

By Jeff Powell for the Daily Mail

As his trainer Martin Bowers drives him home from the gym Daniel Dubois talks matter-of-factly about what he must do to knock out Joe Joyce this Saturday night.

On another day it might be Dynamite Daniel’s father Dave at the wheel.

Not only does the strapping lad who would be the next heavyweight champion of the world not own a car but he has not passed his driving test. 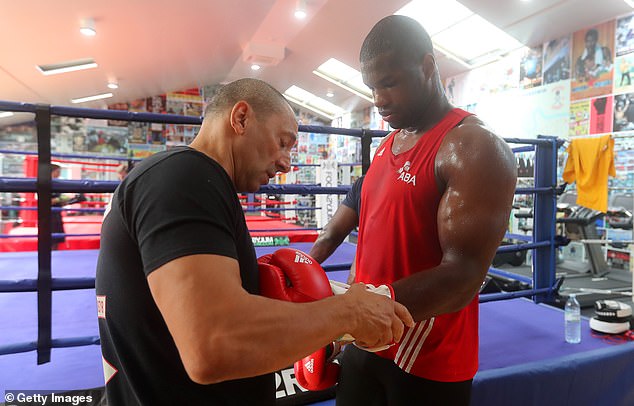 On a Saturday morning off training Juggernaut Joe drives his top of the range Audi to Middlesex Uni, where he gained a degree in fine art, to work on a painting of legendary world heavyweight champion Joe Louis to go with his portrait of Muhammad Ali.

If it comes to being driven, this late starter as a professional will leap into the ring at Westminster’s historic Church House fuelled by resentment that as a former silver Olympian he is being quoted by bookies as the heavy underdog.

The paradox between the early-rising star of the ring’s marquee division and the old school veteran with a wealth of amateur experience is just one of the fascinations with a fight which should lead the winner on to a world title shot at Anthony Joshua or Tyson Fury late next year.

‘In all my years in boxing I’ve never known a fighter so focussed and single-minded as Daniel,’ says Bowers. ‘No distractions in his life. His dedication is phenomenal.’

‘Yes, the kid’s a very good fighter,’ says Jones. ‘Okay, maybe he doesn’t own a car or even a mobile phone. But he’s about to come up against a full-grown, mature, rounded man.’ 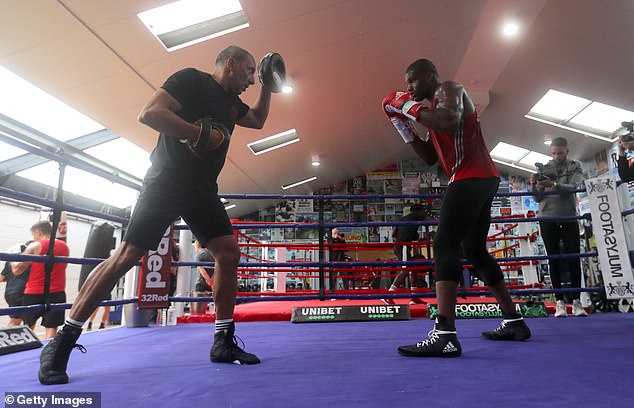 Joyce lives in his London bachelor pad and has been romantically linked with glamorous disc jockey Sarah-Jane Crawford.

Dubois lives in rural retreat with his family, including his boxing sister Caroline who is a favourite for gold at next summer’s Tokyo Olympics. Girls? ‘One day,’ he says. ’Once I dominate world heavyweight boxing. Can’t wait.’

Dubois was a likely prospect for Team GB as a swimmer before he discovered boxing. Joyce was a track-and-field contender until injuries ruled out a future as an athlete.

Young Daniel is only just 23. Mister Joyce is 35. Therein lies the key to this fight for the British, Commonwealth and European titles, their coming together via very different paths.

Joyce delayed turning professional to pursue his Olympic dream, the golden ambition of which he was robbed by a typically controversial amateur decision in favour of Tony Yoka in the final at Rio 2016. 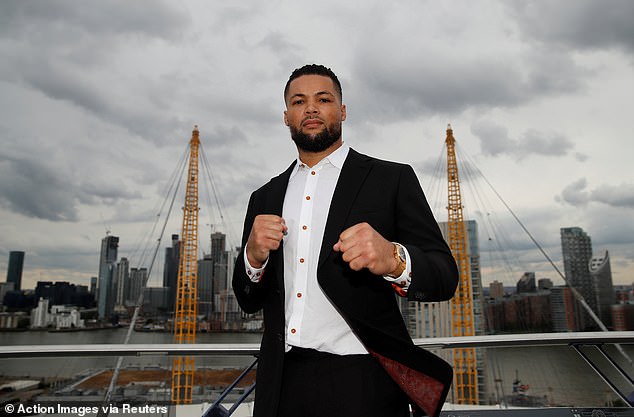 Dubois pulled out of the Olympic training squad to follow what Joyce calls ‘what he hopes will be the young Mike Tyson route’ towards world heavyweight fame and riches.

This has produced the oddity of the 12-years-younger man having the longer of their undefeated pro records. Joyce’s reads 11 wins, ten by knock-out. Dubois stands at 15 wins, 14 KO’s.. By another quirk of timing, each had his first paid outing in 2017.

Promoter Frank Warren drew them towards a risk they might have avoided by going their separate way into world title contention – but to which they have agreed at a time when boxing needs the best to fight the best. He did so with this promise: ‘It will be a great fight, good for both your reputations. While there has to be a winner, who will probably be first to get a world title fight, we will also work to ensure the loser gets his chance sooner rather than later.’

Even so Joyce is well aware he is fighting, also, for the position of heavyweight preference in Warren’s Queensberry stable. He says: ‘I know Dubois is Frank’s big heavyweight hope. That I have to reverse that status. It is up to me to do so and I believe I will.

‘He’s a big strong boy with a heavy punch but I do find it disrespectful to my amateur achievements and my pro wins over better opponents than Daniel has faced that they are calling he odds against me. He will find it much tougher than expected against my experience and my all round boxing. And he won’t find it as easy to stop someone with a chin as resilient as mine as he has with his previous opponents.’

They earned each other’s respect when they sparred with Team GB and Dubois says: ‘That was valuable for me, as with the other heavyweights up in Sheffield. Although I was very young (still a teenager) I found myself able to give him some trouble.

‘And he will find I am a different animal now. Much stronger. Punching even harder. I’m ready to put it on him. Back him up. Hunt him down. Take him out. I don’t expect it to be easy but I will not let him stand in the way of my destiny to be world heavyweight champion.

May the best man win. Or boy.

5 Most Used Cryptocurrency For Gaming Industry

5 Most Used Cryptocurrency For Gaming Industry

The death toll from storms in Iran rises to 12, and the crew of a ship is missing in the Gulf

Rep. Louie Gohmert denies he called for violence in remarks about tossed suit

US President Joe BidenFollow RT on Rabbi Shmuli Yanklowitz, president and dean of the Pete Midrash...