Ivermectin is not a cure for COVID-19, says the European Medicines Agency 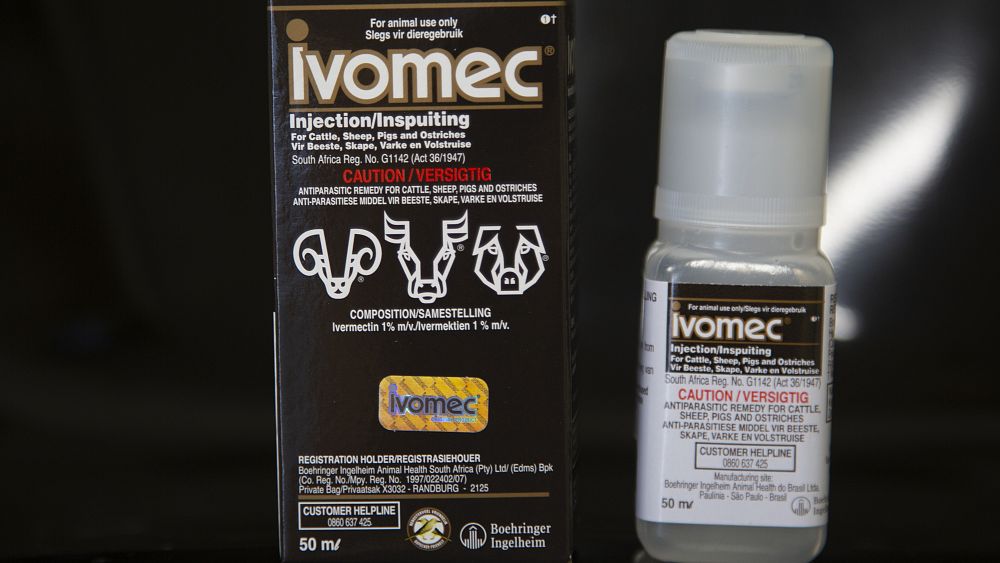 The European Medicines Agency (EMA) has confirmed that ivermectin should not be used to treat patients with COVID-19.

Misleading rumours online had suggested that European authorities were ignoring ivermectin as a “miracle” cure for the novel coronavirus.

But the EMA says the medicine has not been authorised for use against COVID-19 in the European Union and is not effective in its current form.

“EMA has reviewed the latest evidence on the use of ivermectin for the prevention and treatment of COVID-19 and concluded that the available data do not support its use for COVID-19 outside well-designed clinical trials,” the agency said in a statement.

Tablets of ivermectin are used across the EU to treat some parasitic worm infestations and is also widely available to vets to treat similar parasites in animals.

But there has been growing interest in the drug after reports re-emerged that ivermectin might inhibit the coronavirus in a lab dish.

French presidential candidate Nicolas Dupont-Aignan also launched a recent petition to call for the resignation of Olivier Veran, claiming that the Health Minister had blocked treatments of COVID-19, including ivermectin.

However, the EMA stated that it would require higher, potentially more dangerous concentrations of medicine to limit the spread of the virus.

“Laboratory studies found that ivermectin could block replication of SARS-CoV-2, but at much higher concentrations than those achieved with the currently authorised doses,” the EMA said.

“Results from clinical studies were varied, with some studies showing no benefit and others reporting a potential benefit.”

The agency warned that the toxic side effects of ivermectin could also increase with the doses needed to be effective against the coronavirus.

“Further well-designed, randomised studies are needed to draw conclusions as to whether the product is effective and safe in the prevention and treatment of COVID-19.”

The EMA added that they have not received any formal application by EU member states to use ivermectin during the pandemic, although the Czech Republic and Slovakia have allowed its temporary use in trials.

The Food and Drug Administration in the United States has also warned against people taking the veterinary version of ivermectin. Meanwhile, the World Health Organization has also reiterated that the drug should only be used to treat parasitic worms.

In January, South Africa had allowed the limited use of the medicine to treat the coronavirus, even though regulators acknowledged that there was not enough evidence that it works or is safe for this purpose.

Similarly, in May last year, Bolivia’s health ministry initially authorised the use of ivermectin, before specifying that the drug “has not been scientifically validated for the treatment of the coronavirus”.

How the Seychelles is racing to become the world's safest destination