Leader of the House of Commons and Conservative party MP Jacob Rees Mogg has claimed that there would need to be a general election if Boris Johnson were to be ousted as Prime Minister.

Rees Mogg yesterday argued on BBC Two’s Newsnight that any would-be successor to the Prime Minister would be forced to call an election to receive the public’s backing.

There is no rule in British law stipulating that a new Tory leader would be required to call a general election after winning a party leadership race.

But Rees Mogg told Newsnight’s Kirsty Wark that Britain’s parliament has moved to ‘an essentially Presidential system’ and declared that any new PM would be ‘well-advised’ to seek a fresh mandate.

Rees Mogg’s public declaration comes after The Times reported yesterday that a group of MPs loyal to the Prime Minister are warning Tory party rebels they will call for a general election in an attempt to discourage any attempt to topple him.

Johnson’s supporters are claiming that it is now parliamentary convention that the winner of a party leadership race must call an election to win the public’s seal of approval, pointing to the example of Johnson himself and his predecessor Theresa May, who both called early elections.

It comes as the Prime Minister and the Tory party await the findings of Whitehall ethics inquisitor Sue Gray’s report into ‘partygate’ and the alleged lockdown-breaking No10 gatherings.

Johnson could also become the first Prime Minister to be interviewed under police caution after it emerged yesterday that Scotland Yard is opening a criminal investigation into the parties. 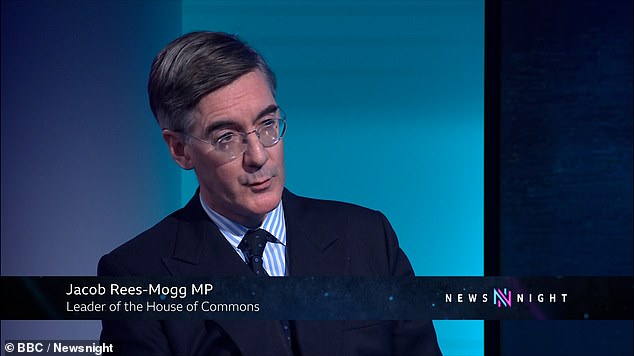 Rees Mogg yesterday argued on BBC Two’s Newsnight that any would-be successor to the Prime Minister would be forced to call an election to receive the public’s backing, although there is no law that supports his claim 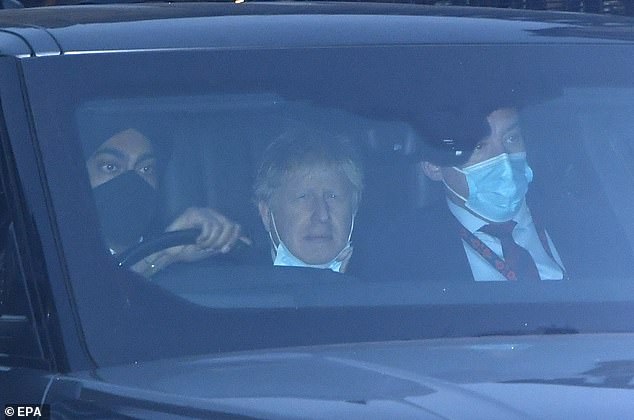 Britain’s Prime Minister Boris Johnson (C) is driven from Parliament in London, Britain, 25 January 2022. The Metropolitan Police have launched an investigation into parties held in No 10 during the coronavirus pandemic

Some Conservative MPs have already publicly called for the Prime Minister’s resignation, but others have said they will await the publication of the Gray report before trying to trigger a vote of no confidence.

But Rees Mogg’s Newsnight interview suggests that supporters of Johnson among the party are keen to dissuade any attempts from rebel Tory MPs to bring down the Prime Minister by piling on the pressure of a potential general election.

The Commons leader said: ‘It is my view that we have moved, for better or worse, to essentially a presidential system and that therefore the mandate is personal rather than entirely party, and that any Prime Minister would be very well advised to seek a fresh mandate.’

When asked whether the Prime Minister should resign if there is a photograph of him at a drinks party in No 10, Rees Mogg urged people to wait for Gray’s report to be published and denounced what he described as ‘gossip’ around the issue.

‘Trying to speculate on bits of gossip and tittle-tattle around the report doesn’t really get us anywhere,’ he added. 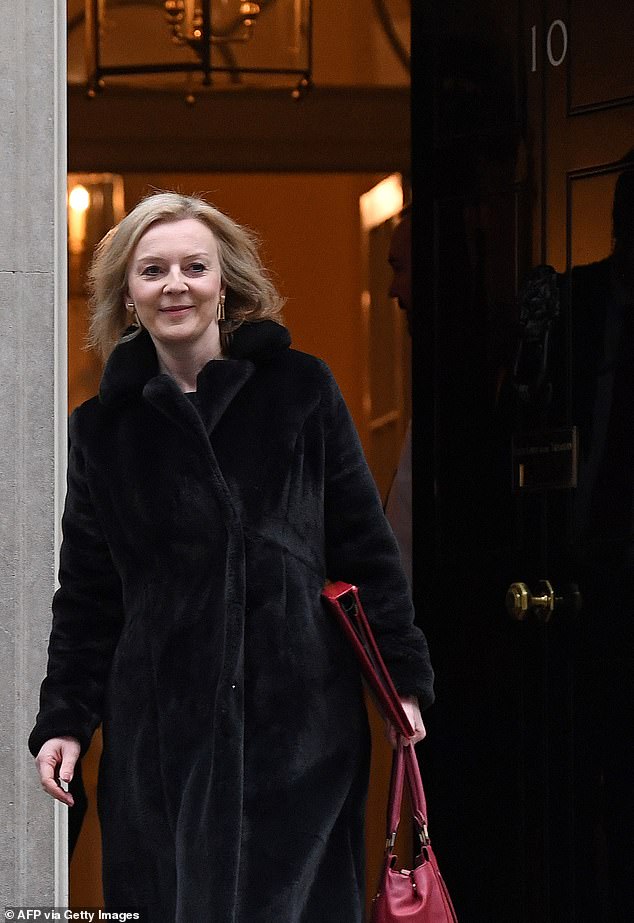 Britain’s Foreign Secretary Liz Truss leaves from 10 Downing Street in London on January 25, 2022, after attending a meeting of the Cabinet. Truss, who is one of the Tory MPs tipped to succeed Boris Johnson should he resign over the partygate affair, is due to face broadcasters this morning and is likely to field a flurry of questions about the Gray report, the police investigation, and whether she believes Johnson should remain 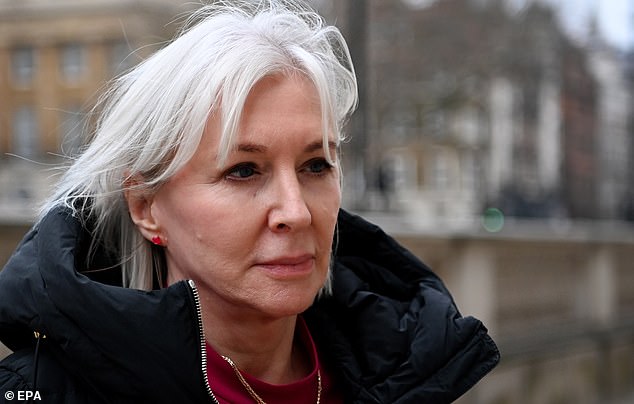 British Secretary of State for Digital, Culture, Media and Sport Nadine Dorries arrives at the Cabinet Office in London, Britain, 24 January 2022. Dorries is said to be one of the senior Tory MPs allied to Boris Johnson amid the partygate scandal

Rees Mogg’s public support for any would-be Tory leader to call an election is likely the latest step in a ploy designed to help Boris Johnson maintain some stability amid the ‘partygate’ scandal threatening his premiership.

Under Tory party rules, 54 MPs – representing 15 per cent of the party – would need to submit letters of no confidence to the 1922 Committee which oversees party rules in order to trigger a confidence vote over Johnson’s premiership.

It is not known how many Conservatives have already submitted, or intent to submit, letters of no confidence.

It emerged yesterday that Johnson could become the first Prime Minister ever to be interviewed under police caution, while Sue Gray told Number 10 that she expects her findings into whether Downing Street gatherings broke lockdown rules to be released in full within ‘hours’ of them being delivered to the Government.

Scotland Yard announced yesterday that it is opening a criminal investigation into gatherings, and police sources told The Times that it was ‘inevitable’ that the PM would have to speak to detectives.

This would make Johnson the second sitting Prime Minister to be interviewed after Tony Blair was quizzed over the cash-for-honours scandal 15 years ago.

However Blair was interviewed as a witness – and no sitting Prime Minister has ever been interviewed under caution which requires officers to read them their rights before the questions begin.

Meanwhile, the delivery of Sue Gray’s report into the Downing St parties is understood to be imminent and could see the report released to the public after PMQs later today.

Sky News last night claimed that she had been handed photographs of Boris Johnson next to wine bottles at an alleged lockdown breaking party, and has identified eight parties that breached the rules.

Many Tory MPs are awaiting the findings before deciding whether to submit letters of no confidence in Johnson that could topple him as prime minister and trigger a Tory leadership contest.

Northern Ireland minister Conor Burns defended Johnson’s presence at a surprise birthday bash in the Cabinet room on June 19 2020 when social events indoors were banned, saying he had been ‘ambushed with a cake’.

Burns said it was ‘not a premeditated, organised party’, adding: ‘They came to his office with a cake, they sang Happy Birthday, he was there for 10 minutes.

But Foreign Secretary Liz Truss, one of those tipped to succeed Mr Johnson should he resign over the partygate affair, is due to face broadcasters this morning and is likely to field a flurry of questions about the Gray report, the police investigation, and whether she believes Johnson should remain.