Gypsy Joker bikie who taped a woman to a pole, choked her, shaved her head and taunted ‘I’m going to make you look ugly’ is jailed after last-minute guilty plea

A Gypsy Jokers bikie abducted, bashed, and tortured a woman before shaving her head and promising to ‘make her ugly’.

Chad Daniel Hogg, 31, made two horrific attacks on the woman, who can’t be named, in western Sydney in 2018.

The court heard the first assault took place at a caravan park in Jamisontown near Penrith in July 2018, where the young woman was grabbed by the throat and choked multiple times, according to agreed facts. 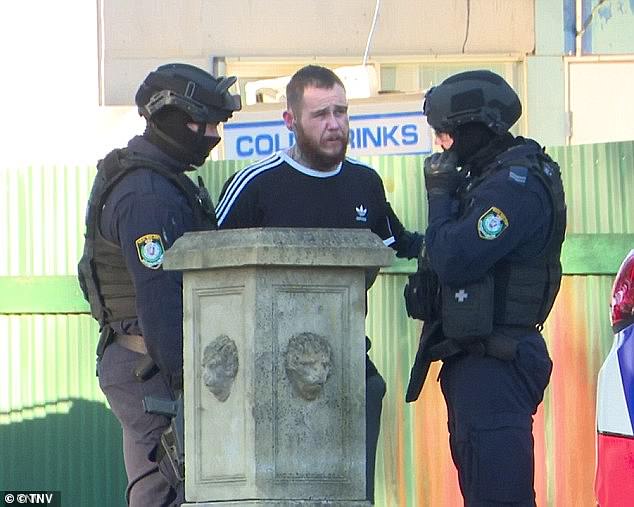 Chad Daniel Hogg was sentenced to a minimum four years jail on Friday. He’s pictured during his arrest at a bikie clubhouse in Horsley Park in September 2018

The woman, who can’t be named for legal reasons, was also slapped in the face.

She was later taken to Nepean Hospital with a fractured eye socket and suspected fractured nose suffered in the violent attack, Penrith Press reported

Just two months later, Hogg abducted the same woman during an argument over jewellery and drove her 25km to the Gypsy Joker clubhouse in Horsley Park, where she was tied to a pole with duct tape.

He choked and slapped her before shaving off chunks of the woman’s hair with clippers while taunting her that ‘I’m going to make you look ugly’, the court heard.

Then he drove the kidnapped woman to a chicken takeaway outlet in Penrith, where she was released. 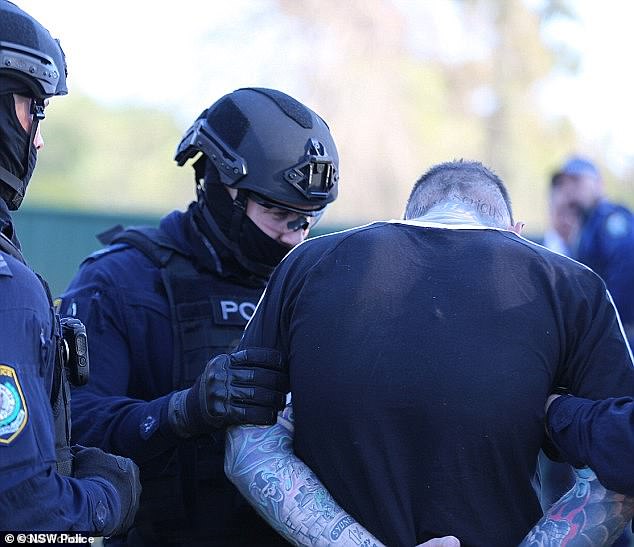 Hogg was arrested later that day after a dramatic two-hour stand-off with police at the Gypsy Jokers clubhouse in Sydney’s south west.

He was due to stand trial in November, but the trial was called six days before it was due to start after Hogg entered 11th hour guilty pleas.

Hogg apologised for his ‘foolish and cowardly’ behaviour in a letter to the court during his sentencing on Friday. 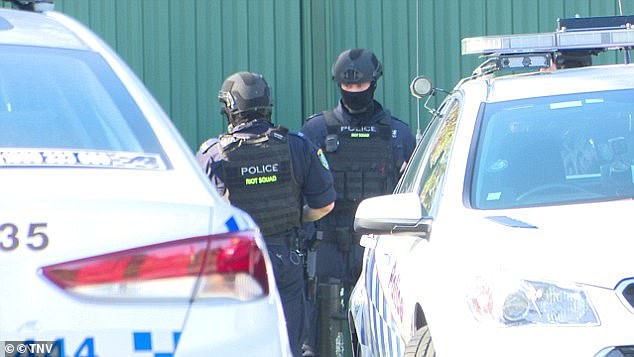 Police attended the Gypsy Joker clubhouse in Horsley Park in 2018 after a young woman was abducted, bashed and choked before her hair was shaved off with clippers 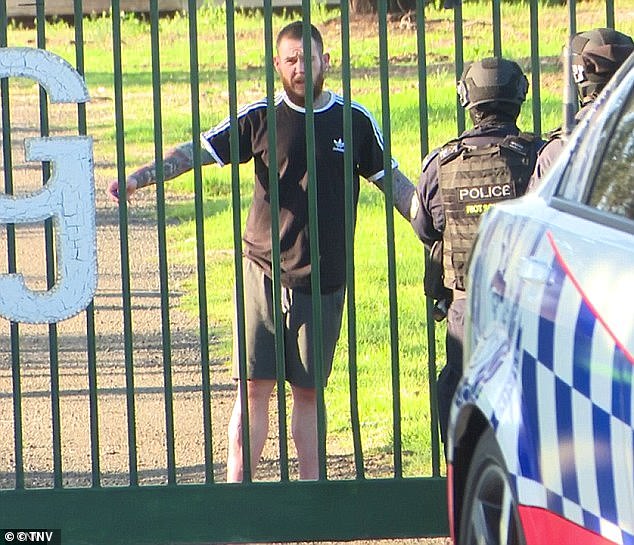 But the crown prosecutor argued Hogg demonstrated a lack of insight.

‘His regret and remorse is derived only from being caught for his offending,’ they told the court.

‘”Foolish” and “cowardly” are words that do not describe the gravity of his offending.

‘The detention was extensive, the actual bodily harm occasioned was significant and the offender shaving (the victim’s) head to make her look ugly was just designed to humiliate her.’

Hogg was jailed for a minimum four years in Penrith District Court on Friday.

Having been in custody since his arrest, Hogg will be eligible for parole in November 2022.