JAIL social media bosses who allow terror on their platforms

Big tech executives who allow the spread of extremist material online should be jailed, according to the Government’s terror watchdog chief.

Accusing social media giants of having neither a ‘human face or heart’, he sensationally claimed it was pointless appealing to Facebook’s founder Mark Zuckerberg to ‘act morally’ because he was only motivated by profit.

In an interview with The Telegraph, Mr Hall called for greater use of tough control orders to monitor suspected terrorists, arguing that MI5 and GCHQ should be allowed to put their ‘intrusive’ powers to ‘creative’ use to tackle a growing number of ‘lone wolf’ extremists.

‘Nothing should be off the books. Most regulations have a criminal penalty attached to them and often imprisonment lies at the end of the tunnel,’ the Government’s independent reviewer of terrorism said.

Accusing social media giants of having neither a ‘human face or heart’, Jonathan Hall QC sensationally claimed it was pointless appealing to Facebook’s founder Mark Zuckerberg to ‘act morally’ because he was only motivated by profit

‘You would hope you wouldn’t get there because the fines can be very high and the reputational consequences can be enormous, but I wouldn’t take anything off the table.’

Britain’s intelligence agencies are said to be concerned over the rise of ‘lone wolf’ terorists radicalised during the pandemic.

Calling the Internet the ‘main frontier’, he said the Internet has made it easier for Islamist and Right-wing terrorist to set up groups.

‘I think tech companies have made a rod for their own back by pretending they have values like “do no evil” when in fact they only have values as long as it makes them money,’ he added. 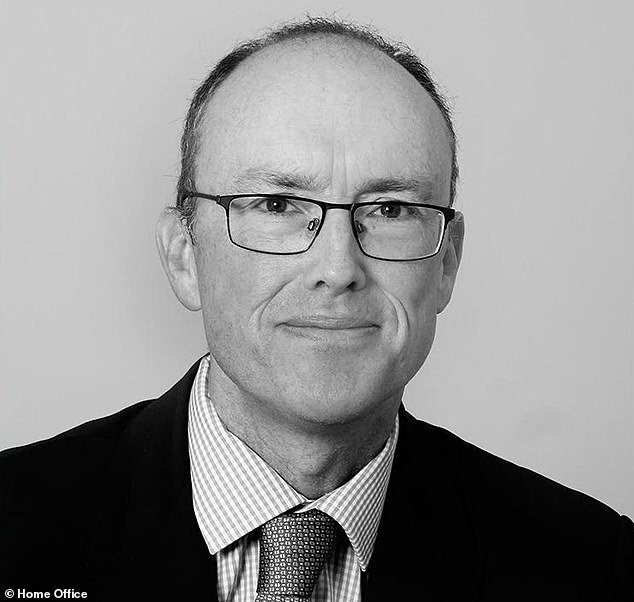 The independent reviewer, who took up his post in 2019, called for the use of more Terrorism Prevention and Investigation Measures (Tpims) to monitor suspects.

Though the use of the orders, from tagging and curfews to restricted access to phones and computers was weakened by David Cameron’s coalition government, Mr Hall argued they should be used more to deter ‘keyboard warriors’.

A Meta spokesperson said: ‘We don’t allow terrorists or terrorist content on Facebook. That includes terrorists that target the general public, police officers and politicians.

‘We’ve made massive investments — including approximately $5billion globally last year alone — to help keep people who use our services safe.

‘As a result, Between July and September 2021 we removed over 9.8million pieces of terrorist content from Facebook, up from 3.1million over the same period in 2018. We proactively detected and removed over 99 per cent of this content before it was reported to us.’

A Miami couple ran a Keys fish house. Police said they stole $2.5 million while at work

Bill Clark/GettyThe pro-gun Republican congressman representing Uvalde, who has come under fire this week for dodging questions on gun control and for previously boasting about opposing gun legislation,...

A Miami couple ran a Keys fish house. Police said they stole $2.5 million while at work