Casino giant Crown Resorts is not fit to run its $2.2 billion Sydney casino because it facilitated money laundering and has other ‘deep’ problems, a highly anticipated report has found.

Commissioner Patricia Bergin has recommended a number of dramatic changes that Crown would have to make before it could run the casino.

In Ms Bergin’s report to the NSW gaming authority, published on Tuesday afternoon, she finds that Crown subsidiaries were used to launder money and that the company’s conduct facilitated money laundering for at least five years.

Billionaire James Packer was able to manoeuvre the company’s operations from afar, despite no longer being on the board, Ms Bergin says. 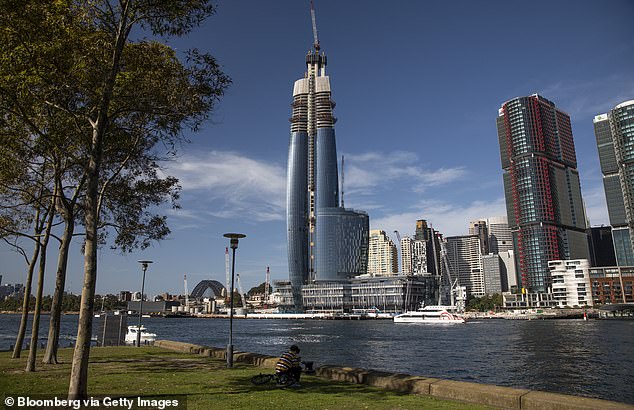 An inquiry has found Crown resorts unfit to run its new $2.2billion crown casino in Sydney (pictured under construction in March) 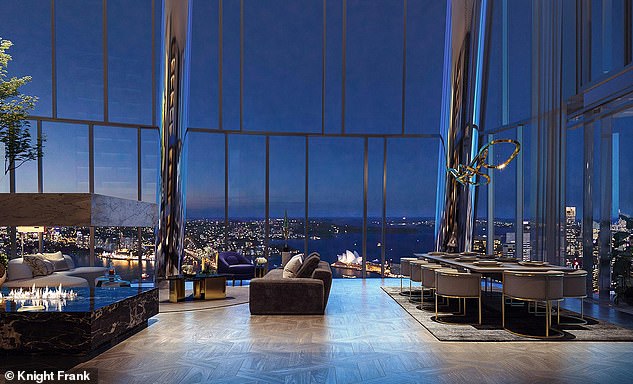 Commissioner Patricia Bergin has recommended a number of dramatic changes that Crown would have to make before it could run the casino (pictured: an artist’s impression of the casino)

Though well-intentioned, his actions had ‘rather disastrous consequences’ for the company.

Ms Bergin has left it to the NSW Independent Liquor and Gaming Authority to decide exactly what changes Crown needs to make before gaming could begin at the Barangaroo casino.

But she makes a swag of recommendations, including a forensic probe to make sure all money-laundering in Crown accounts has been uncovered.

While chief executive Ken Barton, former AFL chief Andrew Demetriou and Michael Johnston remain on the board the regulator should have ‘very serious doubts’ that Crown could be suitable to run the casino, Ms Bergin says.

Crown should have to disclose any agreement to share confidential information with Mr Packer as well, she says.

Ms Bergin also says a new Independent Casino Commission should be set up with the powers of a royal commission to address the risks in casinos and gambling. 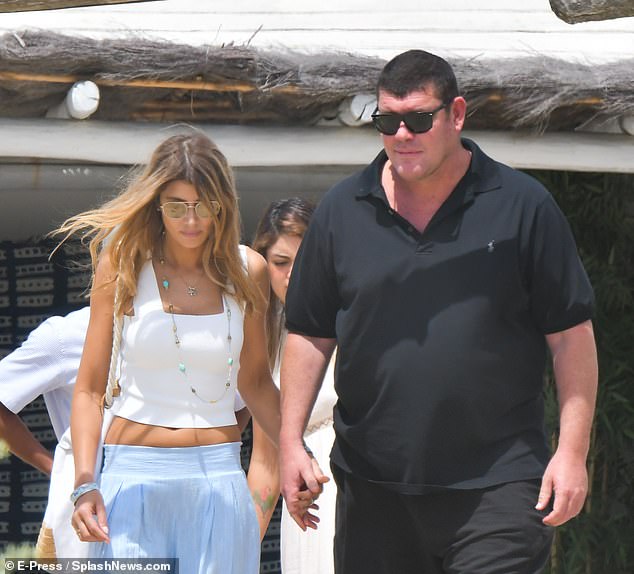 Ms Bergin said billionaire James Packer (pictured with his girlfriend Kylie Lim) was able to manoeuvre the company’s operations from afar, despite no longer being on the board, which had ‘ rather disastrous consequences’ for the company

Shares in Crown Resorts earlier entered a trading halt as the casino giant braced for the report, which runs to more than 600 pages.

The report’s publication is the culmination of an extraordinary probe that has laid bare the governance problems at one of the country’s most high-profile companies.

The Liquor and Gaming Authority said a link to the report would be posted on the NSW parliament’s website.

The authority commissioned Ms Bergin to make findings and recommendations on Crown’s suitability to hold a casino licence in August 2019 after a series of media reports raised concerns about the company’s business dealings.

During the inquiry, Crown admitted it was more likely than not that money had been laundered through its bank accounts.

The company was accused by lawyers in the inquiry, and earlier in media reports, of turning a blind eye to money laundering.

Evidence was also aired of the company’s links with organised crime figures and a high-risk, profit-driven culture. 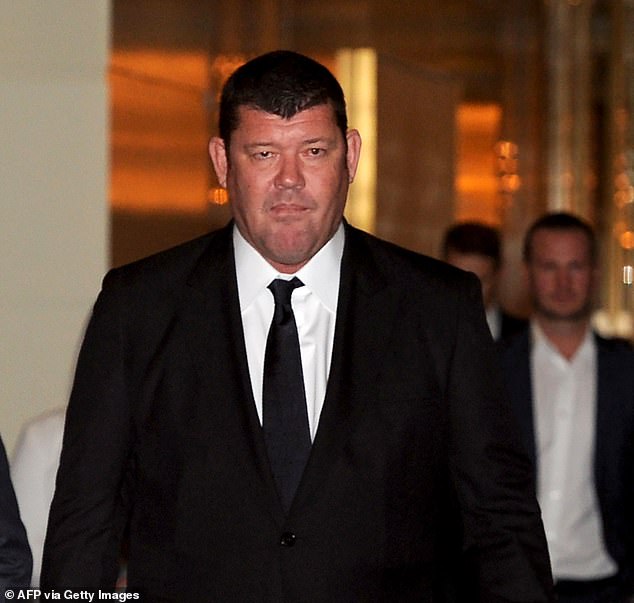 The inquiry previously heard Mr Packer (pictured) has been diagnosed with bi-polar disorder, which he said contributed to ‘shameful’ and ‘disgraceful’ conduct on his behalf

The inquiry shone a spotlight on billionaire James Packer, a figure who has long been subject to fascination, scrutiny and gossip.

While giving evidence, Mr Packer revealed he had been diagnosed with bipolar disorder, an illness that saw him step down from Crown’s board twice.

The troubled heir owned up to ‘shameful’ and ‘disgraceful’ conduct, which he blamed on his poor mental health.

Counsel assisting the inquiry argued that Ms Bergin should find that neither Crown nor Mr Packer were suitable to be close associates of the casino.

If Ms Bergin does find Crown’s problems mean it should not run the casino, she must make recommendations for what changes, if any, can render it suitable.

One suggestion already came from Mr Packer, who admitted that Ms Bergin might consider caps on shareholding and therefore force him to part with his shares in Crown. He owns 36.8 per cent of the company.

Another issue was the independence of the board, which includes a number of Packer family associates. 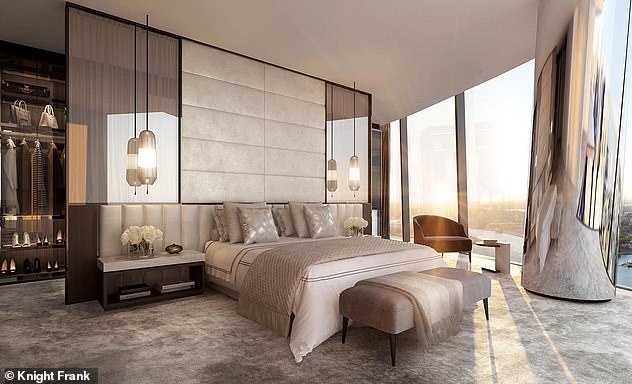 In her findings, Ms Bergin said the company should not operate the casino because it facilitated money laundering and has other ‘deep’ problems (artist’s impression) 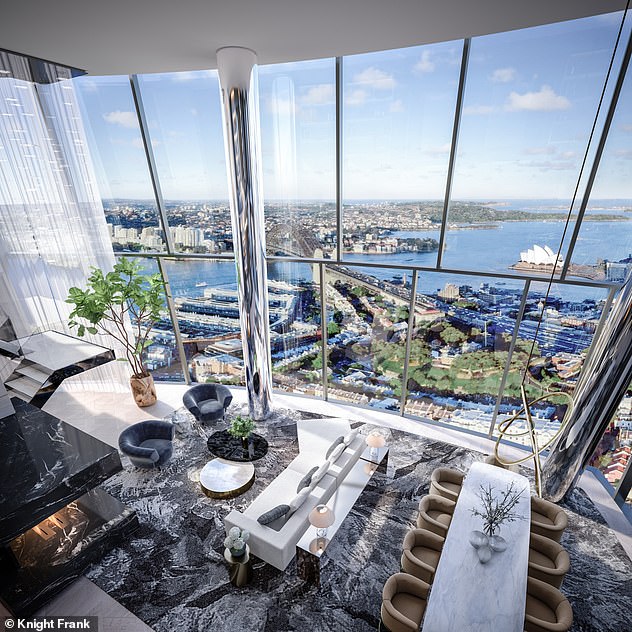 Ms Bergin made a raft of recommendations, including a forensic probe to make sure all money-laundering in Crown accounts has been uncovered (artist’s impression pictured)

Crown appointed a new director, Nigel Morrison, to the board last month. The company’s media release described the appointment as ‘part of a process of board renewal’.

In November, Crown was instructed by gaming regulators to delay the opening of its new casino in Sydney due to ‘extremely concerning’ evidence tendered at at the inquiry.

At the time, Chairman Phillip Crawford said evidence at the inquiry regarding money laundering was too serious to allow the casino to open its gaming services pending the findings.

The new flagship Barangaroo facility had been scheduled to open on December 14, and the company declined to open its non-gaming operations – the hotel, restaurants and bars – at that time and the casino later.

However, the Crown weeks later decided to open its non-gaming facilities at the end of December after the company was granted an interim liquor licence from the Independent Liquor and Gaming Authority. 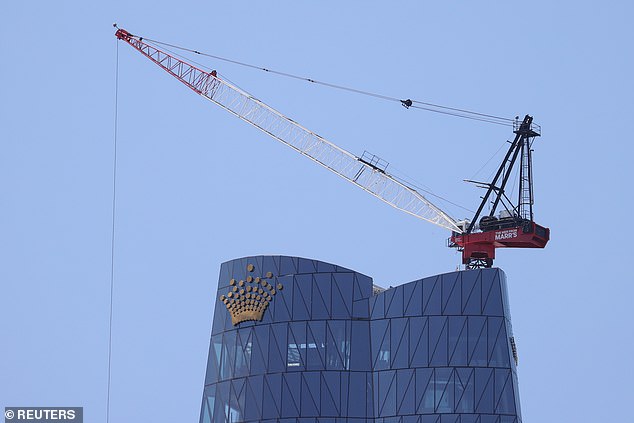