Jamie Oliver’s £1.75m windfall from ruins of collapsed restaurants – but suppliers who were owed millions after the collapse of his empire will get a fraction of that

He’s the super-rich TV chef who faced a spectacular downfall when his restaurant empire collapsed in 2018, owing millions of pounds to his suppliers.

But Jamie Oliver can breathe a sigh of relief, as the Daily Mail’s Richard Eden can reveal he’s recouped £1.75 million.

This may, however, cause his suppliers to boil over. They include such prestigious names as the Queen’s wine merchant Berry Bros, and Natoora, the fashionable organic veg supplier which sells to Michelin-starred chefs.

The celebrity chef, 46, closed 22 of his Jamie’s Italian restaurants with the loss of 1,000 jobs in May 2019 after profits plunged as customers stayed away.

The business, Jamie’s Italian, owed around £83 million when it went bust. Oliver ploughed in about £15 million of his own money, and now £1.75 million will be paid to his holding company, Jamie Oliver Holdings Ltd. 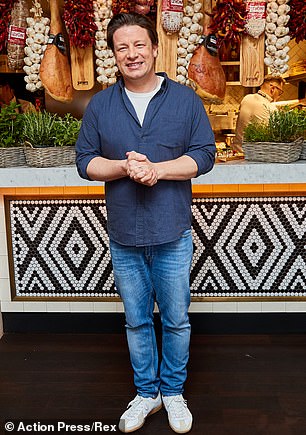 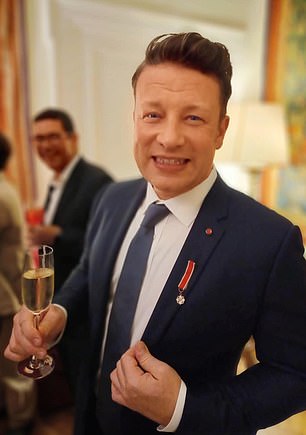 Celebrity TV Chef Jamie Oliver (pictured) ploughed in about £15 million of his own money, and now £1.75 million will be paid to his holding company, Jamie Oliver Holdings Ltd

In January last year, the company’s administrator KPMG revealed that the majority of the £83million owed to secured and unsecured creditors such as food suppliers, councils and landlords would not be recovered.

Auditors said that while three Jamie’s Italian restaurants and delis at Gatwick Airport remain open, the people owed money for the past eight months are likely to be significantly out of pocket.

Now it has emerged that unsecured creditors, such as the suppliers owed millions, will have to share £600,000 that has been set aside for their claims.

One of the largest debts to a supplier is the £221,494 run up by the chain with Direct Meats, based in Essex.

The company’s director, Martin Blackwell, said in a report on the firm’s trading for 2019: ‘In the previous year we had established what we believed to be a strong relationship with Jamie Oliver’s Italian.

‘And here we had seen more than a doubling in the business between the years 2018 and 2019.

‘We were hugely let down by the businesses falling into administration, and without this our year-end figures, which are indeed satisfactory, would have been significantly improved and would have reflected the hard work and dedication of the officers and staff in taking Direct Meats forward.’

Oliver’s spokesman could not be reached for comment, but his spokesman previously said the chef had reached ‘mutually consensual terms’ with his creditors. 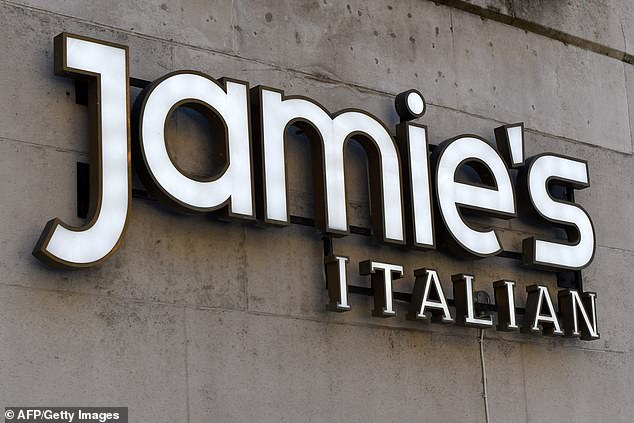 Jamie Oliver’s spokesman could not be reached for comment, but his spokesman has previously said the chef had reached ‘mutually consensual terms’ with his creditors

Jamie’s Italian was the most high-profile fall from grace in a year when hundreds of restaurants closed across the UK.

Around 1,000 jobs were lost at the Naked Chef’s restaurants in 2019 when the company went into administration and more than 20 of his sites were closed.

It was reported Oliver dipped into his own personal bank account to pay the wages of roughly 1,000 staff who have been made redundant.

Some parts of the restaurant empire still exist in the form of 65 international sites in 25 countries.

In August 2019 Oliver broke down as he visited Fifteen in east London, which he opened in 2002, as part of Channel 4 documentary Jamie Oliver: The Naked Chef Bares All.

Both he and presenter Davina McCall became emotional as he talked her through what went wrong with his empire and the stress he had been under since.

Oliver is rumoured to have a fortune of more than £200 million and recently applied for permission to extend his £3 million Essex mansion.

He and his family hope to add three more bedrooms to their six-bedroom pile.

2015: Jamie At Home, which contracted agents to sell his cookware range at parties, ceased trading after racking up losses. The company began in 2009, as part of the Jamie Oliver organisation, before being licensed to another firm in 2013, but shut up shop in 2015.

Chain was struggling with debts of £71.5m and teetered on the edge of bankruptcy before the chef injected his savings into the business.

The firm also took out £37m in loans from HSBC and other companies.

In 2017 he closed the last of his four his Union Jack Piazzas, in London’s Covent Garden.

2018: Jamie’s Italian shuttered 12 of its 37 sites, with the latter tranche executed through a Company Voluntary Arrangement (CVA).

He also came under fire for failing to pay suppliers after his upmarket steak restaurant Barbecoa crashed into administration, leading to the closure of its Piccadilly branch.

The restaurant in St Paul’s continued to trade and was bought out by a new company set up by Oliver, who was no longer legally liable for the debts.

2019: All but three of Jamie Oliver’s restaurants close after the business called in administrators, with 1,000 staff facing redundancy.

‘Bristol-Myers is a buy at current levels’

‘Bristol-Myers is a buy at current levels'