JAN MOIR: It’s tough being the ex-Factor. But that’s not abuse, it’s showbusiness

Against what? Exploitation and mistreatment primarily, with a backbeat of bullying, grooming and even sexual abuse.

She wants music managers and agents to have a ‘licence’ and ‘face a tribunal’ if they ‘mistreat an artist or an employee’. Where will this end?

With Simon Cowell appearing in the dock at Top Of The Pops Court, accused of mocking Olly Murs’s dubious taste in hats?

With Louis Walsh found guilty of looking at Fleur East ‘in a funny way’ and sent to the jailhouse rock?

Rebecca’s faith in the Government is touching, particularly at this time of national crisis.

Yet surely it seems so much more pressing for Boris & Co to be investigating themselves and perhaps finding themselves wanting, instead of investigating whether or not Mickey Mogul shouted at Betty Boop for turning up late to rehearsal in the wrong tights. 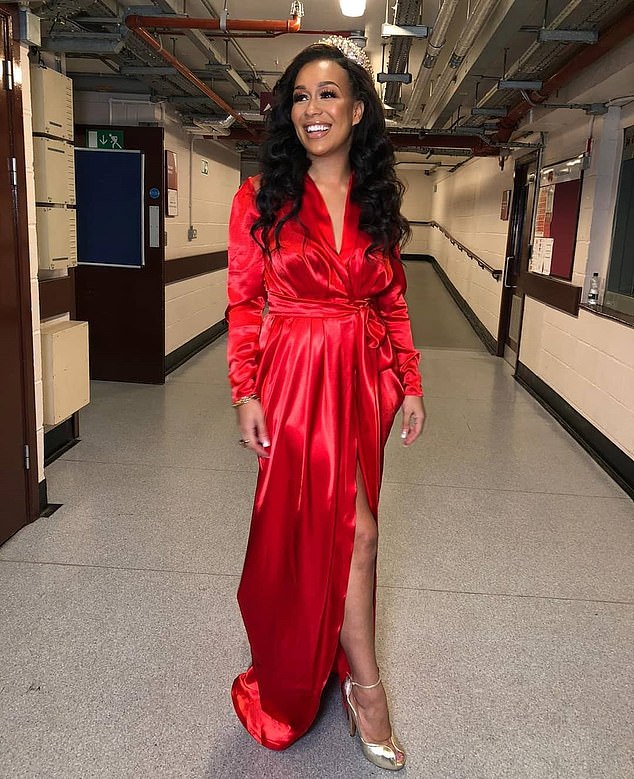 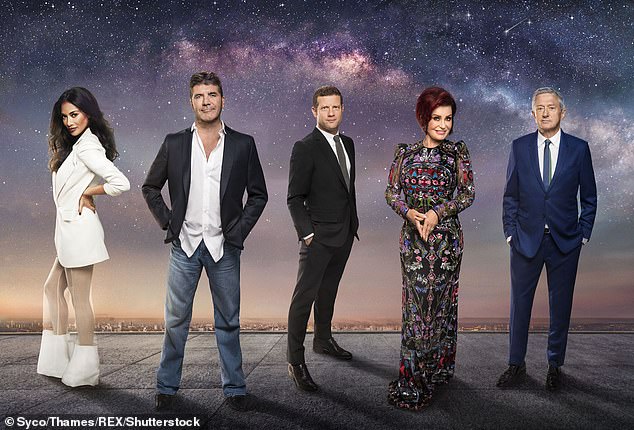 In this country, there are already plenty of laws in place to protect the innocent. And I don’t approve of this vague, Meghan-esque smear — a powerful but cowardly allegation that mentions no one but damns everyone by association.

And is it even feasible to insist upon extra legislation and state intervention into the music industry?

Or is this just the bottled-up pique of a pop star who didn’t make it big?

You may remember Rebecca, who was the runner-up in the 2010 series of The X Factor.

I always liked her, and hoped she would go on to bigger things. She certainly deserved to, being one of the better singers to appear on the show, and one who wrote her own songs into the bargain.

She had four albums which briefly appeared in the Top 10, but her career flat-lined six years ago and now it appears that there isn’t a showbiz defibrillator powerful enough to bring it back from the dead.

I really don’t know why. Rebecca’s got a terrific voice, she’s a class act in every way. But that’s showbiz for you.

Now here is Rebecca, casting herself in the mottled role of pop’s morality crusader. One wonders why she has chosen this moment to launch her campaign — and also why it seems to be only fellow ex-X Factor no-hit wonders rallying to her flag.

These include Cher Lloyd, who was 17 when she appeared on The X Factor and is now claiming that people ‘sold me a dream just to exploit me’. But who dreamed the dream in the first place? That’s what I want to know. 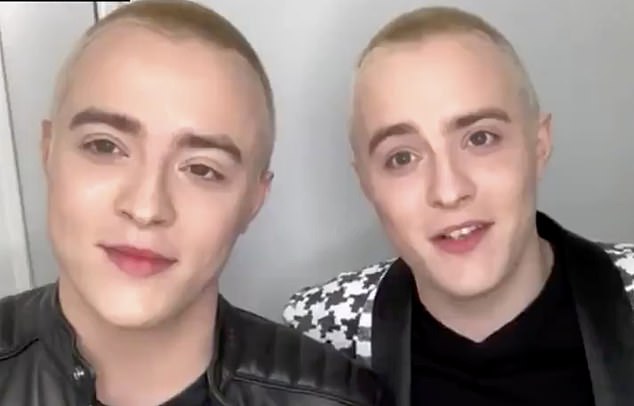 Today, Cher is like a bluebell complaining about pesky, pollen-snaffling bees, without realising the symbiotic nature of their relationship.

Meanwhile, Irish singing twins Jedward — my all-time X Factor favourites — complain of how they were always left ‘exhausted’ after touring.

Hate to tell you this, boys, but so is Bruce Springsteen. And Taylor Swift. And Justin Bieber, who cancelled the last 14 dates on his Purpose World Tour in 2017 because of exhaustion — but only because he had played 153 dates since the tour began in early 2016.

How admirable of the family of Neil Astles, one of the small number of people to have died of blood clots after receiving the AstraZeneca jab, to urge people to keep taking the vaccine in order to save lives.

At a difficult moment of personal bereavement, they somehow found it in themselves to reach out and think of others, to do something for the greater good.

How brave and thoughtful of them, and how grateful we should all be for their efforts.

That’s the thing about being a successful pop or rock star. It looks so cool and easy singing under the spotlights, being adored. But to get there — and more importantly, stay there — takes talent, dedication, grit and stamina.

Big stars train like athletes, mentally and physically, for the rigours that lie ahead. Yet twiglets Jedward seem to be plain furious about the whole X Factor experience, even though it has given them so much in return for so little.

They even — prepare yourselves — claim that the show’s ‘judges’ don’t really mentor the acts because ‘all they cared about was their pay cheque’.

You don’t say! And there were millions of us really believing that Cheryl Cole went round to Reggie ‘n’ Bollie’s house to teach them all about riffs.

Which, she carefully explained, were things that people put on the tops of their houses, back home in Newcastle.

I’m sorry that Rebecca Ferguson and her contemporaries found their brush with stardom such a dispiriting affair. And that so many of them feel they didn’t receive the monies they deserved for their efforts, perhaps with good reason.

And I really hope that if any sexual crimes were committed, they will be reported, investigated and dealt with by the appropriate authorities.

As for the rest? With the best will in the world, you have to wonder what these kids expect.

Some of their grievances may be well founded, but no government can legislate against disappointment or hurt or safeguard against financially rapacious managers.

At some point they have to take responsibility for themselves and their own decisions. 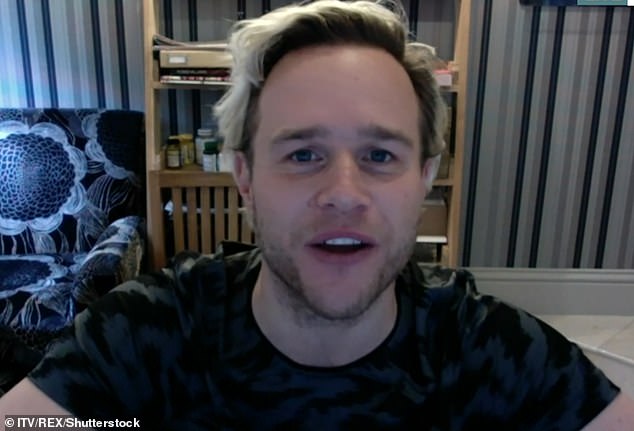 The music industry — and its X-Factor offshoot in particular — is unforgiving territory, with little inclination or time for pastoral care. Pictured: Olly Murs

And understand that no commercial showbiz enterprise is free of risk; the rewards may be huge, but the potential for pain and humiliation is also vast.

It can’t have been easy for them. To be within touching distance of great celebrity, only to have it cruelly dashed away at the last minute?

That must be a bitter experience. Yet to take indulgent refuge in victimhood once stardom has proved elusive? That is no answer either.

The music industry — and its X-Factor offshoot in particular — is unforgiving territory, with little inclination or time for pastoral care.

Once your songs fail to chart, then baby, you are out — as Rebecca Ferguson discovered to her cost.

But this is not unique. Footballers are dropped from first teams, bankers lose their bonuses, designers fail to sell their best party frocks.

That’s life, as Frank Sinatra once sang. And you can’t legislate against that, either.

Just when you thought you had seen the last of television talent shows, BBC One is to launch a new series called I Can See Your Voice.

Judges will be asked whether they can spot a good singer based on their appearance alone. What? Are they kidding? No they are not.

This premise is the exact opposite of The Voice (first shown on BBC One, now on ITV), which asks if experts can spot a hit singer based on their voice alone.

The answer seems to be firmly in the negative, as after ten interminable series, not one single contestant has emerged from The Voice murk to enjoy prolonged success.

The nearest was Stevie McCrorie in 2015, who had a Top 10 single and a hit album — but has now gone back to being a fireman in Fife. Good for him, but how much more can viewers take? It’s a no from me.

Telly gems saved me in lockdown

We are agreed, are we not, that their new game shows such as Gordon Ramsay’s Bank Balance are pretty unbearable — but surely there are a few gems that still lurk on the schedule to entice us old codgers?

Many of these warm the cockles of our sclerotic hearts, while I remain whimperingly grateful to the BBC iPlayer. All four series of American comedy drama Better Things (starring Pamela Adlon) plus the entire eight series of French cop drama Spiral are what got me through this lockdown. Thank you, Auntie!

P.S. A headline in the Washington Post on Wednesday read: ‘Britain’s Gardeners’ World Is The Pandemic Escape We Didn’t Know We Needed.’

Another article in the New York Times described how millions of Americans are finding comfort in Monty Don and his composting adventures.

It joins streaming episodes of The Great British Bake Off as a pandemic must-watch for many Americans.

Good to know we can still soothe and encourage order to prevail in the world.

No wonder! Bradby has made no secret of his slavish support for the Duke and Duchess of Sussex.

Since Meghan first confessed to him that no one ever asked if she was OK and Harry revealed to him that he and William were on separate paths, he has become a totem of all their woes and wails and complaints.

No wonder William can hardly bear to look at him! 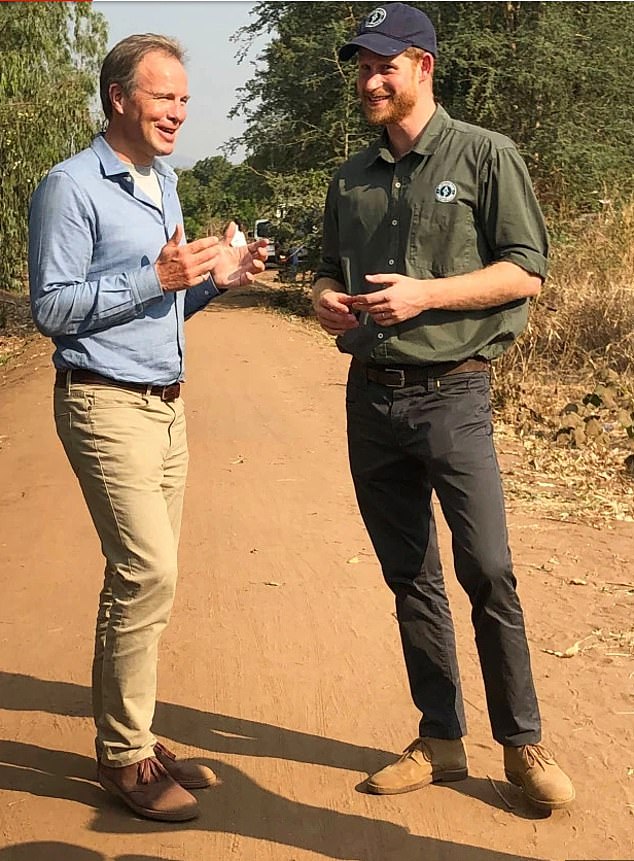 Poor Ursula von der Leyen. One of the most powerful women in Europe, yet she was relegated to the sofa when President Erdogan of Turkey and a male EU chief assumed superiority and plonked their big male bottoms into the two best seats during a meeting in Ankara. ‘Ahem,’ said Ursula, although it fell on two pairs of deaf but comfy and well- upholstered ears.

‘Two sugars, love, and tidy up the kitchen while you are at it,’ said the men in unison. Well, not quite.

Actually, they wanted coffee instead. I’m joking! Got any biscuits, doll? Desist, she is a career diplomat, the actual European Commission President.

Could you nip out and get me a packet of ciggies, hen?

Still, you can’t ever imagine it happening to Margaret Thatcher, can you?

What has the poor geranium done to upset prickly Nicky?

Trumpet fanfare! Stop all the clocks. Pen and pencils at the ready.

Nicky Haslam, that darling interior designer and international arbiter of good taste, has just updated the list of things he finds vulgar.

New entries for 2021 include red geraniums, the word ‘woke’ and swimming with dolphins.

Do you know, in some twisted way, I can see where he is coming from, and it is usually a town called Malice. 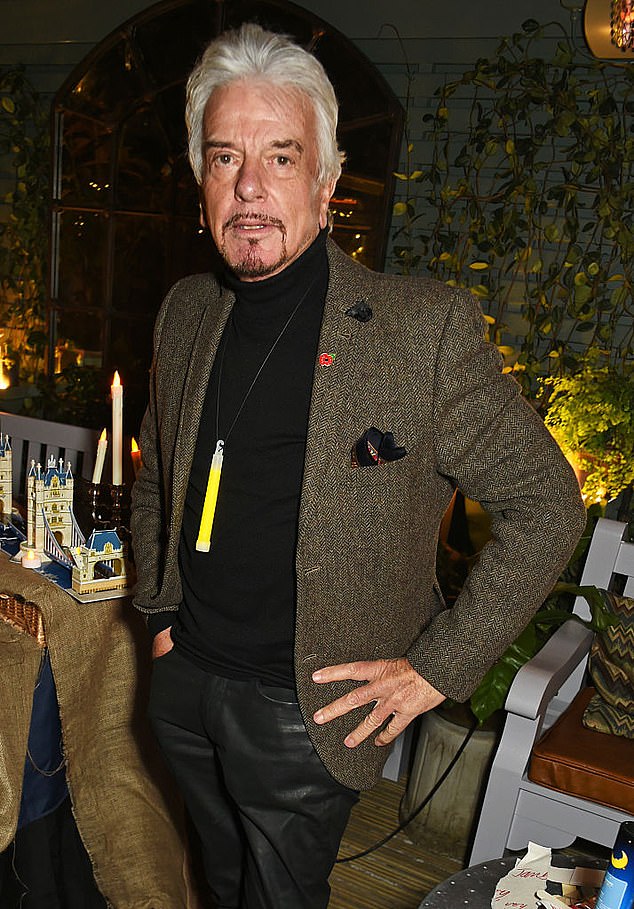 Nicky Haslam, that darling interior designer and international arbiter of good taste, has just updated the list of things he finds vulgar 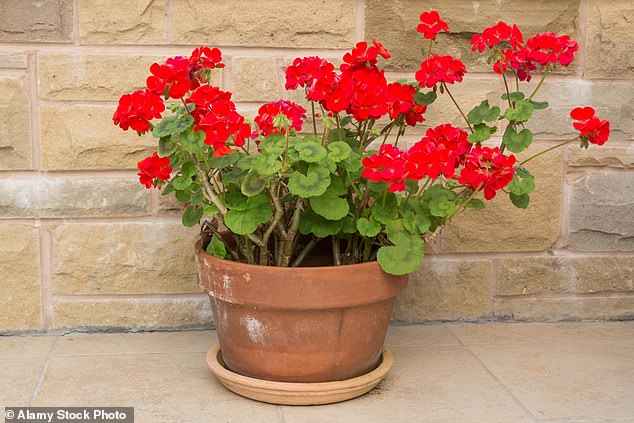 New entries for 2021 include red geraniums, the word ‘woke’ and swimming with dolphins

Particularly swans, which are clearly no better than they should be. What is the deal with that neck?

Speaking of which, I do wish he’d add people saying ‘I’m in my happy place’ to describe a brief moment of innocent pleasure.

That particular vulgarity drives me absolutely bonkers, which is a frightfully common state to be in.

Coronavirus: Cost of testing 'is too much for people to travel'

The Kremlin: Putin decided to receive a Coronavirus vaccination