Today, Wednesday, the Saudi Football Association announced the date of the Saudi Super Cup match between the teams of Al Hilal, the champions of the Prince Mohammed bin Salman Professional Cup 2019-2020, and Al-Faisaly, the champion of the Custodian of the Two Holy Mosques Cup 2020.

The Saudi Federation set Thursday, January 6, 2022, as the date for the Saudi Super Match, which will be held at King Fahd International Stadium in Riyadh. 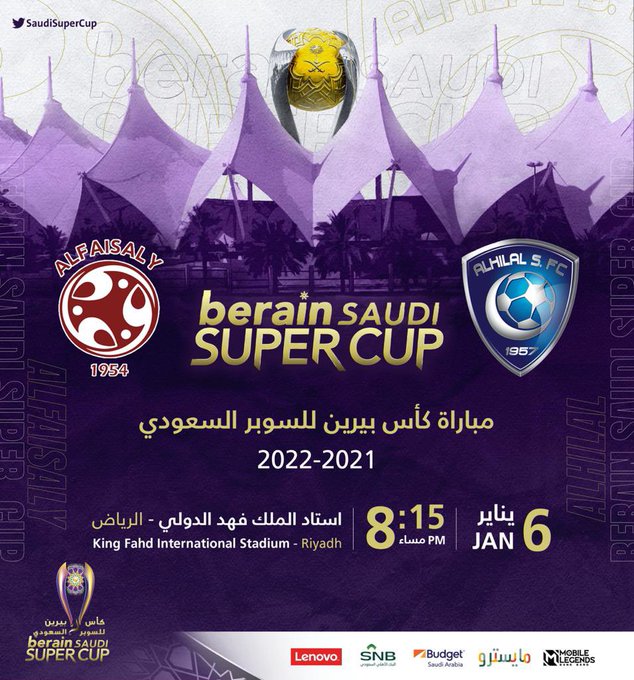 The Competitions Committee of the Saudi Football League settled on January 6, 2022, to establish the Saudi Super, while it set May 28, 2022 as the date for the conclusion of the Mohammed bin Salman Professional Cup.

In the new season’s edition, the Premier League will witness 8 stops with a total of 124 days due to the days of FIFA, the Arab Cup for national teams and the month of Ramadan, in which the teams will play the matches of rounds 25 and 26.

The Competition Committee also determined the roles of the Custodian of the Two Holy Mosques Cup matches, as the round of 16 will take place on December 20 and 21, and the quarter-finals on February 10, 11 and 12, 2022, while the round of four will be played on April 1 and 2, 2022.

British study: Older people over 60 are more likely to get corona after vaccination

British study: Older people over 60 are more likely to get corona after vaccination