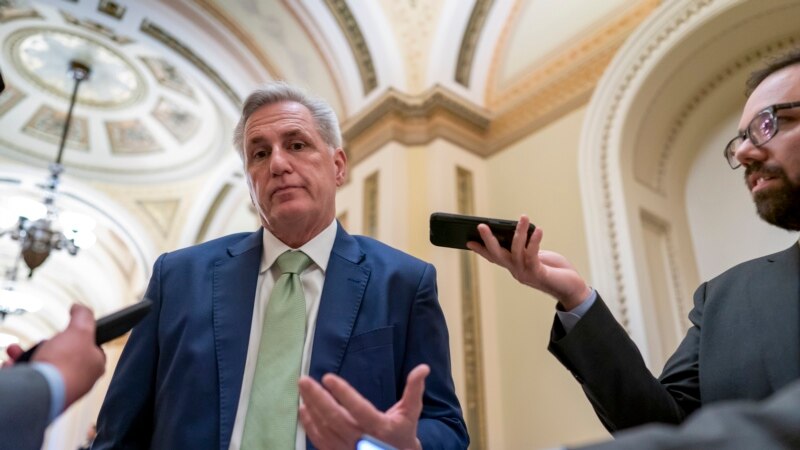 The US Congressional panel investigating events on Capitol Hill on January 6, 2021, subpoenaed House Republican Leader Kevin McCarthy and four other House Republicans to testify, in an unprecedented move that is likely to increase the partisan tensions.

The committee is investigating McCarthy’s conversations with then-President Donald Trump on the day of the attack and previous meetings of the other four lawmakers with the White House as Trump and his aides tried to overturn his 2020 election loss.

The decision to subpoena McCarthy and Representatives Jim Jordan, Scott Perry, Andy Biggs and Mo Brooks is a dramatic show of force by the panel, which has already interviewed nearly 1,000 witnesses and collected more than 100,000 documents related to its investigation.

It’s not risk-free, either, because Republicans are shaping up to recapture the House majority in November and have promised retribution against Democrats if they take control.

After the announcement, McCarthy, who is running for House speaker, told reporters that he had not seen a subpoena and that his opinion of the Jan. 6 committee has not changed since the nine-member panel asked him to voluntarily declared earlier this year.

“They are not doing legitimate research,” McCarthy said. “It seems like they want to go after their political opponents.”

Perry told reporters a similar story, describing the investigation as “pantomime” and calling the subpoena “for headlines only.”

Neither made it clear whether or not they will appear before the panel.

The committee, made up of seven Democrats and two Republicans, previously requested the voluntary cooperation of the five lawmakers, as well as other Republican members, but all refused, debating for months whether they should be subpoenaed.

Congressional subpoenas of sitting members, especially a party leader, have little precedent in decades, and it’s unclear what the consequences will be for those who don’t want to comply.

The House of Representatives has approved holding two other witnesses, former Trump advisers Steve Bannon and Mark Meadows, in contempt, sending both cases to the Justice Department.

In announcing the subpoenas, the Jan. 6 panel said there is historical precedent for the decision, noting that the House Ethics Committee “has issued subpoenas to members of Congress for testimony or documents,” even though these actions are generally done in secret.

“We recognize that this is almost unprecedented,” said Rep. Adam Kinzinger, one of the Republican members of the panel. “But the Jan. 6 attack was also not very unprecedented.”

Kinzinger added that it’s important for the panel to “get every piece of information it can possibly collect.”

An informant in your home .. How does China spy on the world through video games?

An informant in your home .. How does China spy on the world through video games?