More than 40,000 people have signed a petition calling for Japan‘s legal age of consent to be raised from 13 to 16.

They have urged Japan’s Ministry of Justice to raise the age of consent to 16 to bring the country in line with other nations – including the UK.

Your Voice Matters presented their petition to Justice Minister Yoko Kamikawa on Friday. 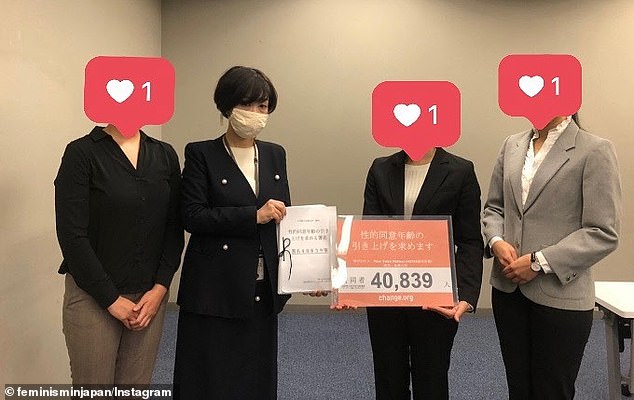 More than 40,000 people have signed a petition calling for Japan’s legal age of consent to be raised from 13 to 16. Campaign group Your Voice Matters (pictured) presented their petition to Justice Minister Yoko Kamikawa on Friday

The group wrote on Twitter: ‘On November 20, our group had successfully submitted our petition and request form to raise the age of consent in Japan.

‘In total we have gathered over 40839 signs and many comments expressing their shock and disappointment with the current age of consent in a Japan.

‘Your signatures and comments will directly be submitted to the review meeting regarding this issue.

‘We are extremely thankful for all of your support towards our campaign. No words can describe how happy I am to know that many of us share the same passion towards protecting our children in Japan.

‘Without all of your help, we wouldn’t have been able to get this far, and although it feels that it is not enough to express my gratitude for all of you on this post, I still wanted to thank all of you.

‘We truly hope our submission is a success and see real change within the Japanese society. Thank you.’

The petition was posted to change.org and has received more than 40,000 signatures. 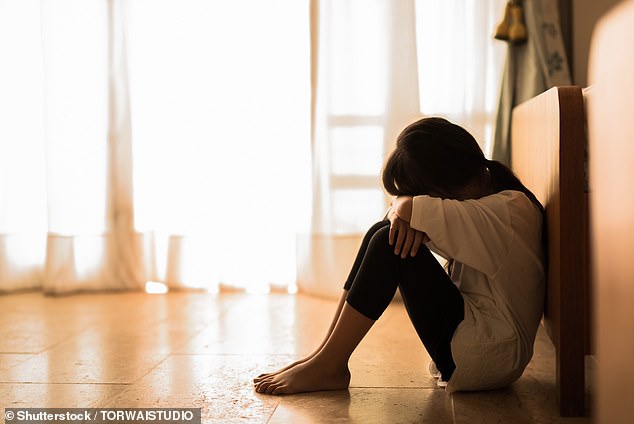 ‘Do you think a 13 year old teenager is capable of knowing the consequences of sexual activities and saying yes or no?’

‘The petition continues: ‘Japan has been getting warnings to raise the age from international society as it is very low compared to other countries, however, the age that was enacted over 100 years ago still remains the same.

‘We demand the Ministry of Justice to raise age of consent. Please help us with the petition to protect teenage adolescence.’