A jealous husband has been charged with attempted murder for shooting a ‘sexually adventurous’ Greek Orthodox priest last month in Lyon.

The Georgian national, 40, identified as Georgi P, was arrested on Friday and charged on Sunday after attacking married priest Nikolaos Kakavelakis, 52, for sleeping with his Russian wife, prosecutors said.

The wife was released without charges at the weekend after the attack outside the church which saw the priest shot twice in the chest with a sawn-off shotgun, according to Lyon prosecutor Nicolas Jacquet.

Father Kakavelakis survived and has now emerged from his coma. 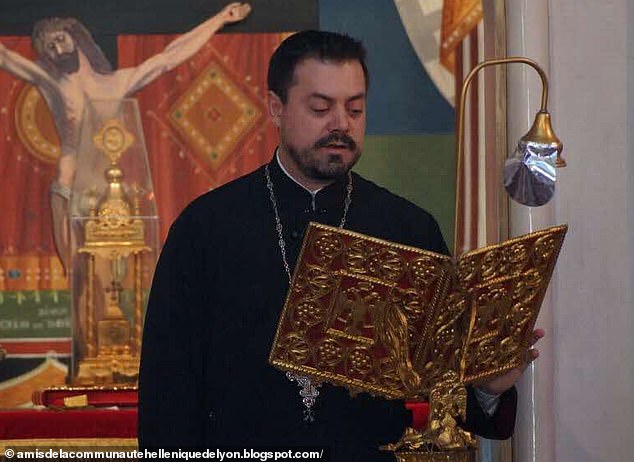 Nikolaos Kakavelakis, who was shot twice outside his Greek Orthodox Church in Lyon, was the victim of an angry husband whose wife he was sleeping with 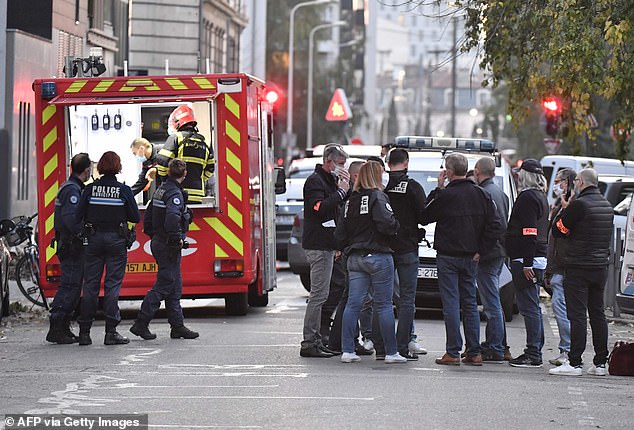 The 52-year-old father of two, was initially feared to be the latest victim of Islamic terrorism in France

The shooting had initially raised fears of a new act of terror in France against a Christian target after coming on the heels of a spate of deadly attacks in the last weeks blamed on radical Islamists.

But the investigation has shown that the motives of the attacker in Lyon were quite different after the priest woke from his coma and mumbled the name of the gunman.

Father Kakavelakis, who is married with two children and has been a priest at the Church of Annunciation for 12 years, is ‘very into sex, and he is very adventurous with the ladies,’ an investigator told Le Parisien. 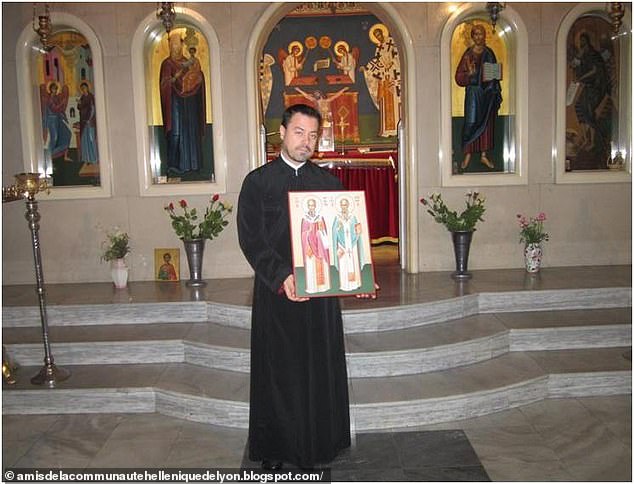 The man admitted the shooting and told police that he had wanted revenge after discovering the priest was sleeping with his wife.

However he claimed that he had only wanted to injure his rival, not kill him, the prosecutor said.

Parts of the weapon have been recovered with the help of the suspect who told police he threw the gun into the River Saône. 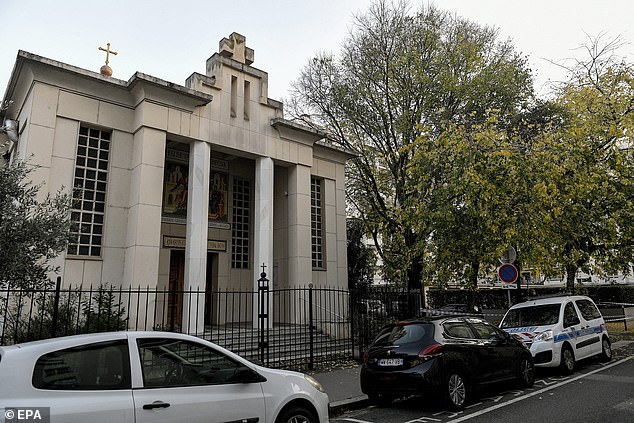 The victim himself led police to the jealousy motive when he identified his attacker after emerging from a coma.

The attack on the priest, which came two days after a deadly stabbing rampage in a church in the southern city of Nice, was at first feared to have possibly been another terror attack.

But investigators quickly determined that they were not dealing with any ideological motive, but a straightforward criminal case.