Jeremy Corbyn‘s son has blasted cops for bragging about raiding homes for small amounts of weed in a scathing attack on police.

The former Labour leader’s youngest of three boys, Tommy, criticised officers for storming a house and then posting about their haul on social media.

The intervention came as the nation reeled after Met custody copper Sgt Matt Ratana was gunned down on a police station. 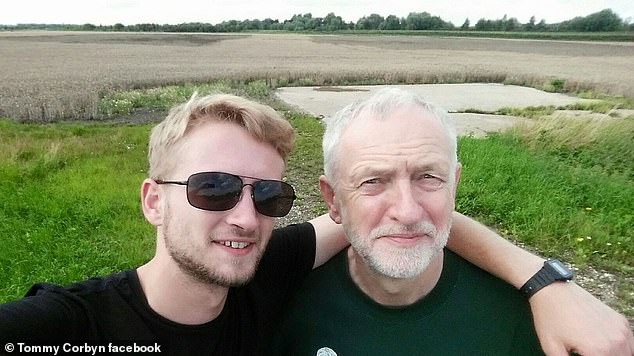 The former Labour leader’s youngest of three boys, Tommy, criticised police officers in Dorset for storming a house and then posting about their ‘tiny’ haul on social media (pictured: With Jeremy Corbyn) 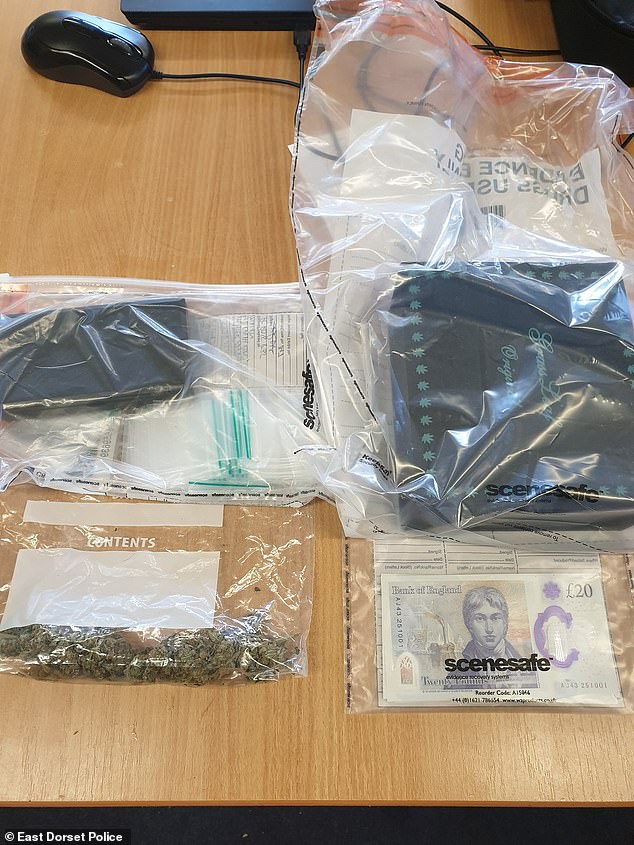 Rounding on East Dorset Police, Mr Corbyn called it an ‘obnoxious trend’ when police forces ‘boast about aggressive house raids’ on social media, saying they just ‘did it for the likes’ 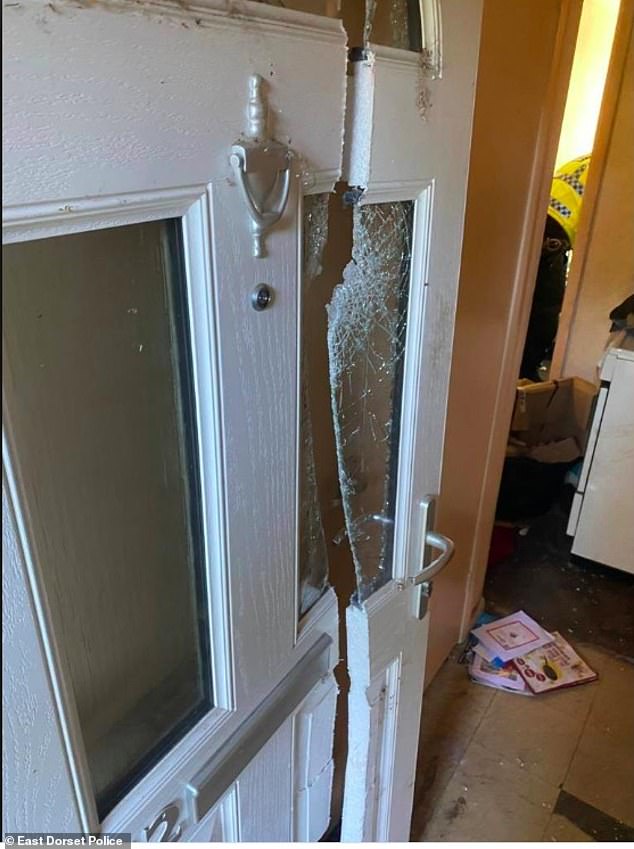 One photo was of a smashed in front door and another of a bag of cannabis and cash recovered.

Tommy said: ‘The obnoxious trend of local police forces boasting about aggressive house raids for TINY amounts of cannabis, just for the likes, really pisses me off.

‘This ‘successful’ seizure looks like less than half an ounce of cannabis and a whopping £40(?!?) in cash.

‘If you can afford it, you can go to a private doctor on Harley Street and pay for an ounce of your very own ‘legal’ cannabis.

‘It has all the same cannabinoids, it has THC, it IS psychoactive and you could grow the exact same strain at home.

‘Yet the people who have access to that expensive, exclusive ‘legal’ cannabis don’t risk their front door being kicked in. 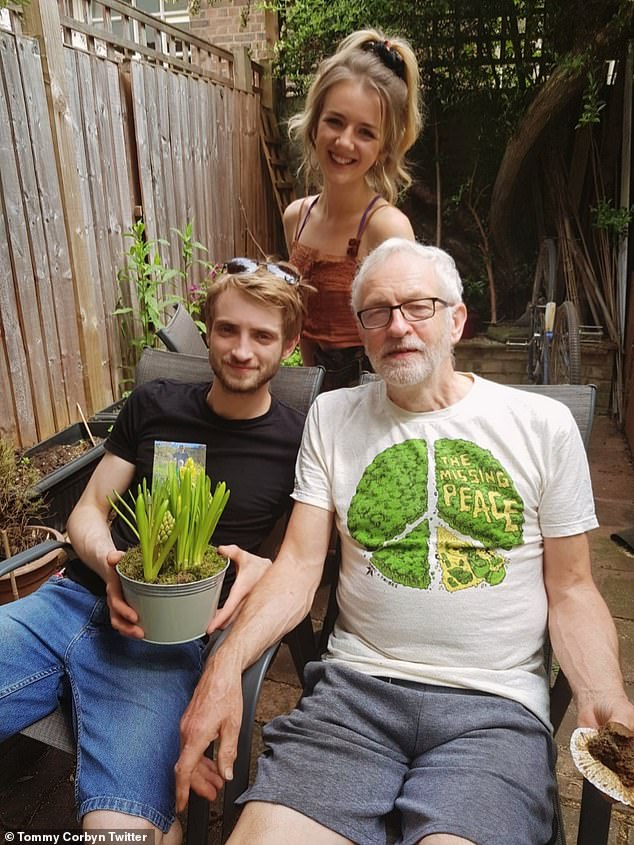 Tommy, pictured here with his father Jeremy and his girlfriend Chloe Kerslake-Smith, was slammed for his comments by other social media users

‘Whoever this was done to, if you need any help finding legal support groups I’m on info@nationalhempservice.co.uk and would be happy to put you in touch.’

The store sells licensed cannibis products, such as CBD oil – a popular homeopathic medicine derived from the cannabis sativa plant but doesn’t get you high.

The shop, which also has a cafe inside, advocates for the legalisation of hemp and cannabis across the UK.

But some people slammed Mr Corbyn for his comment, with Shadwell Jones saying: ‘Scales. Cash and product. This is a drug dealer. Why are you defending him?’

Shaun added: ‘Tommy, they’re upholding the law, however ridiculous that law is, that’s literally their job, and in a world where their ability to do everything is ruled by ‘results’ they’re going to make sure ‘results’ are noticed.

Some shared Mr Corbyn’s vire, like this man who referred to the small amount of drugs the dealer was selling in his comment on social media

‘A male has been arrested on suspicion of being concerned in the supply of drugs and a quantity of cash and cannabis has been seized.

‘We will act on community intelligence and we welcome any information so we can work together to protect our residents.’

WHAT IS CBD OIL AND IS IT LEGAL IN THE UK?

Government advisers made it legal to buy CBD supplements in 2016

CBD oil is a legal cannabinoid that can be sold in the UK.

CBD contains less than 0.2 per cent of the psychoactive substance THC.

Although the oil has been thought to have some medicinal properties, including relieving inflammation, pain and anxiety, there is no conclusive science.

Suppliers in England and Wales have to obtain a licence to sell CBD as a medicine.

Manufacturers are able to avoid the strict regulation by selling it as a food supplement – ignoring the lengthy process of gaining a medicinal licence.

CBD products comes in many forms, the most popular being an oil – which users spray under their tongue – or gel tablets which melt slowly in the mouth.

Government advisers at the MHRA found that CBD has a ‘restoring, correcting or modifying’ effect on humans.

Cannabis oil, which is different to CBD oil because it contains THC – the compound that gives users a ‘high’ – is illegal under UK laws.

Billy Caldwell, from Castlederg, Northern Ireland, made headlines last April when he became the first Briton to be prescribed it on the NHS.

Cannabis oil, which reportedly has no side effects, influences the release and uptake of ‘feel good’ chemicals such as dopamine and serotonin.

Nagorno-Karabakh: Dozens killed as flare-up between Azerbaijan and Armenia intensifies