Goals from Ferran Torres, Ilkay Gundogan and Raheem Sterling secured an impressive 3-0 win for Pep Guardiola‘s side on the road, making it two wins from two in Europe.

But it was a moment midway through the first-half, when City were just a goal to the good, which caught Jenas’ attention as Foden incredibly took down a ball coming from sky-high, before laying it off nonchalantly to his team-mate Oleksandr Zinchenko. 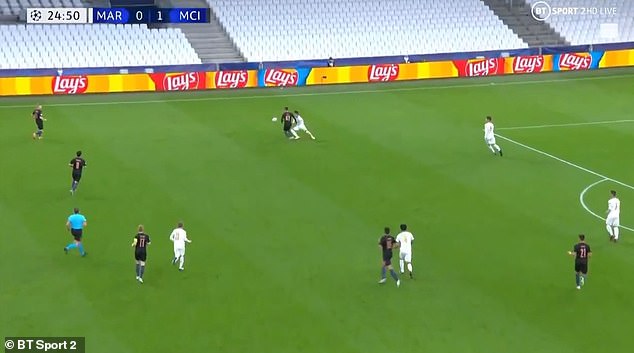 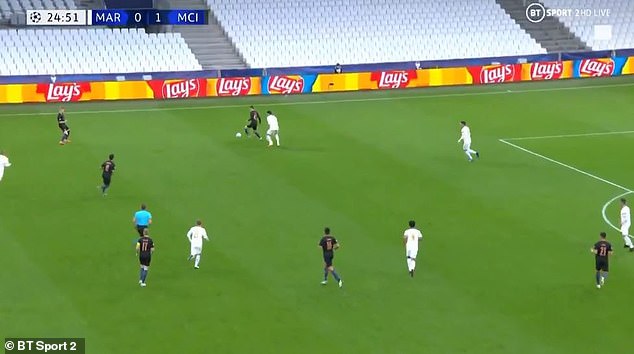 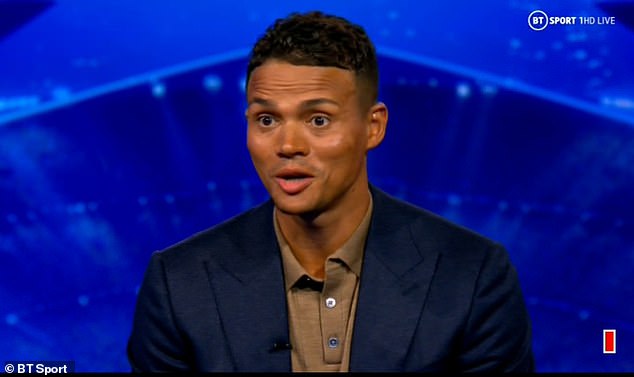 Jermaine Jenas, who was on commentary duty for BT Sport, was left in awe of the 20-year-old

Jenas, on co-commentary for BT Sport, said: ‘I really hope there’s a replay of that touch Phil Foden has just plucked out of the sky at some point!’

Former City midfielder Gareth Barry was full of praise for 20-year-old Foden, who started and played 90 minutes at the Stade Velodrome.

‘He’s growing in stature, he’s getting that belief that he’s gonna be picked,’ Barry said.

‘The more game time he gets he’s gonna go strength to strength, probably playing in an unnatural position out wide today – if he’s performing there today it just shows the ability he’s got.’ 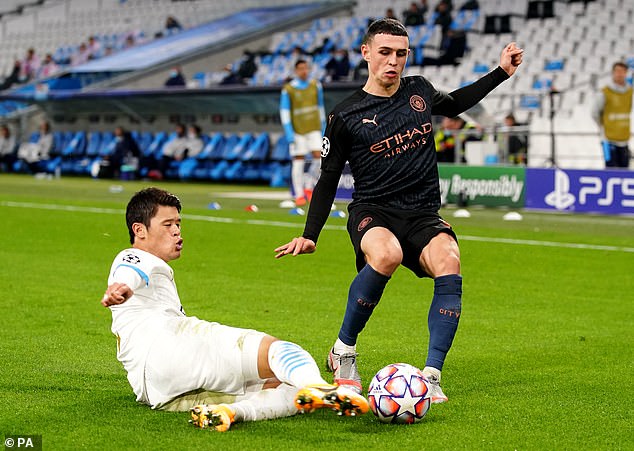 ‘In the number 10 a bit like where Kevin De Bruyne plays, I don’t think there’s a question of his delivery,’ Ferdinand stated.

‘There’s a swagger about him a confidence and other players giving him the ball, thats important for a young player.’

Guardiola hailed they way his City players brushed aside recent criticism to ease to a comfortable win on matchday two of the Champions League.

‘Sometimes we are not good enough and sometimes the players of the opposing team are better than us. That is life,’ Guardiola said. 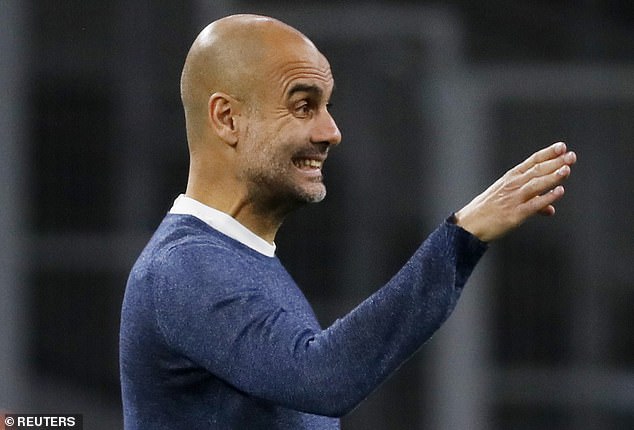 ‘It is important to start the Champions League with two victories. We are close now to being in the last 16 but still we are just in the beginning, improving.

‘But with this mentality, I saw it from the beginning, the way we pressed, the way we tried to play, we were incredibly patient to find the right moment, the right tempo to do it and not concede counter-attacks. That was the key point of the game.’