A jilted husband allegedly took revenge on his ex-wife by blowing up her car as she slept inside it with her new lover.

Shocking CCTV footage shows the heartbroken man walking across a gas station before throwing a homemade petrol bomb onto a car in Nakhon Si Thammarat province, Thailand on the night of March 17.

The man, wearing a red shirt and identified by police as Niwat Chankaew, allegedly tracked his ex-lover’s pickup truck and erupted in rage after seeing she was with another man. 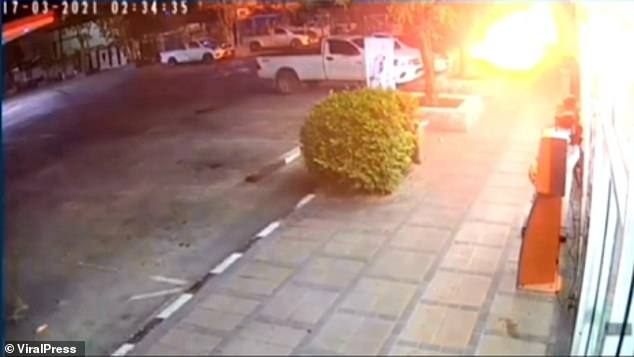 This is the moment Niwat Chankaew is accused of firebombing his former wife’s car while she was asleep inside it at a gas station in Nakhon Si Thammarat, Thailand 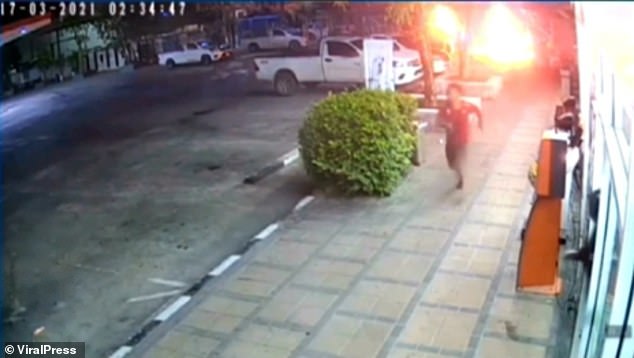 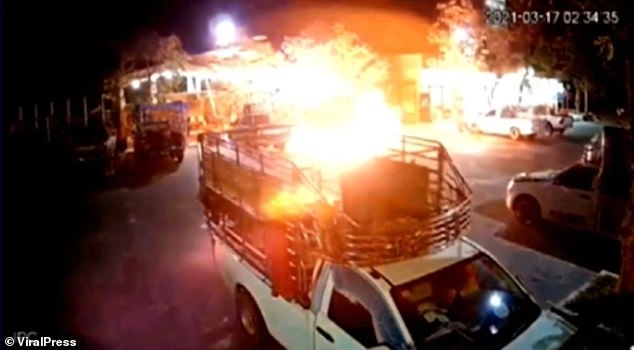 Mr Chankaew is then said to have returned with a Molotov cocktail and hurled it to the truck while his ex and another man were sleeping, with the flames quickly spreading all over the vehicle.

The woman Pattarapond Kongsidee, 26, scrambled to safety with only minor burns. She told police they stopped over at the gas station to rest while travelling to deliver fruit with her new boyfriend Suchart Suksakul, 38, when the incident happened.

She said: ‘He was my ex-husband. We have one child together but I had to leave him after I found out he was dealing drugs.

‘I was shocked. I tried to maintain a good relationship with him and I thought we had an understanding. Now I am confused what made him do it.

‘Recently he did a livestream on his social media where he was threatening to brutally kill me after what happened.

‘I thought we were going to die. He smashed the window which sent glass everywhere and made it even harder to escape and put out the fire.

‘We covered the 170,000 baht repair bill by ourselves. We also lost the watermelons we were supposed to deliver which cost us another 50,000 baht.’ 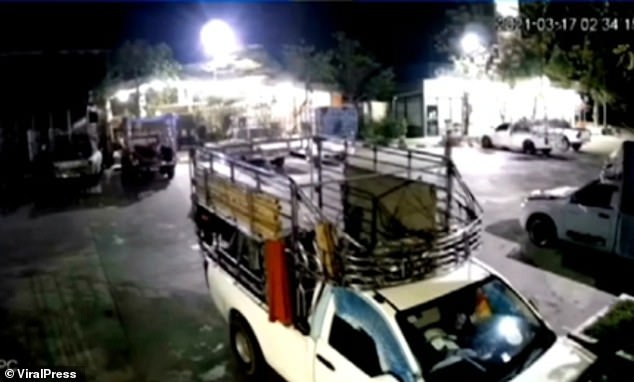 Ms Kongsidee said she and her boyfriend had to pay £8,000 to replace the truck and £1,000 for the watermelons on the back which they had been due to sell 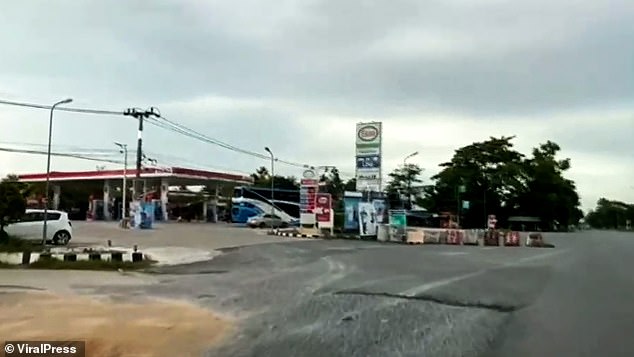 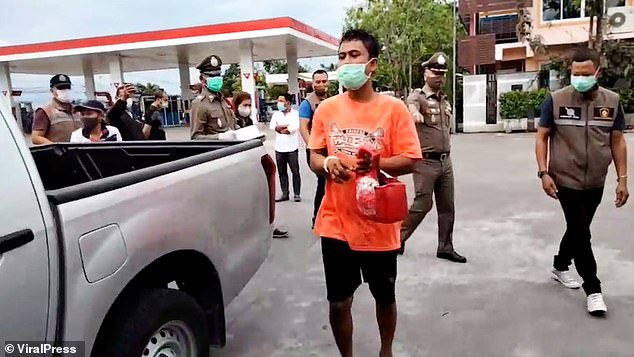 Chankaew, pictured, was ordered by police to carry out a reconstruction of the crime so witnesses might come forward to assist in the investigation

Ms Kongsidee added that they reported the incident to the police, who later arrested Mr Chankaew and took him on a crime reconstruction today.

He reportedly confessed to setting his ex-lover’s car alight because he was heartbroken over the split and that she owed him money.

Mr Chankaew told local media he was not hiding from the police and was waiting for them to arrest him.

He said: ‘My heart was still broken. I told her not to come to Nakhon Si Thammarat until I get better. She took everything from me and now she’s giving it to the other person. 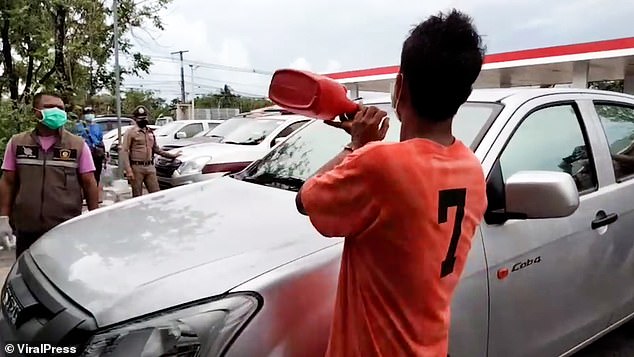 ‘I have not been hiding from the police. They just didn’t arrest me. I’m ready to be imprisoned but she has to pay me what she owes me so we can be fair.’

Police Captain Rakkiat Chotsak said that officers are still working on the case.

He said: ‘We interviewed and interrogated all witnesses and the evidence was already collected. We initially invited the man who was allegedly on the video for questioning but he did not show up. An arrest warrant was issued and we found him and he confessed to starting the fire.

‘We’re not gathering his testimony and interviewing all the witnesses to know the full situation before he can be charged.’