The next financial crisis is eight months away, will be BIGGER than the last and triggered by war with North Korea, JIM RICKARDS predicts

In the week that marks ten years since the start of the financial crisis, we thought it would be interesting to talk to New York Times best-selling author Jim Rickards – an adviser to the US Department of Defence – about whether there’s another one on the horizon.

His reply was stark.

It is inevitable, it will hit us in the next six to eight months, and it will be triggered by a war between the US and North Korea, he says.

In this episode of the Big Money Questions show, Jim tells presenter Rachel Rickard Straus why he thinks there will be a financial crisis and what he believes investors can do now to protect themselves. 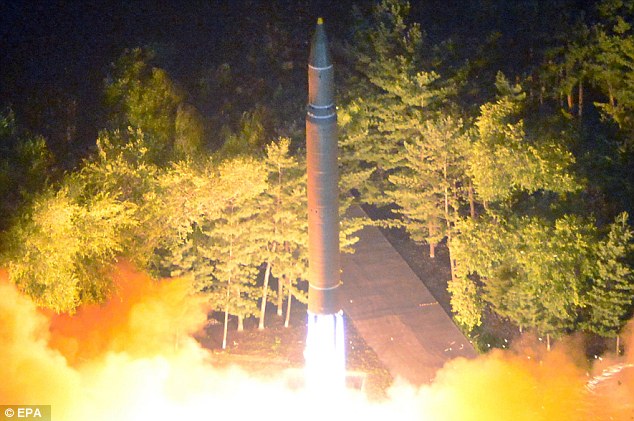 Stepping up: North Korea has been testing missiles, with the state news agency of North Korea KCNA posting this photograph on July 28 this year

He also reveals how comments on Tuesday by US Treasury Secretary Steven Mnuchin convinced him that there will be war.

On the surface, the comments are about China’s approval of UN sanctions on North Korea. But Jim digs beneath the surface to show a monumental subtext is playing out.

Why are markets still rising with the possibility of war on the horizon? Jim shares his theory on this too – watch the video below to hear it.