‘Putin’s bombing of civilians, babies and children is nothing less than a war crime… we need to help these besieged human beings’: Joan Collins backs Mail Force appeal as refugee fund reaches £8.3million

By Sam Greenhill and Eleanor Sharples For The Daily Mail

The 88-year-old screen legend hailed our fundraiser, which has now hit £8.3million.

She said: ‘Putin’s invasion of Ukraine is an atrocity and the shelling and bombing of innocent civilians, babies and children is nothing less than a war crime. The fear, terror and extreme temperatures are causing immense harm. 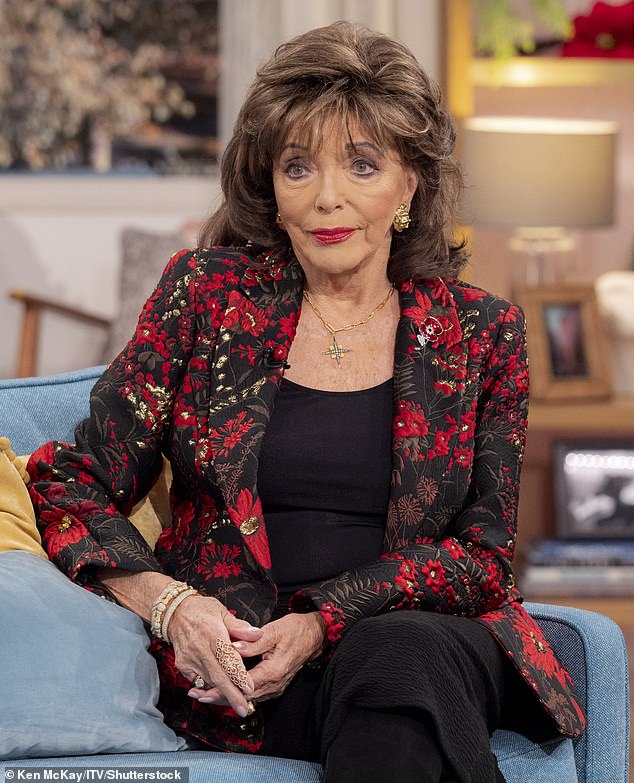 Dame Joan Collins praised the Daily Mail’s Ukraine Refugee Appeal after it hit £8.3 million as she called Putin a ‘war criminal’ over the atrocities committed in his name throughout Ukraine

‘I fully support the Mail’s Ukrainian refugee appeal, which is trying to help these besieged human beings.’

Money from our generous readers is going to major aid organisations in Ukraine and surrounding countries helping refugees fleeing the invasion.

Among them was a diabetic grandmother of ten, who fled with nothing except her beloved cat in a basket.

Crossing the border to safety in Romania, Olga, 57, sobbed as she was met with a blanket, a hot drink and a friendly face courtesy of Care International, one of the charities supported by Daily Mail readers. 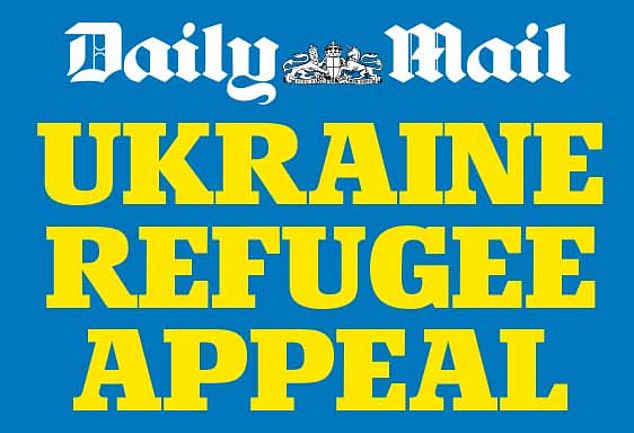 Olga, who struggles to walk after a stroke in 2011, said of her pet: ‘She takes care of me when I’m feeling sick, wherever I feel pain.

‘It is the same when the bomb alarms go off – she knows to come and lie with me in the bed, and we cover ourselves with the blanket and stay there until it is safe.

‘I take the cat on my chest and we cuddle until the alarm is over.’

She added: ‘Here in Romania, the volunteers have been so helpful, they helped me with my luggage and registered me for transport and I can finally sit down. Everything about leaving Ukraine is hard. It is so painful – it is so many years of my life, I am leaving everything behind.’

The Mail Force Ukraine Appeal has so far raised £8.3million.

At the request of Lord and Lady Rothermere, the Mail’s parent company DMGT donated £500,000.

Many donations are from readers who have sent generous cheques, some of whom shudder at the memory of the war against Hitler.

Beryl Pennington, 90, from Wigan, who donated £10, said: ‘I went through the Second World War, sometimes holed up in air raid shelters. My heart goes out to these poor, poor people.’ 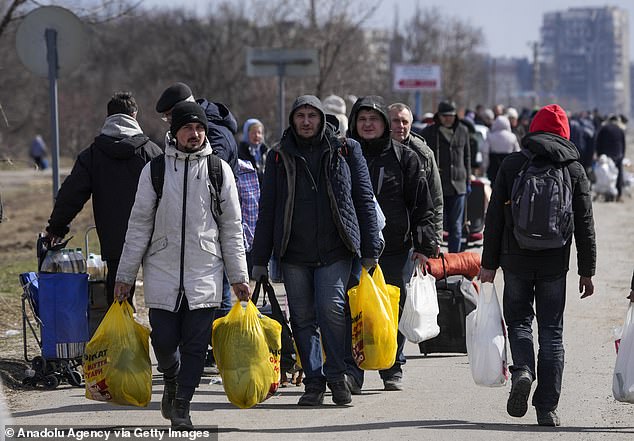 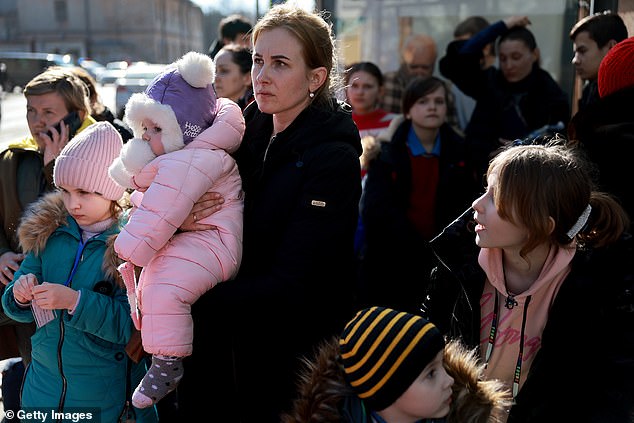 Ukrainians flee their home town of Marganets on the train on March 22, 2022 in Lviv, 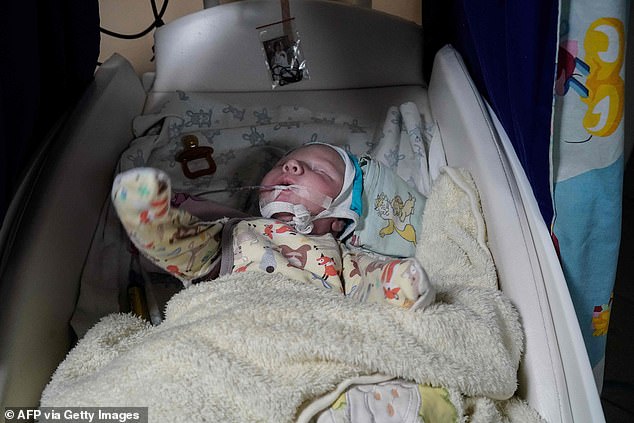 Widow Tracey Shafe, 63, from Alton, Hampshire, donated £10 for each of her eight grandchildren.

She wrote: ‘I was widowed in my thirties and I know how much grief and pain my children have carried for all their lives.

There will be many widows and orphans as a result of this wicked conflict and I just wanted to give something.’

In Ilford, Essex, the Disabled Asian Women’s Network raised £460 through members. Its chairman Harsha Popat wrote: ‘We wish and pray for all these people, especially the women and children who have been caught up in this situation and hope they find peace and comfort in knowing that we are thinking of them.’

Calling upon that human spirit, we are now launching an appeal to raise money for refugees from Ukraine.

For, surely, no one can fail to be moved by the heartbreaking images and stories of families – mostly women, children, the infirm and elderly – fleeing from Russia’s invading armed forces.

As this tally of misery increases over the coming days and months, these innocent victims of a tyrant will require accommodation, schools and medical support.

All donations to the Mail Ukraine Appeal will be distributed to charities and aid organisations providing such essential services.

NBA: LeBron James or when you no longer know what else to write about the monster that dominates the NBA