Jockey Lorna Brooke, 37, dies 10 days after horror fall from a horse trained by her mother at Taunton

By Nathan Salt and Jemma Carr For Mailonline

Tributes have poured in to ‘wonderful’ amateur jockey Lorna Brooke who tragically died aged 37 following a horror fall at Taunton earlier this month.

Brooke was placed into an induced coma after a shock fall in Somerset caused her brain to suffer ‘significant’ swelling.

On Saturday her condition was deemed ‘critical, but stable’ at Southmead Hospital in Bristol.

But Brooke deteriorated over the weekend and, despite doctors’ best efforts, she passed away yesterday, her grieving family revealed.

The amateur jockey, who rode 17 winners in Britain and Ireland, has been described as ‘the loveliest person you’d hope to meet’ who ‘set the standards’ in the jockey world.

Brooke was riding horse Orchestrated – trained by her mother Lady Susan Brooke – when she had a sudden fall at the third fence at the Pontispool Equine Sports Centre Handicap Chase on April 8.

She was said to be ‘awake and alert’ when paramedics reached her before being rushed to hospital in an air ambulance.

There, she underwent observations and tests for a suspected spinal injury. She was placed into a coma following observations. 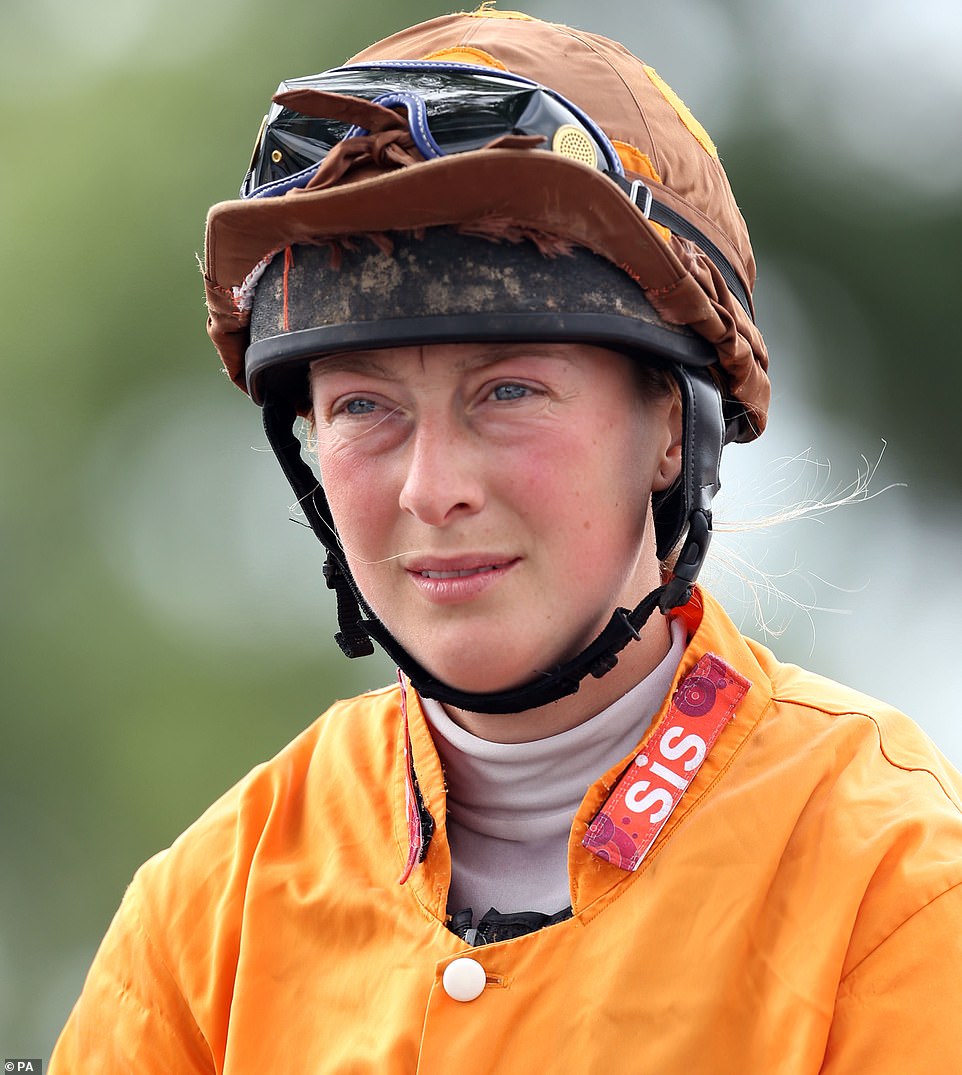 Amateur jockey Lorna Brooke, 37, (pictured) has died following a horror fall at Taunton earlier this month. Brooke was placed into an induced coma after a shock fall in Somerset caused her brain to suffer ‘significant’ swelling earlier this month 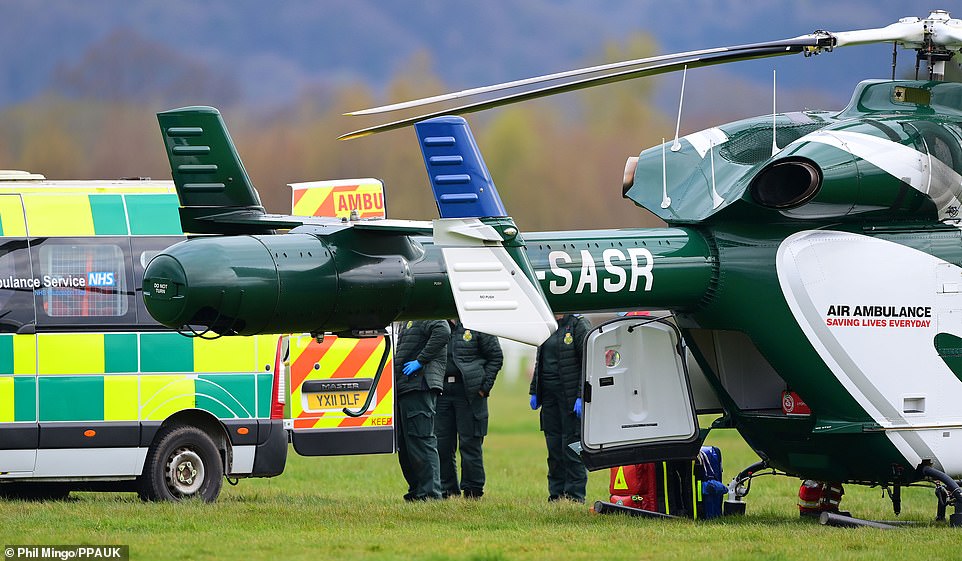 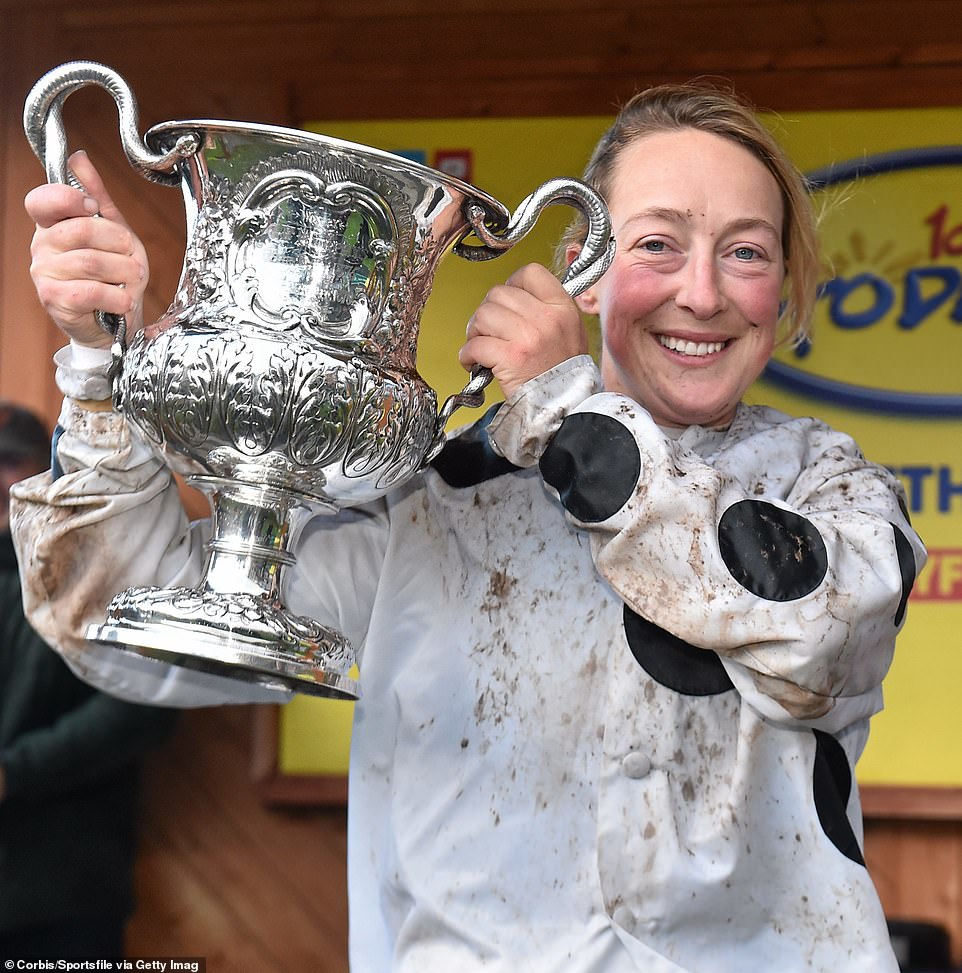 On Saturday her condition was deemed ‘critical, but stable’ at Southmead Hospital in Bristol. But Brooke (pictured) fell sicker over the weekend 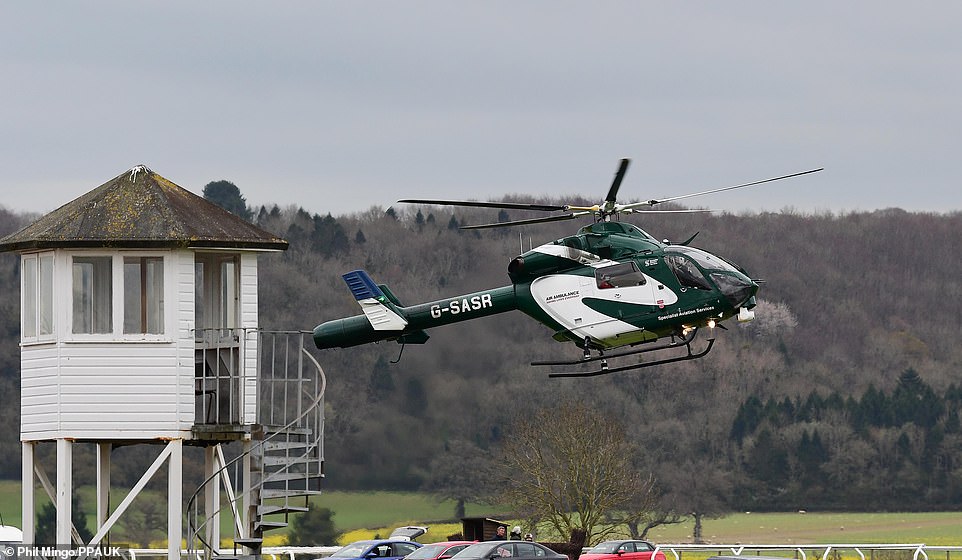 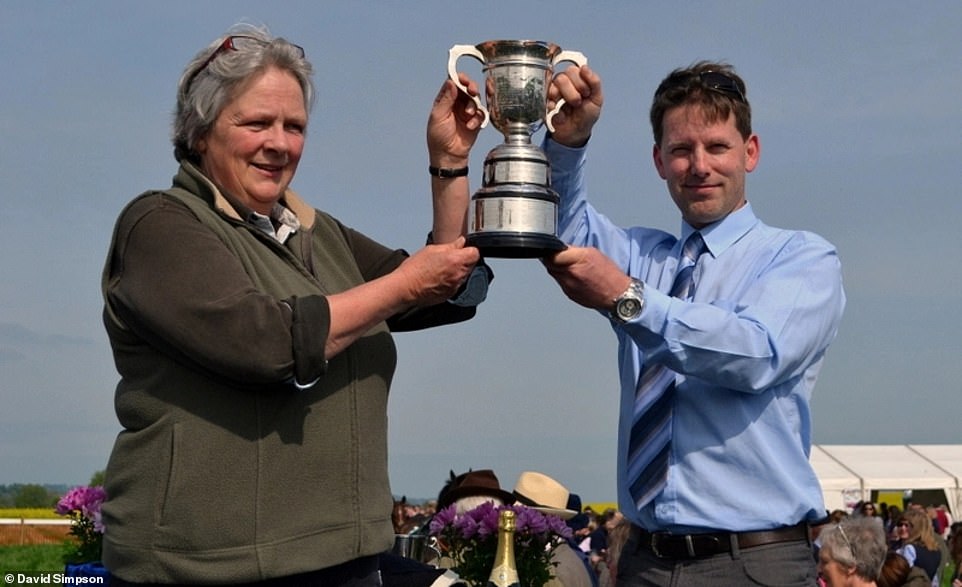 Brooke was riding Orchestrated at Taunton for her mother, Lady Susan Brooke (left). Brooke rode 17 winners in Britain and Ireland. She rode for countless trainers, including her mother who she rode for more than 300 times

WHAT IS BRAIN SWELLING – AND WHAT CAUSES IT?

Brain swelling can be caused by a multitude of different factors, including injuries, infections, tumors and high altitudes.

Traumatic brain injury is caused by damaging the head in some way, such as from a fall or car accident.

The damage can be done by the fast movement of the head – as well as the impact itself.

The initial injury can cause the tissue in the brain to swell up. The body’s reaction to the injury can also accelerate the swelling.

Broken bone fragments can cause blood vessels in the brain to burst.

If the swelling gets too severe, it can stop fluids from leaving the brain.

Announcing her death today, Brooke’s family said in a statement: ‘It is with deep sadness that we have to share the tragic news that Lorna Brooke passed away yesterday.

‘Her family thank everyone for their kindness in the last few weeks, particularly the staff at Southmeads Hospital who were so professional.

‘They will be having a private funeral and will hold a celebration of Lorna’s life once Covid restrictions allow.’

Brooke rode 17 winners in Britain and Ireland. She rode for countless trainers, including her mother who she rode for more than 300 times.

One was Shropshire-based trainer John Groucott – who she rode for – told the Racing Post after her death: ‘She was the most wonderful lady.

‘She was passionate about horses and rode because she loved it. It’s just a tragedy and terribly sad as Lorna was the loveliest person you’d hope to meet.

‘We have a lot of exceptional female jockeys and she was a probably a bit before her time in that regard – she’s one of the ladies who set the standards early doors.’

Others in the world of racing were quick to react to the shocking news.

‘Thoughts go to her family, friends and all who knew her. What a very sad day indeed #RIP’. 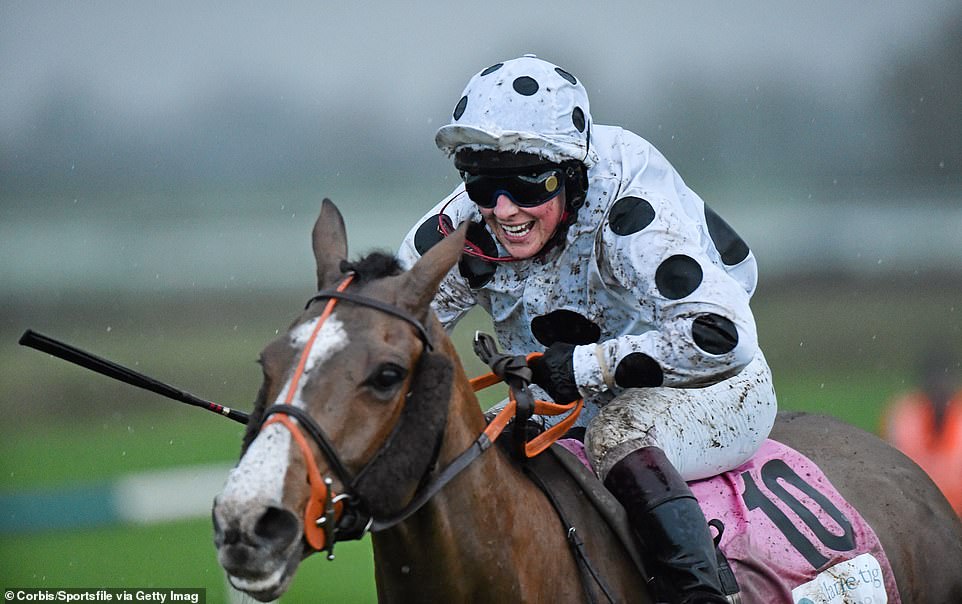 Trainer Michael Dods added: ‘We are all so sad to hear that amateur jockey Lorna Brooke has died following a fall at Taunton. Puts everything into perspective. Our thoughts are with Lorna’s loved ones.’

The Racecourse Association said: ‘The RCA is deeply saddened by the tragic news of Lorna Brooke’s death following a heavy fall at Taunton Racecourse on Thursday 8th April. Our thoughts and condolences are with Lorna’s family and friends during this time.’

Brooke enjoyed great success as a jockey, riding 16 winners during her career, which began in 2001.

Seven of these winners came in the last five seasons – with 183 rides during the five-year period also seeing 10 second place finishes, 21 third places and 19 fourths.

Her winnings amounted to £28,923 during this time.