President Joe Biden on Friday said he was heartened by Russian President Vladimir Putin‘s call for collaborative efforts on removal of carbon dioxide to combat climate change, and looked forward to working with Russia.

Biden spoke Friday morning as part of the second day of the White House’s Leaders Summit on Climate, which featured appearances from Michael Bloomberg and Bill Gates as well. 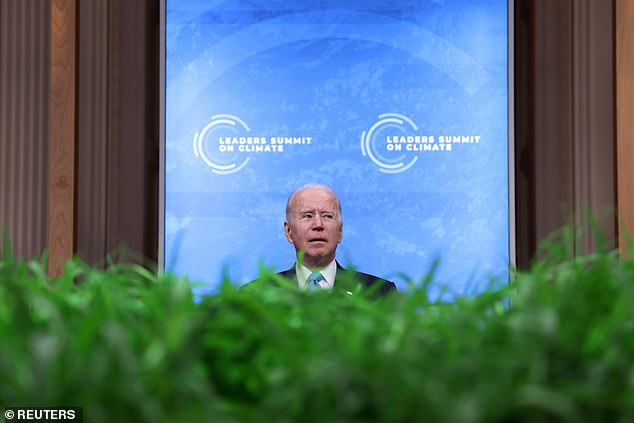 President Joe Biden said Friday he was heartened that Russian President Vladimir Putin vowed to work with world leaders to decrease carbon emissions as he opened day No. 2 of the White House’s Leaders Summit on Climate 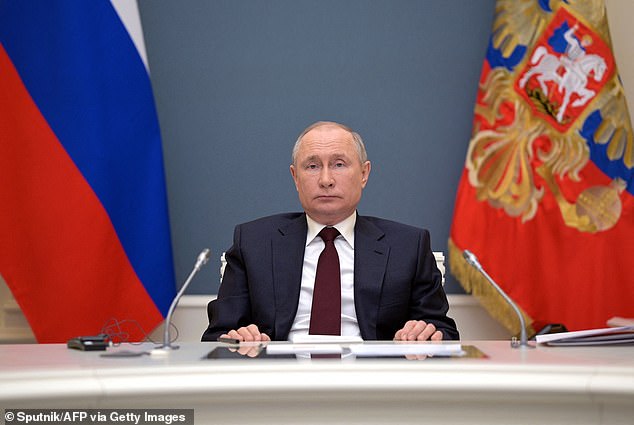 He touted the great progress the leaders had already made, adding more efforts were needed by governments and the private sectors to ensure a smooth transition to a clean energy future.

‘When we invest in climate resilience and infrastructure, we create opportunities for everyone,’ Biden said.

The president used that moment to promote his American Jobs Plan, which is still being negotiated on Capitol Hill.

‘This is a moment for all of us to build better economies for our children, our grandchildren,’ the president continued.

Biden said America ‘is once again stepping into a leadership role’ and pledged to cooperate with other nations in researching and deploying new strategies to decarbonize key industries.

But he said economic transitions shouldn’t leave other workers behind.

He said, ‘We must ensure that workers who thrived in yesterday’s and today’s industries’ also have a bright future. 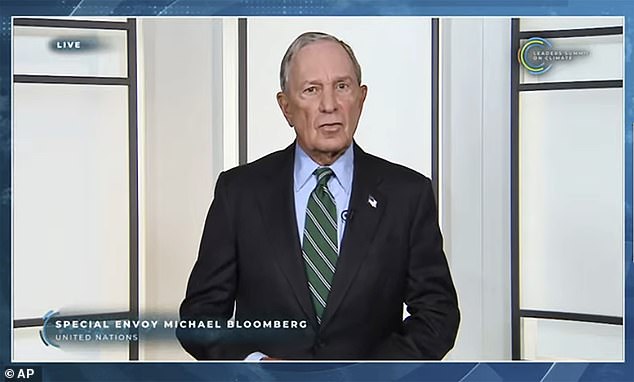 Bloomberg said combatting climate change will depend on improving financial transparency about the risks of global warming.

Bloomberg said Friday that companies need to provide financial disclosures on climate risks, so that investors can direct funding to businesses that are mitigating the threats of climate change.

He said it will take historic investments to beat the challenge of global warning.

Bloomberg said mayors and CEOs tell him they want to do more to tackle climate change but need more help.

The multibillionaire founder of a financial data and news company is a special U.N. envoy on climate change issues. 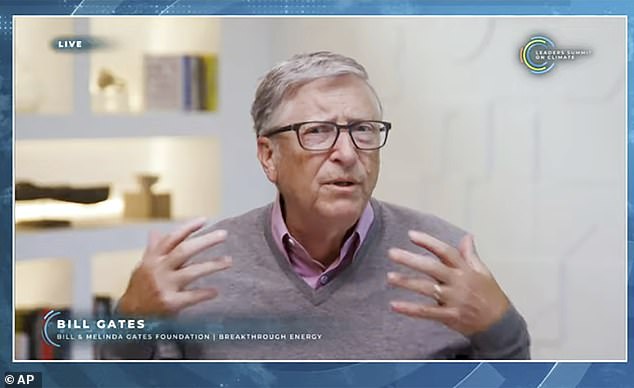 Gates thanked Biden and U.S. climate envoy John Kerry ‘for re-establishing America’s leading role on climate’ – which some considered a dig at former President Donald Trump, who pulled the U.S. out of the Paris climate agreement in the early months of his administration.

‘This is a promising moment,’ Gates said.

He said, ‘Governments around the globe are meeting those demands with ambitious commitments.’

American Express says its revenue came in weaker than expected in Q1.