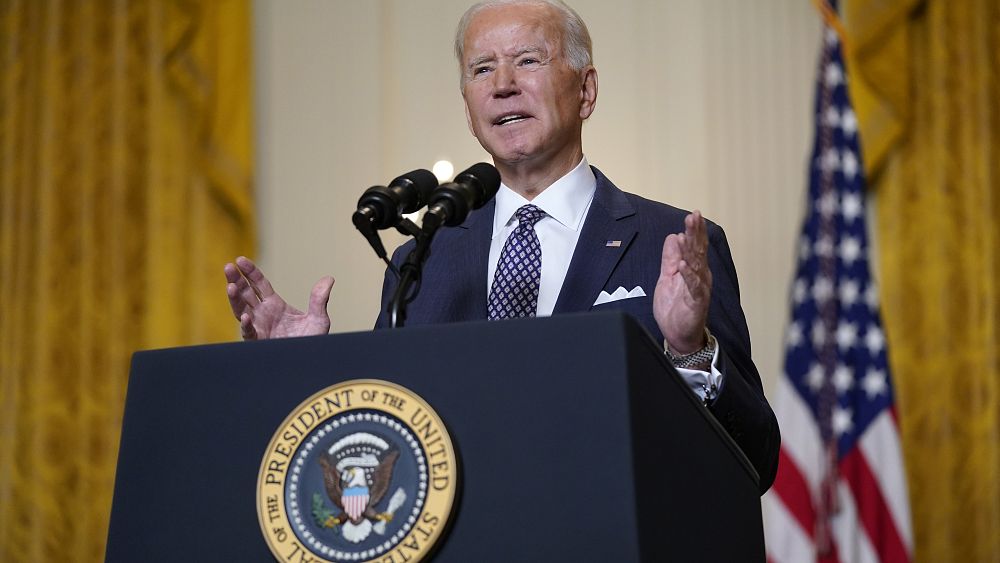 In his first big appearance on the global stage, U.S. President Joe Biden called on fellow world leaders to show together that “democracies can still deliver” as he underscored his administration”s determination to quickly turn the page on Donald Trump’s “America First” approach.

Biden, in a virtual address Friday to the annual Munich Security Conference, said it was a critical time for the world’s democracies to “prove that our model isn’t a relic of our history.”

“We are in the midst of a fundamental debate about the future direction of our world,” Biden said in the address just after taking part in his first meeting as president with fellow Group of Seven world leaders.

That debate is “between those who argue that – given all of the challenges we face, from the fourth industrial revolution to a global pandemic – autocracy is the best way forward and those who understand that democracy is essential to meeting those challenges,” he added.

The U.S. president pledged to repair a U.S.-Europe relationship that had become strained under Trump who repeatedly questioned the value of historic alliances.

Biden announced that he’s halted a Trump administration plan to withdraw American troops from Germany and cap the number of U.S. forces able to be based there.

“I know the past few years have strained and tested our transatlantic relationship, but the United States is determined, determined to reengage with Europe, to consult with you, to earn back our position of trust and leadership,” the U.S. President said.

Biden also spoke out about the economic and national security challenges posed by Russia and China.

Biden said the U.S. and its transatlantic allies in Europe and Asia “must prepare together for long term strategic competition with China,” something he said was among “the most consequential efforts” the nations will undertake.

Biden said competition with China will be “stiff,” but added that that’s what he welcomes. “Because I believe in the global system, Europe and the United States together, with our allies in the Indo-Pacific, worked so hard to build over the last 70 years,” he said.

The U.S. president also said that dealing with “Russian recklessness and hacking into computer networks in the United States and the world has become critical to protecting our collective security.”

He said Russian President Vladimir Putin wants to undermine the transatlantic partnership between the U.S. and Europe and threaten the NATO alliance.

“It’s not about pitting east against West. It’s not about we want to conflict. We want a future where all nations are able to freely determine their own path without a threat of violence or coercion,” Biden said.

Joe Biden said the U.S. stands committed to working with its transatlantic partners on Afghanistan and defeating the Islamic State Group.

The U.S. stands ready to rejoin talks about reentering the 2015 multilateral Iran nuclear deal abandoned by his predecessor, the president said.

The Biden administration announced Thursday its desire to reengage Iran, and it took action at the United Nations aimed at restoring policy to what it was before President Donald Trump withdrew from the deal in 2018.

One of Biden’s first executive orders was to revoke Donald Trump’s decision to abandon the Paris Climate Agreement in 2017.

Gayle King asked FKA Twigs 'Why didn't you leave?' Her question is part of the problem.

People have predicted the death of Test cricket for decades, but has the moment finally arrived?

People have predicted the death of Test cricket for decades, but has the moment finally arrived?