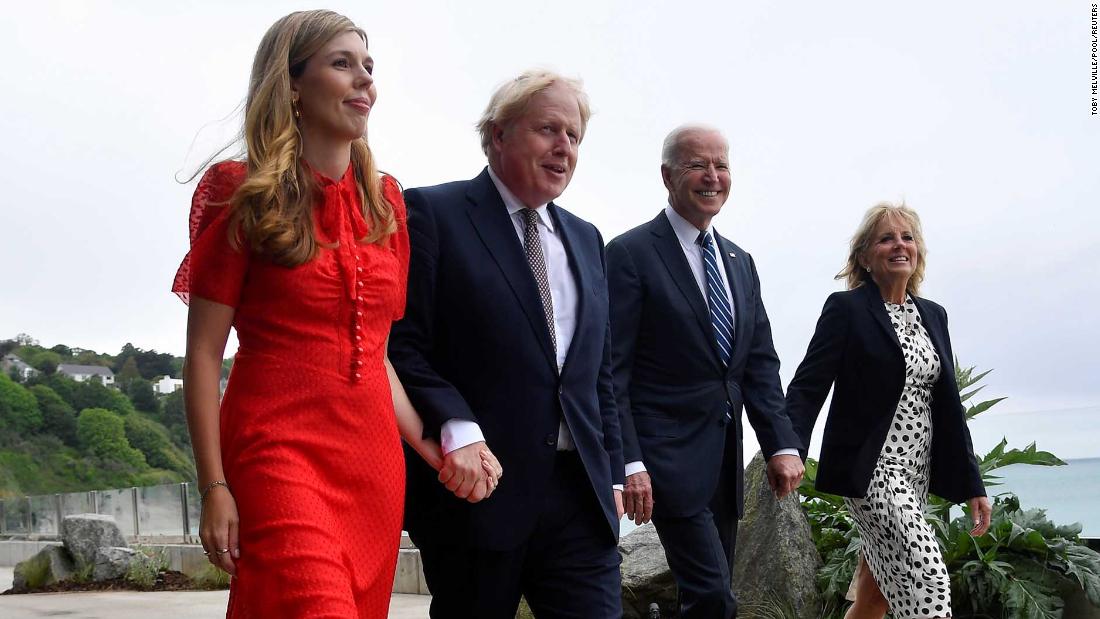 Indeed, for the bulk of Trump’s time in the White House, European officials conceded the election of an anti-European in the US was a wake-up call for them after decades of assuming that America would always have their best interests at heart.

The conclusion many in Brussels reached was that, should someone more friendly follow Trump, the transatlantic alliance needed to be refreshed and strengthened in a way that could not be broken by a possible Trump 2.0 later down the line. However, they also agreed this should be done alongside the EU pursuing its own geopolitical goals to ensure its independence from America, including building its own defense capabilities and trading with countries like China and Russia in a way that is politically unthinkable in the US.

In a speech delivered at NATO headquarters in Brussels, the commander-in-chief of the world’s most advanced army said, “We have to prove to the world and to our own people that democracy can still prevail against the challenges of our time and deliver for the needs of our people.”

European diplomats said there is a new awareness that the US and other countries could again see the rise of populist movements that were seen to stymie international cooperation and in some places, undermine democracy — and that fueled a desire to find agreement and create “irreversible” progress.

“We saw what happened with the US election, we know it can also happen in our democracies too, sadly, it’s something that has in a way happened in the UK with Johnson and the Brexit. It’s something that has happened in France with the Yellow Jackets,” said one European diplomat, referring to populist movements in Europe. “We know that in two years, four years, it can be somewhat completely different. That’s why we’re working together now to go as fast as we can to build some things that are irreversible.”

Despite a flurry of efforts in some US states to roll back democratic participation, European observers said they thought Biden’s appeal to democratic, shared values, and his pledge that the US is “back” was the main purpose of his trip. Pointing to Biden’s five different engagements over the week — meetings in the UK, the G7, meetings with the EU and NATO, then the summit with Russian leader Vladimir Putin — a second European diplomat said the US carefully constructed the week to deliver and emphasize that message. “All of [the events] carefully built on each other to send the same message: the US is back, the US is returning to the fold of democracies, and it’s committed to leading them.”

Pointing to Biden’s five different engagements over the week — meetings in the UK, the G7, meetings with the EU and NATO, then the summit with Russian leader Vladimir Putin — a second European diplomat said, “all of them carefully built on each other to send the same message: the US is back, the US is returning to the fold of democracies, and it’s committed to leading them.”

This sort of pro-West, pro-democracy rhetoric is absolute catnip to European leaders, many of whom like to believe they are the closest ally of the most powerful nation on earth. And the fact Biden is inviting Europeans to rebuild the democratic order along with the US is an enticing prospect.

But only a fool would ignore the fact that, despite the best of intentions, the political stability of both Europe and the US is far from certain beyond the next 18 months.

The reasons for this include domestic electoral politics, such as the midterms in America, as well as French, German and Northern Irish elections, to dramatic differences in political priorities on both sides of the ocean.

For all the friendly words and commitments to work together, there is still a major question mark over how the refreshed alliance interacts with current politics. “The table is set, the cooking has started, but none of us know what this is going to taste like,” says Tyson Barker, a former State Department official under Barack Obama.

The Biden administration “has already accepted that the two sides are going to have different approaches to China,” Barker says, adding that the unknown for now is what the White House does if the EU continues to pursue deeper economic ties with Beijing.

“It’s not implausible, given US sentiment to China, that it will affect how willing American officials are to work with Europeans on key future technologies like artificial intelligence, given American concerns over China’s record on intellectual property theft and security concerns.”

Another issue blighting Europe and likely to get out of hand very soon is the post-Brexit spat over Northern Ireland — which Biden has personally commented on more than once.

In short: as part of the UK’s Brexit deal with the EU, Johnson agreed the Northern Ireland Protocol in order to avoid a hard border on the island of Ireland.

Johnson’s government is currently refusing to fully implement the protocol over fears it will lead to shortages of foods, including chilled meats, in Northern Ireland due to the UK and EU’s new trading relationship.

Biden, who often speaks of his Irish heritage, reportedly told Johnson in a “candid conversation” that the issue must be resolved. The EU — which believes that anything less than the protocol’s full implementation is a violation of international law — has implied Biden is supportive of its stance.

However, as Anand Menon, professor of European politics at King’s College London, points out: “We only know that he wants the issues resolved. There is no indication that he holds the UK primarily responsible; we don’t know if he thinks the EU is being a little bit precious over cold meat.”

If Biden does publicly pick a favorite in the latest Brexit scuffle, the consequences for the losing side could be severe. For the UK, it could imply the most powerful country on earth saw it as an unreliable law breaker; for the EU, it would be a public undermining of the legal infrastructure that holds the bloc together. Either outcome would have an immediate and damaging effect on the renewed alliance and make the progress that all sides want much harder to achieve.

Reviewing the areas where the US and Europe do have differences, a third European diplomat said, “the idea was not to fix all the problems in one week. … it was to lay the foundations and the technical work that needs to be done in order to sit at the table and address the issues in a cooperative approach, not a confrontational approach, that allows things to move forward.”

While no one doubts that the spirit of cooperation and renewal on display between Biden and allies this week was sincere, the time frame for meaningful, lasting change is tight.

“The window of opportunity to show that America is back is small, with the US mid-terms being next November,” says Georgina Wright, an expert in European politics at the Institut Montaigne in Paris.

Steven Blockmans, acting director of the Centre for European Policy Studies, agrees that the words are sincere, but action could be difficult.

“The question of whether the jet-setting recovery tour will amount to more than just a sugar rush for transatlantic relations depends on the West’s ability to translate summit conclusions into concrete initiatives,” he says, adding that “Europeans will need time to gain confidence about the health of US democracy and that America is not just back but also here to stay.”

For the time being, European officials are delighted with what they perceived to be a Biden love-bombing. One senior EU official told CNN that “the US return to a leading force, while we filled the void left by Trump.” Contrary to the idea there were any major differences of opinion on broader foreign policy, Biden had actually moved closer to the EU’s position, the official boasted.

Brussels officials have long dreamed of staking a claim to be a global economic power. With an ally in Biden, rather than an adversary in Trump, they now have the opportunity to step up and take a place at the top table alongside the US.

“The pressure on Brussels is enormous,” says Wright. “If they are sincerely going to be a major geopolitical power that isn’t subservient to America, the 27 member states will need to be more united than ever.”

Ah, disunity — that constant thorn in the side of the EU. Some member states are openly violating EU law while others are going through political transitions that could make solidarity on foreign policy across the bloc impossible.

If Germany elects a Green-led government later this year, the bloc’s biggest economy will become hawkish on trade with China; if the far-right wins in France in 2022, appeasement of Russia becomes more likely in Europe’s main military power.

And if Irish nationalists succeed in forthcoming elections in Northern Ireland, that will drag the Brussels into year seven of its Brexit hell, as the thorniest issue of all — the unique status of Northern Ireland and its precise relationship with the EU and the UK — remains as unstable and potentially dangerous as ever.

While Biden’s Europe trip delighted his hosts, the reality is Trump had set the bar so low after his previous trips, his predecessor was able to get away with wearing sunglasses to meet Britain’s Queen Elizabeth and have a chat with Russian President Vladimir Putin.

Europeans see in Biden a leader who at least shares their basic values and that, following Trump, earns him a huge amount of good will. However, it’s impossible to just forget the past four years.

Despite all the warm words and sincere affection for the US, European leaders know that the relationship forged in the aftermath of World War II is gone and something new needs to take its place. And, bluntly, in the long-term, that will likely mean keeping Washington at an arm’s length on many key issues.