Joe Exotic has set his sights on a new money-making scheme while he sits behind bars at a Texas federal prison: NFTs.

The infamous Netflix personality is launching his ‘Official Tiger King NFT’ auction this week, where he hopes to rake in hundreds of thousands of dollars for items including his pistol, leather jackets, trading cards, audio recordings of himself in jail and adult film star Rachel Starr’s bikini.

The auction items include tangible collectibles as well as 3D renderings encrypted with non-fungible tokens, the latest cryptocurrency craze.

‘I hope whoever purchases my favorite belongings is able to give them a well-deserved home,’ Exotic said in a statement.

‘Being able to auction off collectibles makes me feel connected with the outside world, especially without my cats by my side. Whether you love me or hate me for what you think I’ve done, there’s no doubt that everyone wants a piece of The Tiger King!’ 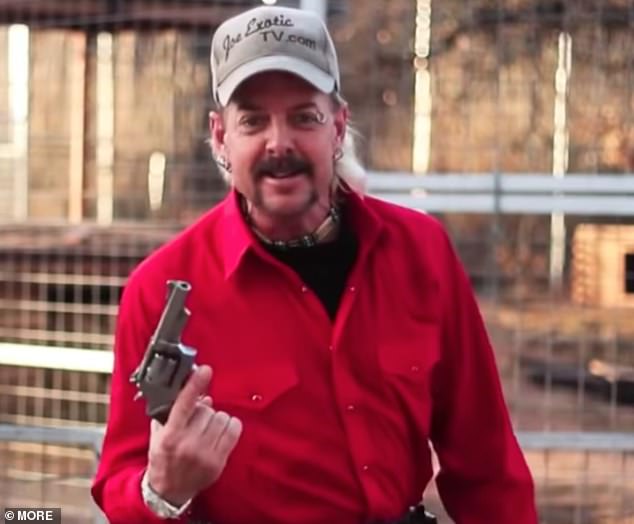 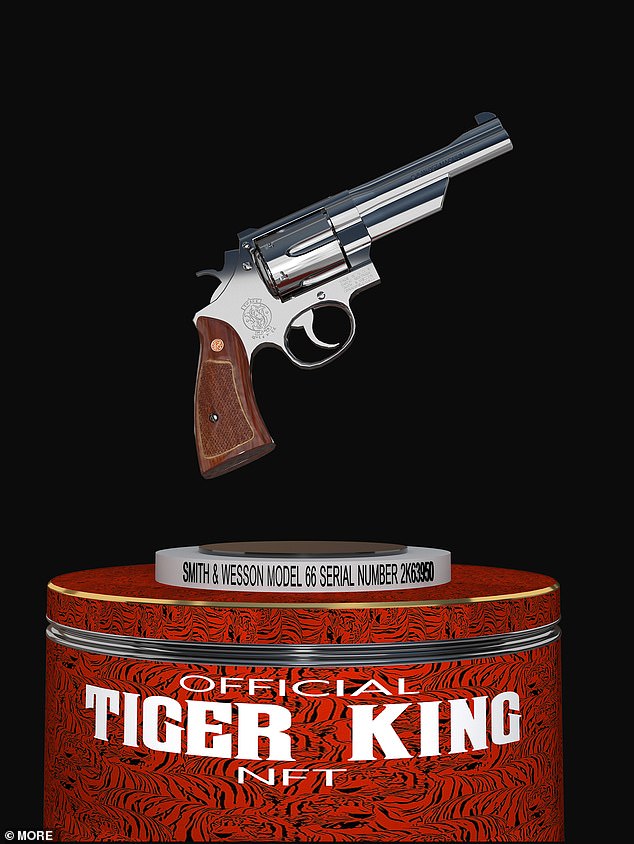 Exotic’s pistol NFT, which comes with the actual gun, has a starting bid of $101,984

The notorious Tiger King star, whose real name is Joseph Maldonado-Passage, teamed up with MORE – a cryptocurrency concierge – to set up the first NFT auction from a prison.

The auction starts June 18 and will be hosted on Mintable, the leading NFT marketplace.

Items hitting the block include: 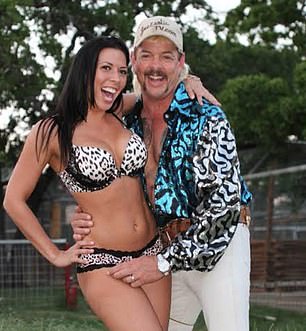 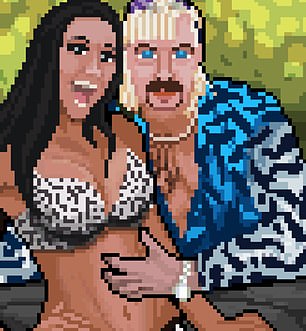 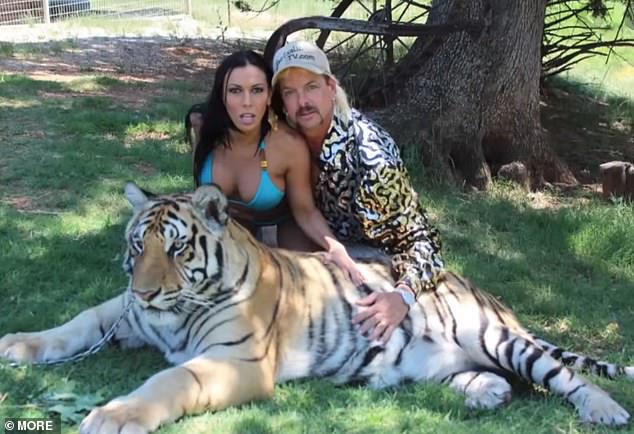 The blue bikini worn by Starr will be part of the auction, which includes the actual piece of clothing and a 3-D model 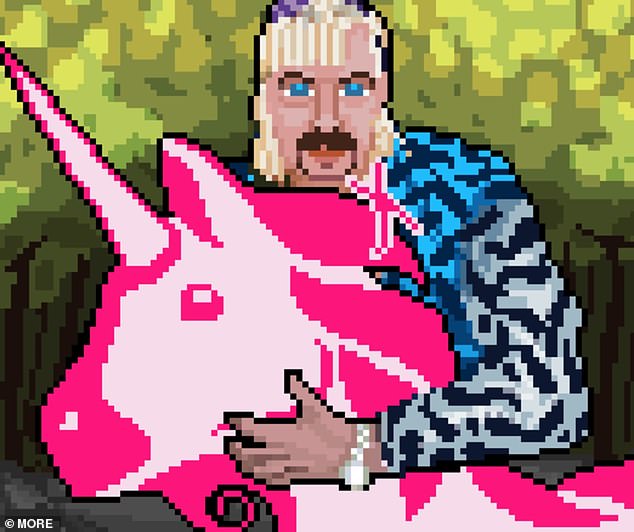 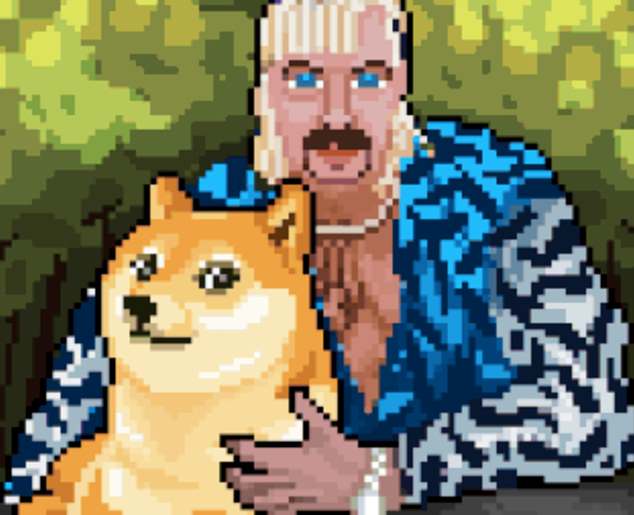 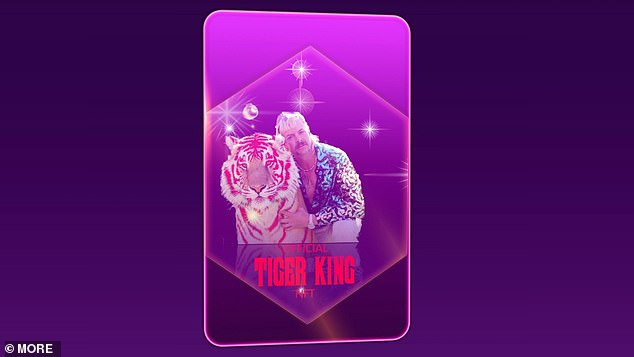 Exotic, a former zoo operator and big cat collector, is serving a 22-year sentence in Texas for numerous wildlife violations and plotting to kill his rival Carole Baskin.

Since his imprisonment, he’s launched his own clothing line called REVENGE, which includes underwear and wacky fashion items like vests and shoes as well as a Joe Exotic Cannabis line.

Netflix’s docuseries ‘Tiger King’ showed Exotic struggle with money toward the end of his time at Greater Wynnewood Exotic Animal Park, which was his biggest source of income. He ultimately had to sell the park to Jeff Lowe in 2016 because he couldn’t afford it.

Lowe was shut down before the park even opened after federal authorities claimed he and his wife, Lauren Lowe, had repeatedly violated laws requiring appropriate care for animals and had not complied with an order to hire a qualified veterinarian.

A jaguar was the last of the Tiger King’s 68 big cats to be removed by federal agents at the end of May.

An NFT, or non-fungible token, is a unique digital token encrypted with an artist’s signature and which verifies its ownership and authenticity and is permanently attached to the piece.

Its popularity exploded in recent years and have become a lucrative source of income for viral stars, including Exotic’s rival Baskin, who dropped her own cryptocurrency and NFTs. 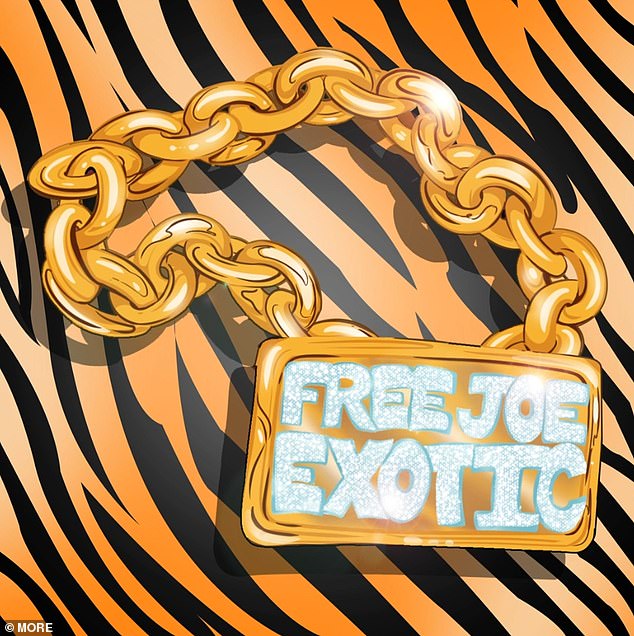 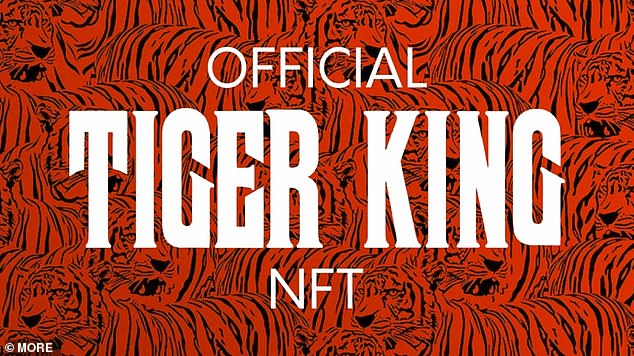 What are NFTs? The latest cryptocurrency to take over the internet