‘It just hit my hand, there wasn’t much I could do about it’: Joe Gomez admits his frustration at handball law and calls for ‘common sense’ after VAR awarded Manchester City a penalty for Liverpool defender’s block on Kevin De Bruyne cross

Joe Gomez has vented his frustration at the handball rule after a penalty was awarded against him during Liverpool‘s 1-1 draw with Manchester City.

Gomez was penalised for unintentionally handling Kevin De Bruyne’s cross in the first half of the game after referee Craig Pawson confirmed VAR’s decision via the pitchside monitor.

De Bruyne may have failed to convert from the penalty spot, but Gomez has called for ‘common sense’ to be used in the future as the new handball rule continues to cause debate in the opening months of the season. 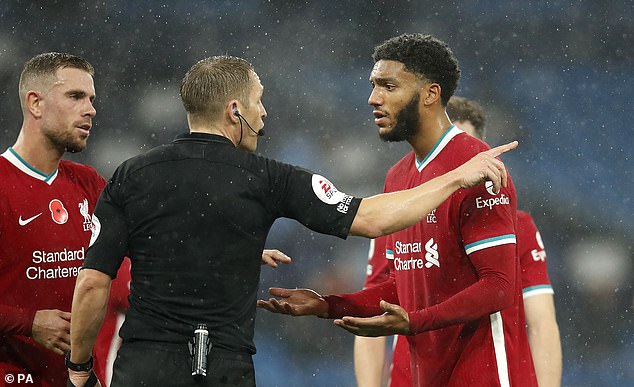 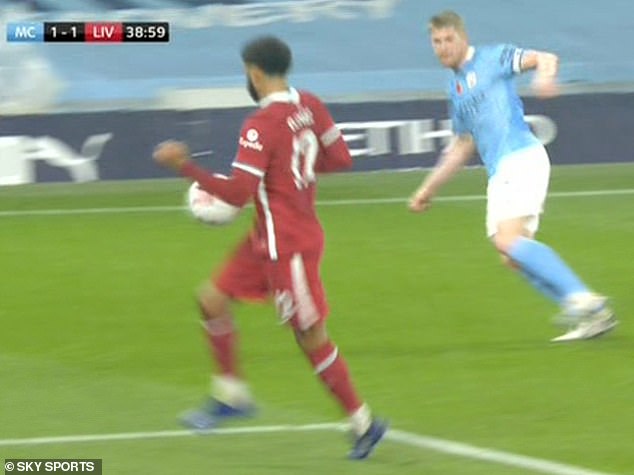 When asked about the penalty decision after the game, Gomez said: ‘On a personal note it’s frustrating.

‘Everyone knows the power De Bruyne can hit the ball with. In that moment I’m just running towards the goal. I haven’t made an attempt to handle the ball.

‘I’ve got to accept the decision. For me it was a natural running position. It just hit my hand. There wasn’t much I could do about it. 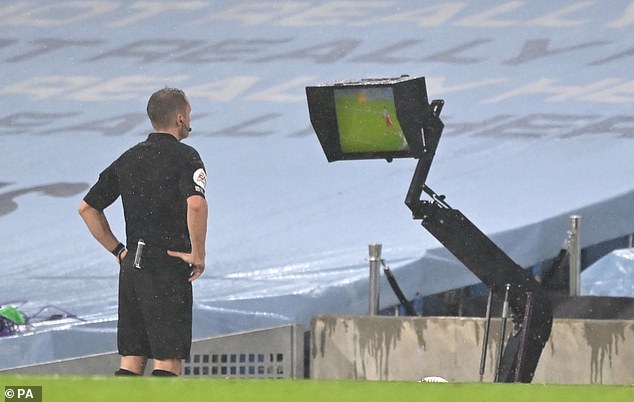 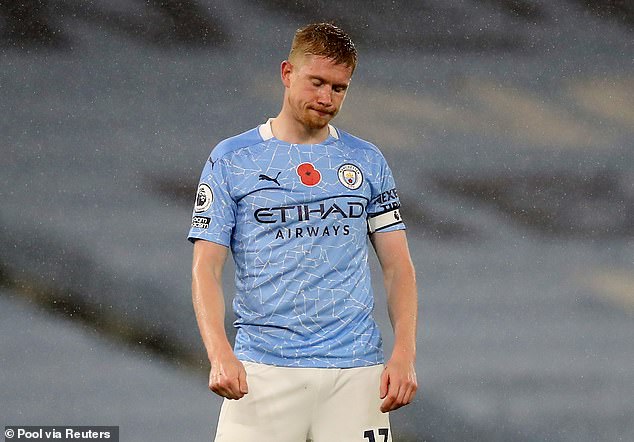 However, De Bruyne (above) missed from the penalty spot to see the game end in a 1-1 draw

‘Putting your hands behind your back is not a natural way to defend. It’s frustrating when the referee goes and looks over at the incident in slow motion.

‘At some point you have to look at the game in real time. Judge a scenario for what it is.

‘When a team has a counter-attack if a player has the ball you’re not going to run with your hands behind your back. You have to look at the scenario with some common sense.’

Jamie Carragher and Roy Keane were both in agreement with Gomez on their assessments of the penalty. 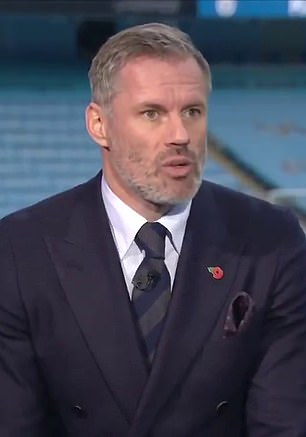 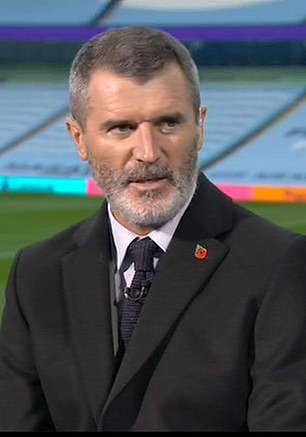 ‘There’s definitely a big problem in terms of VAR in general. The referees going to monitors has made no difference.

While Keane added: ‘I think Gomez made the point there. Common sense doesn’t exist anymore in football.

‘You would not the speed of the ball that is going towards defenders. Common sense has gone out of the window.’