‘I’d rather lose playing like us than win playing like them’: Joey Barton slams Accrington’s negative playing style after his Fleetwood side’s League One defeat – before Stanley owner Andy Holt hits back and insists ‘I prefer to win, so we’re all happy’

A furious Joey Barton has slammed the negative playing style of Accrington after his side’s narrow 1-0 League One defeat – only for Stanley owner Andy Holt to hit back in style on Twitter.

Barton’s Fleetwood have endured a difficult start to the season and are currently moored in 15th, leading to their angry boss slamming Tuesday night’s opponents in his post-match interview.

Speaking to BBC Lancashire, he said: ‘It was a game where you’re in control for most of the game. We knew Nottingham has got a long throw and they load the box, which is a little bit against what John [Coleman] has done here in the past, they’ve always been a good footballing side. 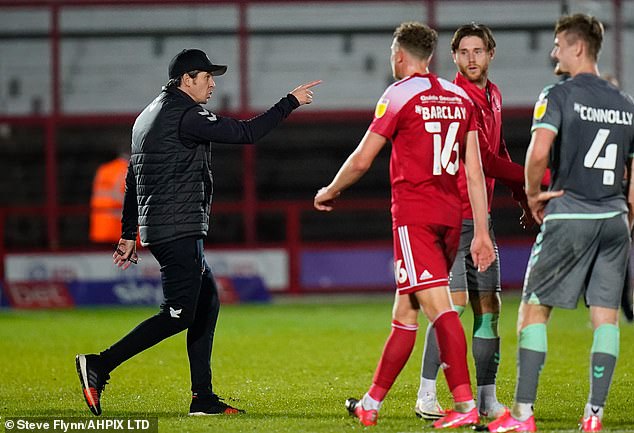 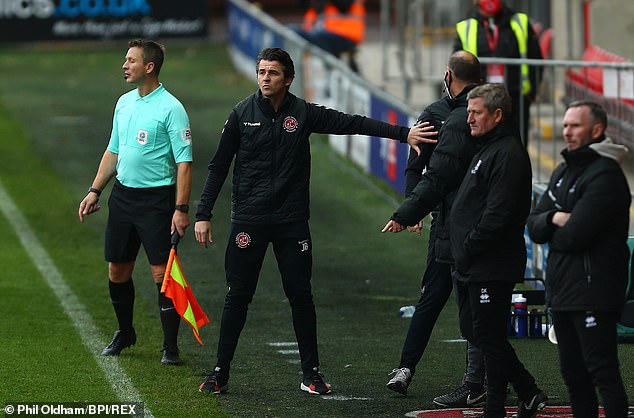 ‘They’ve decided to go a different way, and that pays dividends for them tonight. I’d rather lose playing like us than win playing like them.’

Barton’s angry reaction to the game was posted on social media, and Accrington owner Holt was quick to respond, noting: ‘I prefer to win, so we’re all happy.’

The only goal of the game was scored by Dion Charles 17 minutes from time, but Barton was also unhappy that a foul wasn’t given in the build-up.

‘We should never have lost the game… mainly because it’s a foul,’ he added. ‘It’s frustrating when you see the officials laughing and joking with John before the game, and then after the game there’s three minutes of stoppage time which is pretty much [eaten] up by the time-wasting that went on. 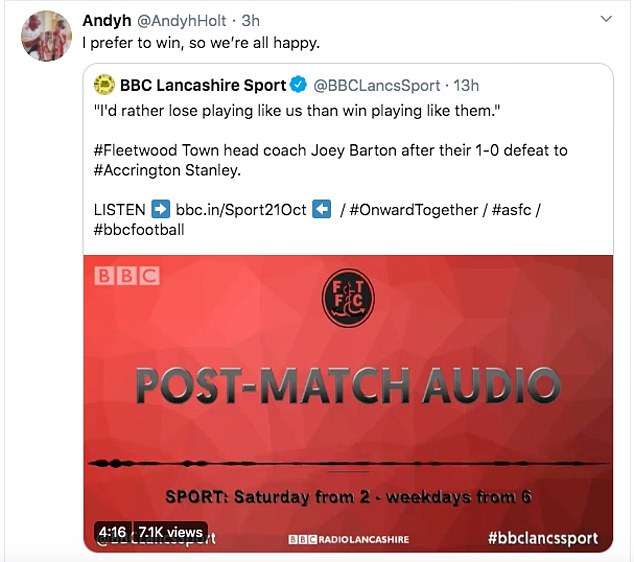 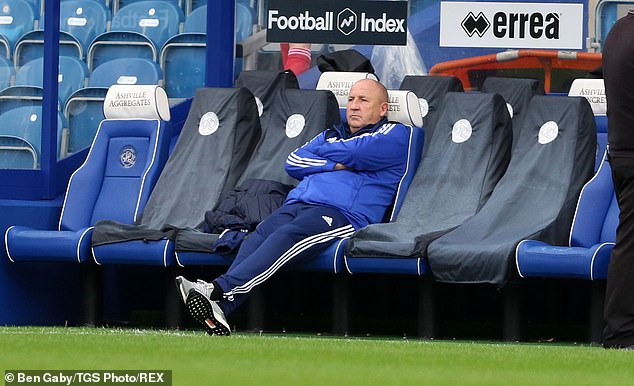 ‘And then he blows, and then the laughing and joking after the game, it just leaves a sour taste in your mouth.

‘When you look at Callum Connolly being pulled down by Dion Charles before he heads the ball in. I’m all for giving the officials a little bit of lee-way, but from the replays I’ve seen the referee is standing looking straight at it… he cannot miss that, it’s cost us the game today.

‘The officials have just got to get the calls right, especially in the build-up to goals. It’s easy as the manager who’s suffered defeat to come on and say… but it’s a foul, it’s as straightforward as that.

‘What can you do? It seems they were a bit pally, they were laughing and joking at the end. I’m like, “your decision, your error, has cost us a point.”‘ 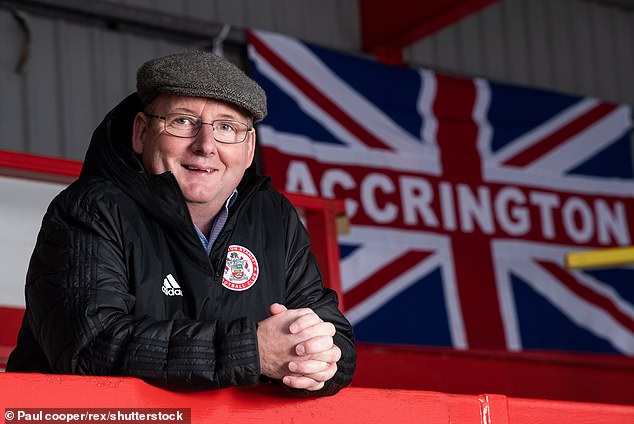 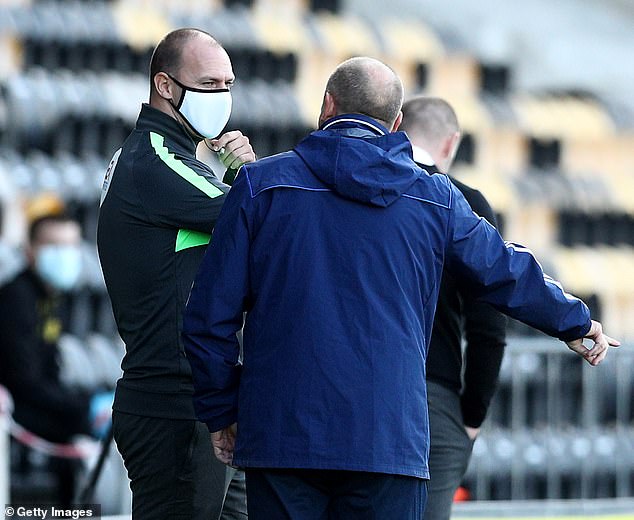 Student, 20, is found dead in his halls at Coventry University