Billionaire businessman John Caudwell and Modesta Vzesniauskaite have announced they are expecting their first child together.

The Phones 4u co-founder, 68, and his former Olympian partner, 37, who is 31 years his junior, confirmed they will be welcoming a baby boy in the spring. 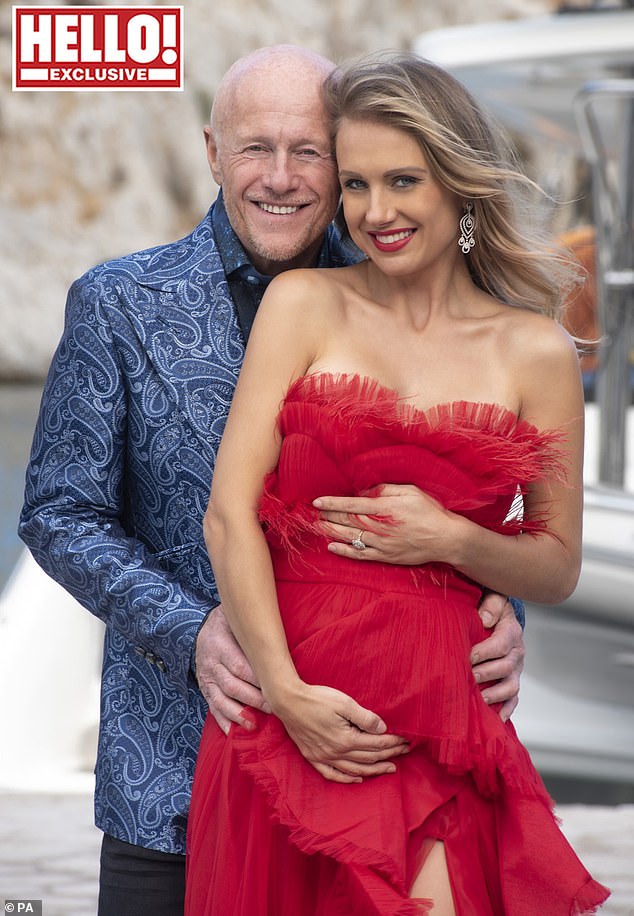 Baby on the way! Businessman John Caudwell and Modesta Vzesniauskaite have announced they are expecting their first child together

He said: ‘Most men think the majority of their parenting is done by time they’re 50, but with a new baby on the way, I’ve still got a long way to go, so I’d better stay fit and healthy.

‘I’ll help with the nappies and the feeds, just as I did with my other children.

‘I’m looking forward to the screaming and the terrible twos, and all those magical moments.’

According to Sunday Time’s Rich List published in 2019, John is worth an estimated £1.576billion. 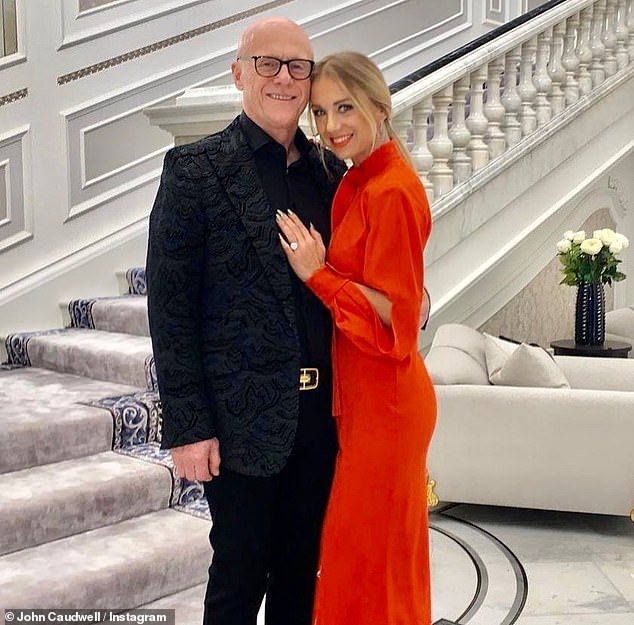 Expecting: The Phones 4u co-founder and his former Olympian partner, 37, who is 31 years his junior, confirmed they will be welcoming a baby boy in the spring

The business magnate also has ventures in the fashion and real estate industry, and is the chairman for children’s charity, Caudwell children.

Despite living a life of luxury, John doesn’t want his son to be spoiled and intends on raising him with good moral values.

He continued: ‘I want him to have a social conscience and a responsibility to make the world a better place.

‘I have never spoilt my children with material things. I shower them with love and affection instead.’

John met his Lithuanian partner at a cycling event and they have been together for five years. 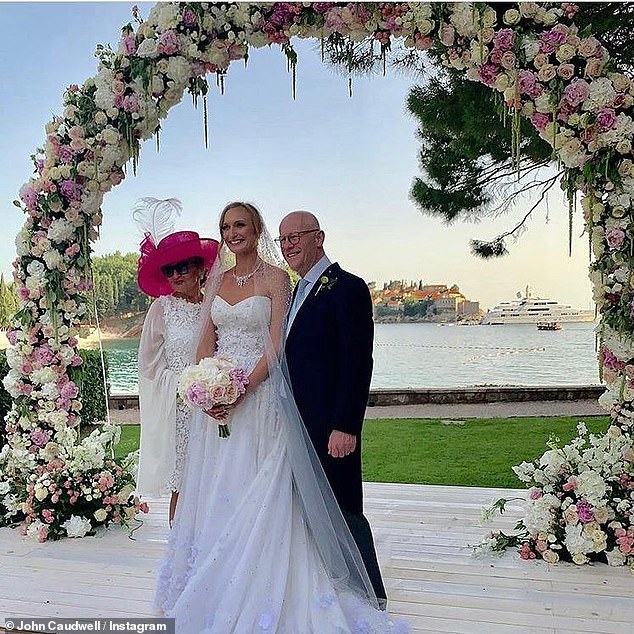 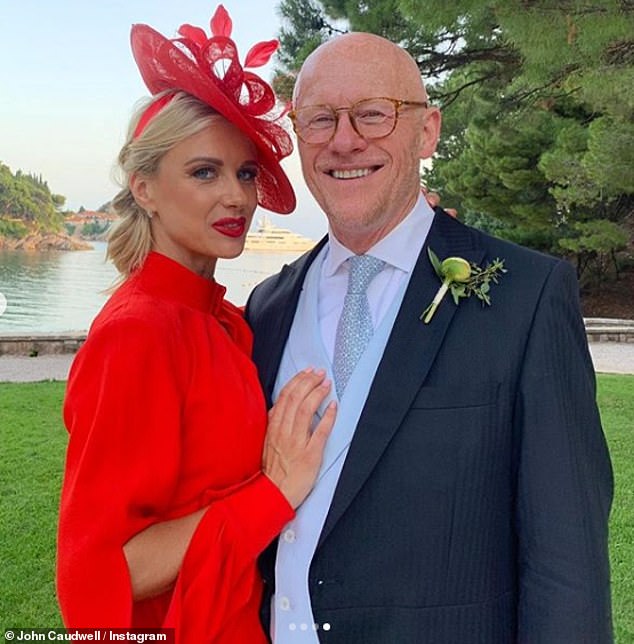 Where it all began: John met his Lithuanian partner, who has an eight-year-old son called Leonardo, at a cycling event and they have been together for five years

The former Olympic cyclist also has an eight-year-old son, Leonardo, from her first marriage, and she met her businessman beau shortly after her divorce.

According to Modesta, it was love at first sight as she said to the publication: ‘I think I’ve been searching all my life for a man like him. 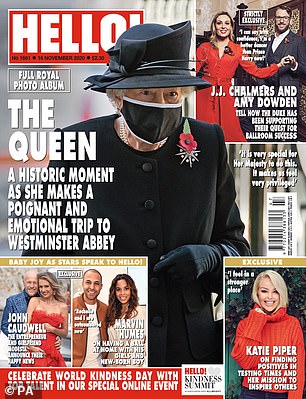 ‘I don’t need the luxury, just someone kind I can trust and who respects me.

‘John gives me all of that. I love that life is an adventure with him and we’re so happy. He’s my everything, and I can’t wait for our baby boy to be born.’

Caudwell faced backlash last month after suggesting the government should have made the public build up herd immunity against coronavirus.

He made the comments on Question Time as it returned to the BBC, saying: ‘I’ve been making the point from day one that we should’ve invested the money in protecting the aged and the vulnerable, and let everybody else build up herd immunity.’

Viewers were quick to respond to his comments, with one tweeting: ‘Something deeply sinister about a man who owns a £250 million mansion advocating herd immunity.

‘”We should have let Covid run through the population, as I know full well I wouldn’t have been impacted anyway as I’d be residing in my Bond-villain lair.”‘

Mr Caudwell, 67, is the 97th richest person in the UK, according to the Sunday Times Rich List. 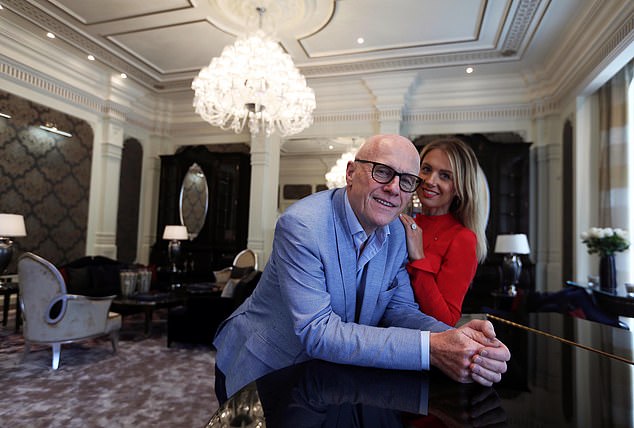 John Caudwell, 67, at the home in London’s Mayfair with his partner Modesta Vzesniauskaite, 36, a Lithuanian Olympic cyclist

In 2015, his son Rufus, then 20, fell ill with Lyme disease. Mr Caudwell later found that 15 members of his family had the disease as well as a range of co-infections.

Mr Caudwell set up the charities Caudwell Children and Caudwell LymeCo and has pledged to give away half of his wealth before he dies.

He sold his phones empire for £1.5 billion in 2006, and this year completed renovations on a 15-bedroom home by joining two Mayfair houses and turning them into one palatial mansion.

The father-of-five, who donated to the Conservative party last year, splashed out an eye-watering £87 million on the original properties in 2012, planning to restore their original period grandeur.

Caudwell was previously married to Kate McFarlane for 25 years. The marriage ended in 2001 and the couple share three children.

He went on to have a relationship with violinist Jane Burgess, with whom he had a daughter, before dating Claire Johnson for 15 years, with whom he shares a daughter. The couple separated in 2014.

The full interview is in Hello! out now.