JOHN HUMPHRYS: Europe’s trousers are falling down… and it’s not a laughing matter

Brian Rix, the King of Whitehall farces, would have been proud of the plot. A leading politician is caught by the police with his trousers down and tries to escape from a sex party by jumping through a first-floor window and shinning down a drainpipe.

He leaves behind two dozen men, many of them also politicians and diplomats — and almost all of them naked. He turns out to be the man who helped rewrite his country’s constitution.

This is no hilarious stage show. It happened last week above a gay bar in Brussels and ended in court when they were all fined 250 euros each for breaking coronavirus curfew rules.

The would-be escape artist was Jozsef Szajer, a leading Hungarian MEP and founding member of his country’s ruling party. To add to the surreal nature of the whole episode, Szajer was famous for . . . his support of family values and hard line on gay sex.

While he was legging it across the rooftops of Brussels, another drama was being played out across the Channel in the rather more sedate environment of Whitehall.

On one side of the table the Eurocrats, and on the other the Brits. At stake: whether we leave the EU on January 1 with a deal or without one.

Last night, negotiations appear to have taken a dramatic turn for the worse. But, given the nature of brinkmanship, it is possible that even as I write these words compromises are being agreed, a deal finalised, with diplomats smiling beneath their masks and touching elbows. If that’s so, we’re going to be hearing an awful lot of boasting over the next few days — from both sides. Sadly, neither side is likely to have much to boast about.

Saving face is what matters in this seemingly interminable process — at least as much for the EU as it is for us. That’s because the EU was founded on a dream that has been turning sour for some years now. The dream of an ever closer union.

True, there are many arch-federalists still out there. In the smaller countries such as Belgium and Luxembourg you hear of little else. And for the bureaucrats of Brussels there is no alternative. For the EU to survive it must thrive, and thriving means closer integration.

In the past, they were able to put the frighteners on any mutinous backsliders by threatening dire consequences if they resisted being drawn into a tighter embrace. But no longer.

It’s not just that one of those member states, Britain, has had the effrontery to say: ‘Stuff this for a game of soldiers — we’re off!’ It’s that so many of the remaining 27 seem increasingly unwilling to do what’s demanded of them.

The best example is what has been going on with the EU’s currency. The euro was very much the child of a crisis. When Soviet communism with its grip on Eastern Europe collapsed, the EU was faced with the prospect of an economically mighty West Germany becoming even more powerful through reunifying with the East.

To stop it happening and the EU becoming the ‘German EU’, France thought up the wheeze of keeping German power in check by abolishing the Deutschmark as well as all the other members’ currencies. Europe needed its own currency. The euro was created.

Some signed up. Some didn’t. Even so, it was the boldest move toward ‘ever closer union’ since the Common Market was born in 1957. But today the euro project is all but stalled.

Sceptics warned from the outset it wouldn’t work unless there were enormous handouts from the richer to the poorer countries. Supporters wearily replied: ‘We know. But let’s just wait for the next crisis and then, as usual, the handout will happen.’ 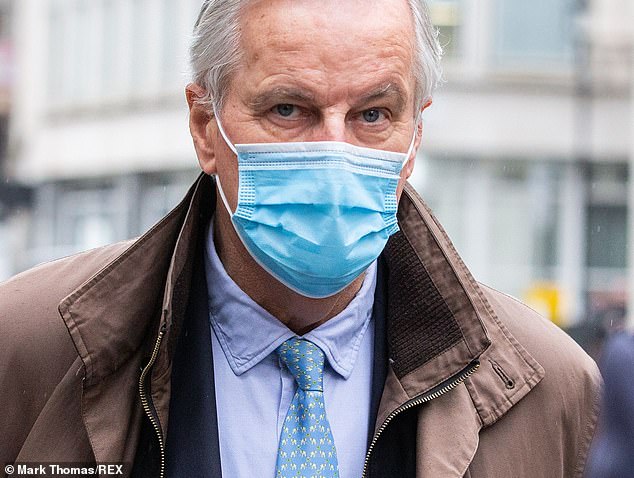 That crisis duly came in Greece, but the money didn’t materialise and the Greeks were essentially hung out to dry. The poor are poorer. The middle class has been decimated.

The Germans refuse to fork out the vast amounts needed for the next stage in developing the euro and they’re not alone.

Then there has been the crisis of mass immigration into Europe from Africa and the Middle East. Countries on the front line such as Italy and, again, Greece, are outraged at the flat refusal of some of their so-called partners in the EU to ‘take their share’. Their justification is simple. They’re foreigners. Not our problem. And they closed their borders.

The immigration crisis highlights an even more menacing threat to the EU, which was founded on the principle of liberal democracy: one which all members, old and new, were obliged to respect. That threat comes from EU countries whose governments take pride in being self-avowed ‘illiberal democracies’.

One such country is Hungary, home of the infamous Mr Szajer.

He stood four-square with the Prime Minister Viktor Orban as he laid waste to the country’s democratic institutions. The international think tank Freedom House has accused Orban’s government of asserting control over the opposition, the media, religious groups, academia, the courts, asylum seekers and the private sector. 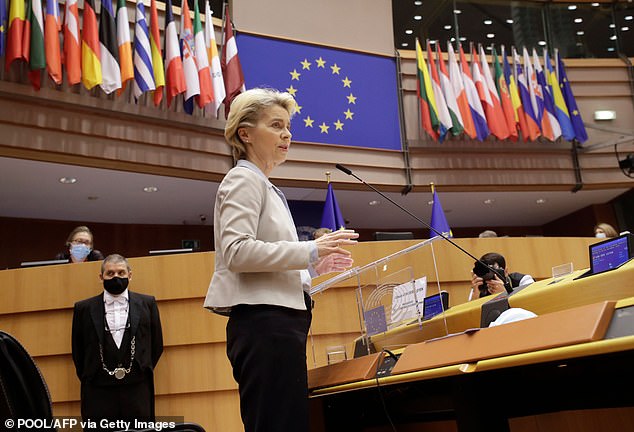 Katalin Cseh, one of Hungary’s few centrist MEPs, says: ‘If we do not do something now, it will threaten the stability of the union.’

Poland also stands accused of flouting the rule of law and liberal principles. Its president, Andrzej Duda, has warned that ‘LGBT ideology’ is more ‘destructive’ than Soviet communism.

Many in Brussels are watching aghast as the democratic norms enshrined in the founding principles of the union are disregarded. They watch, too, the blocking of an EU-wide Coronavirus Recovery Package worth €750bn, in which the richer countries would help the poorer, and which took for ever to hammer out. Brussels is now considering organising the rescue package outside the structures of the EU just to get it done. So much for ever closer union.

And they also watch how corruption flourishes in some of the newer members, such as Bulgaria, where polls show that 80 per cent of citizens believe corruption to be widespread. And it’s not alone.

There is growing unease among the older member states about whether the principles and beliefs that once stood at the heart of the European Union are now being flouted at will.

Whatever happens in those Brexit negotiations this weekend, it is likely that any celebrations in Brussels will be short-lived.

And for Britain? Even as one who voted Remain, I can’t help feeling we may have chosen a good time to shin down the drainpipe and leave.

What a week it has been for scientific and medical breakthroughs.

It began with approval for the first Covid-19 vaccine. Many lives will be saved.

The next day, scientists revealed what they say is a staggering breakthrough that could eventually save countless more.

The DeepMind computer has made a ‘once in a generation advance’ in learning how to predict the shape of proteins and how they do what they do. It may sound boring but the scientists say this changes everything. Research for a new drug that might take years could be done in days.

And the other breakthrough? I have discovered how to clean my teeth.

I now know I must use artificial intelligence. I have a new toothbrush which came with detailed instructions. To compare it with my old one is to compare a Tiger Moth with a stealth bomber. The blurb promises it will give me ‘the best tooth-brushing experience’ I have ever had.

There are just two problems. One is that I will have to use an app on my iPhone to connect the phone to the brush via Bluetooth.

The other is how to persuade myself that the world of pointless high-tech digital baloney which might have been put to practical use has not finally gone stark-staring bonkers.

Levin talks rise of ‘American Marxism’: Appeals to ‘people who don’t take responsibility for their own lives’

Building boss, 47, is jailed for 3 years for sexually assaulting lady as she slept

Hillsong member who tweeted about not having vaccine dies of COVID

Jeff Bezos is NOT an astronaut! FAA adjustments guidelines for the way it awards astronaut wings

The pandemic Video games are formally underway as athletes from 206 groups took half within the...